If National Streetlight Plan Works, India Will Save Rs 5,000 Cr Every Year 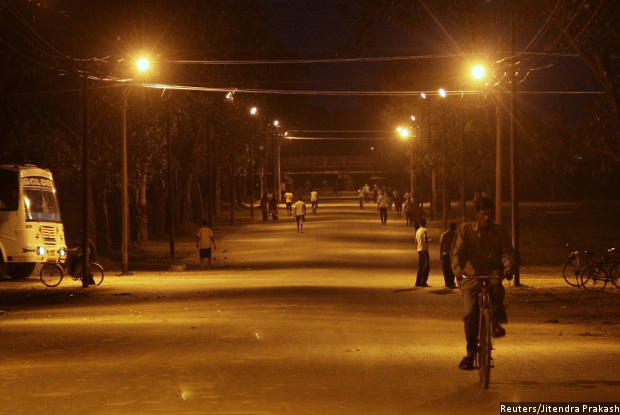 The plan is part of a 100-cities national programme, called the Street Lighting National Programme (#SLNP), launched by Prime Minister Narendra Modi in January 2015. When finished, the LED street lights will save municipalities Rs 5,000 crore every year, according to this September 2015 note from the Press Information Bureau.

The project is being implemented by Energy Efficiency Services (EESL), a joint venture company of public sector undertakings of the ministry of power.

EESL has installed 1.15 million LED bulbs across the country as on September 27, 2016, data show. The replacement is leading to saving of over 38 MW power every day.

As many as 163 million LED bulbs have been distributed across the country till September 27, data show.

While the LED programme is gaining momentum in India, a warning has been issued by the American Medical Association that LED street lights emit unseen blue light that can disturb sleep rhythms, the Washington Post reported in September 2016.