'If India Was Serious About TB, We Would Not Have Such A Staggering Disease Burden' 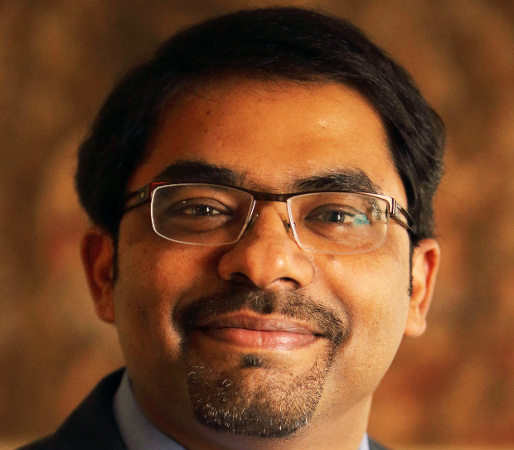 “India has under-invested in tuberculosis (TB) control for several decades,” Madhukar Pai, Canada research chair in epidemiology & global health at McGill University in Montreal, and the Associate Director of the McGill International TB Centre, told IndiaSpend in an email interview.

“Historically, India has promised a lot in health, but not delivered because of poor investment and weak implementation. So, my wish is for India to spend more on health, and take TB control more seriously,” said Pai, 46, who who did his medical training and community medicine residency in Vellore, India, before a PhD in epidemiology at UC Berkeley. He serves on several TB committees at the World Health Organization (WHO) and of the TB Alliance in New York, and has previously served on the Coordinating Board of the Stop TB Partnership. Pai’s research mainly focuses on improving diagnosis and treatment of tuberculosis, especially in high-burden countries such as India and South Africa.

TB, an infectious airborne disease, is treatable but the WHO estimates treatment does not reach 41% of India’s estimated patients, as IndiaSpend reported in October 2016.

About 2.5% of new TB cases are resistant to rifampicin, or to both rifampicin and isoniazid--the two most commonly used anti-TB drugs--while 60% of all previously treated TB cases were drug-resistant. Drug-resistant TB is more difficult and expensive to cure than regular TB.

Still, India’s gains in TB treatment are by no means negligible--from 1997 to 2016, India’s TB control programme saved 7.75 million lives, directly and indirectly through reduced transmission of TB, according to a February 2017 study.

Pai on why India still has the world’s largest TB burden, the country’s successes in TB control, and how it could eliminate the TB epidemic:

Why do you think TB has continued to be a major problem in India?

There are several factors that contribute to India’s enormous TB problem: Inadequate efforts to tackle key social determinants such as poverty, malnutrition and smoking that fuel the epidemic; under-investment in health in general, and in TB, in particular; implementation failures and a weak public health system with big gaps in the cascade of TB care (refers to all steps from the patient coming to a healthcare provider to completing treatment and becoming TB free); and a massive, largely unregulated private sector which offers suboptimal and highly variable quality of TB care, and is poorly engaged in TB control.

Is India doing enough to tackle the TB menace?

Not enough, in my opinion. India has under-invested in TB control for several decades, and that is why the country today accounts for nearly 27% of the world’s 10.4 million new TB cases, and 29% of the 1.8 million TB deaths globally. TB continues to rank among the top five causes of death at ages 30-69, with devastating social and economic consequences. If India had taken serious steps to tackle the TB problem, we would not have such a staggering disease burden.

Recently, the RNTCP published a draft of a new National Strategic Plan (NSP) for TB Elimination 2017-2025. The NSP, if approved, funded, and fully implemented represents a game change in the fight against TB in the country. In addition to strengthening RNTCP to improve services and outcomes for the 1.5 million patients in the public system, the NSP sets out a bold roadmap to reach out to private providers and provide support to the millions of patients treated in the private sector. The annual number of TB cases notified by private providers needs to increase tenfold by 2020, from 0.2 to 2 million. Building on promising pilot results in Mumbai, Patna and Mehsana, the NSP proposes to do so by providing incentives and/or enablers to providers; access to free drugs and diagnostic tests to patients; patient-centric adherence support to TB patients for retention in care.

The cost of implementing the new NSP is estimated at $2.5 billion over the first three years, a substantial increase over the current budget. Historically, despite being a highly cost-effective programme, and despite having a high absorptive capacity, RNTCP has struggled to receive funding that is commensurate with the scale of the epidemic. This simply cannot continue. India must start backing its ambitions with rupees. Therefore, the real test of whether the bold plan by the Health Ministry can be implemented and the ambitious target set by the Finance Ministry achieved will be whether enough resources can be mobilised to find, treat and offer quality care to all TB patients, regardless of where they seek care.

Do you think India will be able to eliminate the TB epidemic by 2025?

The NSP target is 2025, but I think it is an unrealistic goal. I think 2035 is more realistic, provided the NSP is fully funded and fully implemented. If that does not happen, then even the 2035 goal will be tough to meet. While I am excited to see the high-level political commitment and an ambitious NSP, my biggest concern is how India can go from rhetoric to real progress. Historically, India has promised a lot in health, but not delivered because of poor investment and weak implementation. So, my wish is for India to spend more on health, and take TB control more seriously.

What are the main challenges in diagnosing TB in India?

Most patients initially seek care in the private and/or informal sector. Studies show complicated, long care-seeking pathways, with TB diagnostic delays of up to two months, on average, with three care providers seen before diagnosis. When patients with TB seek care, care providers prefer to just treat with broad-spectrum antibiotics, rather than test for TB. This delays diagnosis considerably, and patients often bounce between providers. Thus, poor quality of care in the private and informal sectors is a big issue. About half a million TB patients do reach public health facilities but they are either not successfully diagnosed, or not started on treatment.

In the public sector, the RNTCP relies heavily on antiquated approaches, specially sputum smear microscopy (which can miss half of all TB cases, and cannot detect drug-resistance). Furthermore, while rapid molecular diagnostics such as Xpert MTB/RIF (GeneXpert) and line probe assays are available in the public system, access to patients is quite limited. Most TB patients do not get drug-susceptibility testing (DST). This means, we are often treating TB without knowing whether the drugs will work or not. By the time DST is done, patients may already have failed therapy and developed MDR (multidrug resistant) or XDR-TB (extremely drug-resistant TB).

What Are The Different Kinds Of Tuberculosis?

Caused by bacteria (Mycobacterium tuberculosis) that most often affect the lungs

Caused by Mycobacterium tuberculosis that do not respond to isoniazid and rifampicin, the two most powerful, first-line anti-TB drugs

Treatable and curable by using second-line drugs. However, second-line treatment options are limited and require extensive chemotherapy (up to two years of treatment) with medicines that are expensive and toxic.

Resistant to at least four of the core anti-TB drugs--two most powerful anti-TB drugs, isoniazid and rifampicin, in addition to resistance to any of the fluoroquinolones (such as levofloxacin or moxifloxacin) and to at least one of the three injectable second-line drugs (amikacin, capreomycin or kanamycin)

Can be cured, but with the current drugs available, the likelihood of success is much smaller than in patients with ordinary TB or even MDR-TB. Cure depends on the extent of the drug resistance, the severity of the disease and whether the patientOs immune system is compromised.

What should be done about these diagnostic challenges?

RNTCP cannot eliminate TB with century-old sputum smears. There is a desperate need for India to adopt modern, rapid, molecular tools. Countries like South Africa have done this.

The End TB Strategy, set out by the WHO, requires countries to routinely test all TB patients for drug-resistance. To reach this goal, we need better diagnostics to rapidly detect drug resistance, and available drug susceptibility tools such as Xpert MTB/RIF, line probe assays and liquid cultures must be scaled-up to reach more patients, in both public and private sectors.

How are poverty and malnutrition linked to TB?

WHO data for India suggest that low body mass index (BMI), indoor air pollution, and smoking are major risk factors for TB. These risk factors are concentrated in the poor. Members of the poorest quintile in India are at about six-fold higher risk for self-reported prevalent TB than those in the wealthiest quintile, and those in the poorest strata frequently share multiple risk factors for TB, notably malnutrition and indoor air pollution. So, India must seriously address these social factors that fuel the epidemic. RNTCP alone cannot tackle this--it will require inter-sectoral collaboration between multiple ministries, agencies, and civil society. There is also significant opportunity for inclusion of TB in social protection programmes, which can focus on prevention as well as protect patients from impoverishment.

What are India’s strengths and how can we leverage those in the fight against TB?

Despite the overall low investment in health, India has made impressive progress in some areas. India has been polio-free for over five years, and this success has provided huge momentum to global efforts to eradicate polio. Indian drug manufacturers are leaders in the production of generic vaccines, as well as TB and HIV drugs, accounting for more than 80% of the global market. The recent launch of a rotavirus vaccine produced in India has underscored the country’s potential for a leadership role in childhood vaccination. Indian companies are now developing innovative diagnostics, and India has a long tradition of good research in TB.

So, I would love to see these strengths leveraged for TB elimination. I would like to see Indian molecular technologies validated for scale-up. India has great strengths in IT (information technology), and it will be nice to see ICT solutions scaled-up for increasing TB case notifications and for tracking patients. I am happy to see the launch of the India TB Research Consortium (ITRC), to coordinate, fund, and spearhead quality TB research in the country.