If India Had Enough Lower-Court Judges, Delays Would Drop 83% 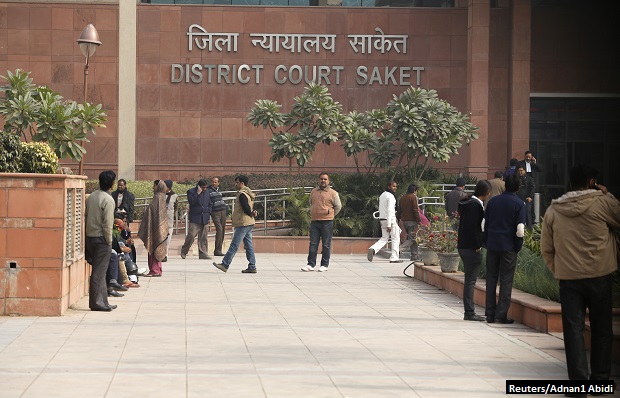 Cases decided over a five-year period—between 2009 and 2013—in India's district and subordinate courts--would have increased by 25%, if all judicial positions were filled, according to an analysis by former Central Information Commissioner Shailesh Gandhi, based on data obtained from Supreme Court reports.

The subordinate courts in Gujarat have the most vacancies—747 of the 1,963 sanctioned posts—and that could be why it will take 287 years to clear pending cases in Gujarat’s lower courts, as IndiaSpend reported in part one of this series.

The 2,045,261 cases pending in Gujarat’s subordinate courts, which would take 287 years to clear with 1,096 judges—that's how many there were on October 2015—will take only 10 years with 1,963 judges. This is even at the below-average efficiency of judges in the state (19 cases per judge against a national average of 43 cases).

Similarly, the justice system could be speeded up across India.

India faces 23% deficit of judges across all courts

India is short of almost 5,000 judges, leading to delayed judgments and pending cases in courts, an IndiaSpend analysis of data has found.

The first part of this three-part series revealed how 25 million cases were pending in India’s district and sessions courts. The second part of the series highlighted how two million cases have been on trial for a decade or more.

The average ratio of cases per judge in India, based on the sanctioned strength of judges in the Supreme Court (SC), the high courts (HC) and the subordinate courts and pending cases at the end of 2013 (an average of three years) was 1,625, according to data presented in the Lok Sabha (lower house of Parliament).

The Supreme Court had 28 judges while there were 633 high court judges as on August 1, 2015, according to data tabled in the Rajya Sabha (upper house of Parliament).

In terms of absolute numbers, the Allahabad High Court has the most vacancies--84 of the total approved strength of 160--among the 24 high courts. Punjab and Haryana HC (31) is second, followed by the Bombay HC (30), the Karnataka HC (30) and the Gujarat HC (23).

The Chhattisgarh HC faces the maximum deficit of judges to approved strength—59%, followed by the Allahabad HC (53%), the Karnataka HC (48%), the Himachal Pradesh HC (46%) and the Uttarakhand HC (45%).

The Kerala HC, the Meghalaya HC, the Sikkim HC and the Tripura HC are at full strength.

In terms of vacancies to the proportion of total sanctioned strength, Mizoram has the highest—54% or 36 vacancies of the total 67 approved judges.

Series concluded. You can read the first part here and second part here.