The Indian Council of Medical Research (ICMR) issued guidelines to start rapid antibody-based blood testing for people with flu-like symptoms (cough, cold, low-grade fever and sore throat) in clusters and large migration centres, finally agreeing to demands from states such as Kerala, Maharashtra and Chhattisgarh that pointed out the need for widespread testing.

In Kerala, the government started rapid testing on April 3, 2020, the state chief minister said, adding that patients with even one or two symptoms will be tested. 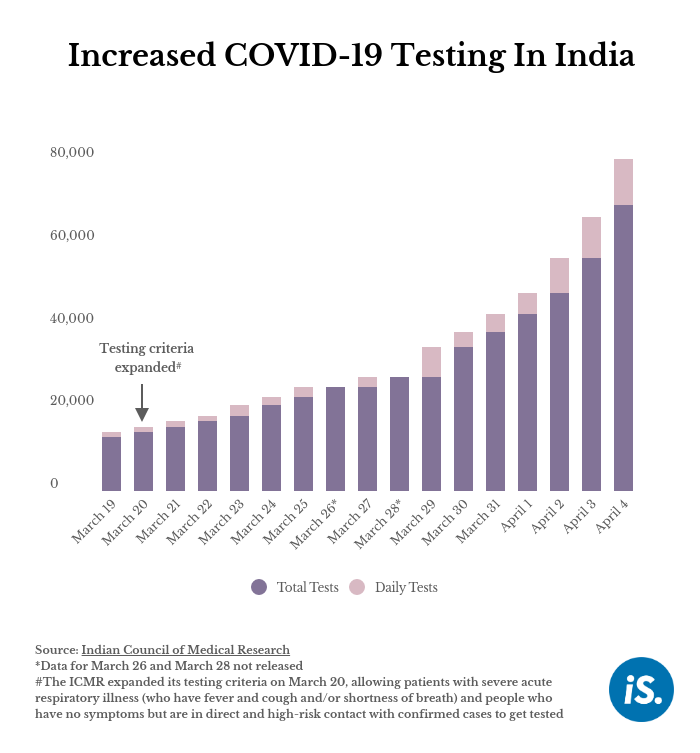 As more samples are tested everyday, testing capacity in India will reach its maximum in the near future, said ICMR director-general Balram Bhargava in a letter to the health ministry attached with the guidelines for rapid testing.

Meanwhile, our calculations showed the difference between the number of people tested by the government and the number of samples tested has been a constant and recurring figure of 890 every day. We tried asking officials what this could mean, but there is no clear answer yet.