How The Judicial System Fails Women Too 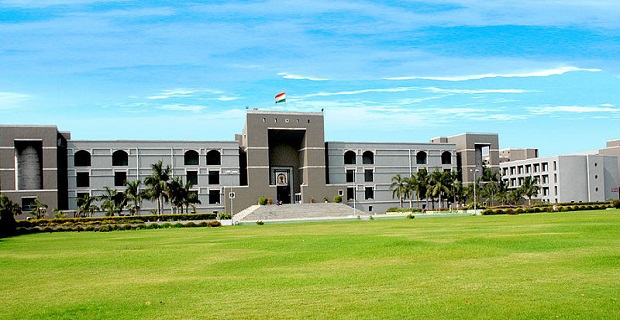 Crimes against women continue to rise as do the outrage over the incidents. The police are usually blamed for not creating the right deterrence or an atmosphere where women can feel safe, overall.

But is it just the police that are inefficient in dealing with crimes against women? Or is the judicial system failing women too? The answer is yes.

IndiaSpend earlier reported on the number of incidents of dowry deaths in India. Now we look at the disposal of the reported cases by various courts.

It is interesting to see the status of these cases. In 2012, only 14% of cases of dowry deaths were disposed off by the courts. The number of pending cases of dowry deaths has gone up steadily since 2001. At the same time, conviction rates have remained completely unchanged over the last decade.

So, even though the total number of cases for trial and number of cases pending have increased since 2001 for dowry deaths, trial completed and convictions have remained almost identical in 2001 and 2012.

Pending Cases on the Rise

Let us now look at data on disposal rates across the country:

Maharashtra also saw its disposal rate decline 50 % between 2001 and 2012. Most of the major states saw a similar decline in disposal rate except Gujarat which saw an increase in the disposal rate.

Added to this is the earlier mentioned problem of cases where trials are completed remaining unchanged as well. All of this means that while the numbers of cases going to trial are increasing, the courts have not shown expediency in disposing of these cases.

The table has been arranged, state-wise, in the order of low conviction rates. Gujarat had the lowest rate in 2001 as well as 2012. In fact, there were zero convictions in 2012 as against 4.5% in 2001. The all-India conviction rate has been around 32% over the period under review.

While the disposal rate for rape cases and dowry deaths were the same in 2012, interestingly, there were more convictions in cases of dowry deaths.

West Bengal and Andhra Pradesh have low conviction rates under both crime heads. While Gujarat has 15% convictions in rape cases, it had zero convictions in dowry death cases.

The custom of dowry and the violence attached to it is a social evil that has plagued our society for a large part of our history. The promise of swift and firm action by the police and judiciary are as important as awareness, education and gender sensitization.

The reality on the ground is anything but positive as the numbers of reported cases are higher than ever and the cases going to trial are increasing year on year. Neither legal deterrence nor awareness is helping in curbing the problem.

Questions regarding pending cases of dowry deaths were raised several times in the Parliament for which the government’s response has been establishing special courts for fast-tracking trials of offences against women, increasing the strength of judges and judicial officers at various levels and improving the physical infrastructure of courts, out-of-court settlements, alternate dispute resolution (ADR) like mediation and Lok Adalats.

A possible solution could lie in reforming the procedure for gathering evidence to make it easier for prosecutions to prove guilt and avoid cases of harassment and false cases. As it stands, there is a need for effective action to provide justice to the victims of this ever stronger social evil.

Divyajyoti Jaipuriar an advocate with the Human Rights Law Network, a division of the Socio-Legal Information Centre which is a non-profit legal aid and education organization working for women’s justice in India says the high number of pending cases is due to a very high cases/ court ratio, meaning that the courts are being overwhelmed by the number of cases going to trial every year.

Mr. Jaipuriar further says that there are two principal reasons for low conviction rates, onus to prove guilt beyond reasonable doubt falls on the prosecution and an inefficient prosecution has resulted in low conviction rate. Secondly, when cases take long periods of time to resolve, witnesses in the case lose interest and do not come to court to give the evidence and the accused gets acquitted due to lack of evidence.

The effect of long drawn litigation is felt by victims and relatives of victims who become frustrated and do not appear for hearings and so on. Even if they get justice after long periods, it is insufficient.