How Mysore Beat Chandigarh To Be India's Cleanest City 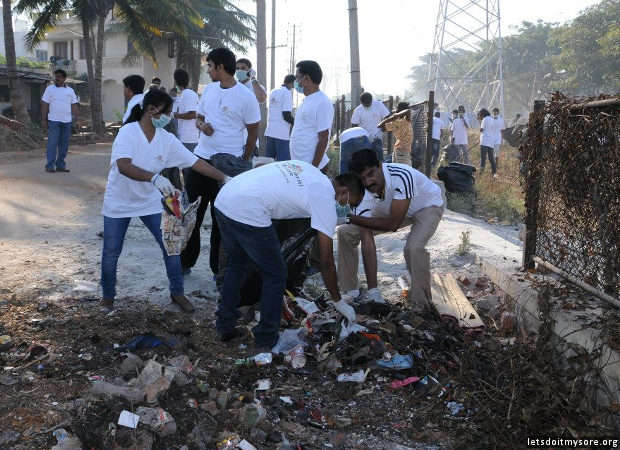 Chandigarh's 1.05 million people generate 370 tonnes of solid waste every day. The city employs 4,085 sweepers, which is 2.65 sweepers per km of road.

More than 95% of Chandigarh’s population is plugged in to a sewage network, and there are no open drains, entangled mess of overhead wires, narrow approach roads or market areas within residential spaces.

It is not a surprise that Chandigarh was ranked second in the sanitation survey but a Chandigarhian might wonder why the city did not finish first.

One might not see much garbage lying around in Chandigarh, but that doesn't imply that it is being disposed off smartly.

Having been born and brought up in Chandigarh, I have always found the city to be clean and charming: small and, relatively, sparsely peopled-- 114 sq km, 9,252 persons per sq km--alert administration and roads designed for easy cleaning.

Although sanitation standards fall away towards the more densely populated southern part, the system works.

Where Mysore scores is in its greater citizen participation, as a result of ‘Let’s do it Mysore’, a non-government initiative, which consistently involves people in trash segregation. Chandigarh also runs campaigns, especially the Swachh Bharat Abhiyan (Clean India Campaign) in educational institutes and offices, but these are one-time affairs or limited to efforts of certain religious groups.

Mysore segregates its garbage, Chandigarh does not

Of the 370 tonne waste that Chandigarh produces every day, 270 tonne goes to a garbage-processing plant run by a company of the Jaypee Group, which makes refuse-derived fuel pellets.

The remaining 100 tonne goes to a dumping site, beset by sanitary and administrative problems. As with most garbage mountains across India, those who live around Chandigarh's suffer its primitive methods. The company running it has also threatened to shut the plant if Municipal Corporation Chandigarh (MCC) does not pay a tipping fee--given by municipalities to private-processing plants for collecting and processing waste. The MCC refuses any payment because it transports the waste to the plant.

One solution to reduce the garbage produced is to segregate at source and recycle. Chandigarh does not do either, and this is the main reason why it does not match up to Mysore.

Mysore segregates at source and has nine waste-segregation plants that focus on producing quality manure. The sale of manure and dry waste like plastic adds to the revenue of its municipal corporation.

MCC Joint Commissioner Rajiv Gupta said Chandigarh wanted to segregate its garbage. “We are starting a pilot soon in four sectors for source-based segregation," he said. "Besides, a five-tonne capacity bio-methanation plant will start operating next month, which will generate electricity from organic waste."

In 2012, the garbage collectors went on strike when the corporation hired employees on contract for a pilot project. The dispute was resolved by an agreement that restricted contract labour to cleaning markets, but it hampers segregation efforts and forces punitive action.

Last year, the MCC issued 3,543 challans (notices) to people found littering in public spaces and earned Rs 6 lakh in fines. Those who refused to pay were prosecuted.

(Moudgil is a freelance consultant with India Water Portal, an online platform on water and sanitation.)

This story was first published here.