How Much Do You Spend On India's Highway Authority? 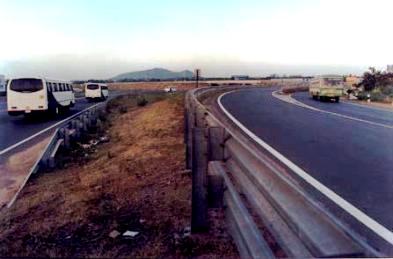 Why is the National Highway Authority of India (NHAI) farming out large sections of the country’s highways to private parties to collect additional tolls despite raising funds from elsewhere, notably a cess on petrol and diesel?

The answer possibly is that the funds raised through the cess, apart from the annual Budget Outlay, market borrowings and private sector contribution, are insufficient to fund the road construction, reconstruction and modernization efforts.

IndiaSpend’s Danielle Collaco filed a Right To Information (RTI) petition with the NHAI asking these questions including on the quantum of cess collected. The petition has come back with part-answers. While we await details, it is clear that private sector contribution to the road building pie is rising steadily. And with this, the cost of travelling by Indian roads is increasing too.

As a background, the NHAI manages a network 71,772 km of roads. National highways constitute only about 1.7% of the road network but carry about 40% of total traffic. NHAI’s mandate is to implement the National Highways Development Project (NHDP) India’s largest highway project.

The Golden Quadrilateral is the first phase of the NHDP. It connects the 4 main metropolises; Delhi, Mumbai, Chennai and Kolkata. The total length of the project is supposed to be 5,846 km. As on January 2012, about 5,829 km were completed.

Let’s now look at the spends and income at this point. First, how much cess does the Government collect? NHAI’s response to IndiaSpend’s RTI reveals that the Authority received Rs 7,405 crore as cess during 2009-10 while it received Rs 8,441 crore as cess during 2010-11. The response also states, as we know that the cess is not directly collected by NHAI, rather by the Finance Ministry which allocates it to different organisations.

And how much does the NHAI collect from the private tolls that are running presently? In the RTI reply, NHAI said that during 2010-11, the total collection from highway tolls was Rs 2,482 crore while during 2009-10, it was Rs 1,940 crore.

As a background, the NHAI offers projects on a Build Operate and Transfer (BOT) basis. Under the BOT model, the government gives the contract of building roads to a private party which agrees to finance, build, control and operate the facility for a limited period of time, which is normally 20 to 35 years.

After this period ends, the responsibility of the project is transferred to the Government. NHAI uses its funds to set up a Special Purpose Vehicles which act as borrowing funds for the private companies. The funds borrowed from the SPVs are repaid through toll revenues.

The NHAI also raises funds through market borrowing; NHAI raised Rs 10,000 crore in tax free bonds that got listed in February 2012. The funds approved and received by the National Highways Authority of India are showcased in the table below.

The Right To Information Application also gave a summary of expenditure from 2008 to 2011. As you can see from the table below, NHAI spent Rs 29,578 crore during 2010-11, which is lower than the target that had been set during Budget 2011. The expenditure by NHAI during 2011 is however higher than the previous two years.

Project expenditures out of Govt Funds

Expenditures by Private Sector (including SARDP-NE)

Lets step back and take a look at the allocations in Union Budget 2012-13, announced on March 16th. The Finance Minister had increased the overall allocation to the Ministry of Road Transport and Highways by 14 percent to Rs 30,798 crore. The NHAI was allocated Rs 11,436 crore, compared to Rs 10,343 crore in the previous year’s budget.