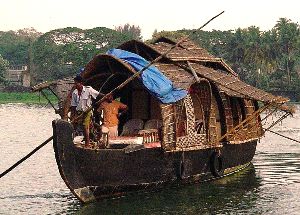 The difference was wider in urban Kerala – monthly per capita consumer expenditure of the top five per cent at Rs 17,356 was 20.1 times that of the bottom five per cent (Rs 862).

In comparison, the consumer expenditure inequity at the all-India level is a lot less stark – consumption expenditure of the top five per cent households in rural areas was 8.6 times that of the bottom five per cent and in urban areas, 14.7 times.

Kerala received over $11 billion in foreign remittances from overseas workers in 2012 and that perhaps has led to this glaring disparity. For that matter, households in Kerala can be divided into two halves, those dependent on overseas remittances, mainly from West Asia, and those earning incomes domestically.

Among the bigger states, consumer expenditure inequity was the least in Bihar. In rural Bihar, the richest five per cent consumed 4.6 times more than the poorest five per cent. In urban Bihar, it was 7.8 times more.

Wide variation can be seen in the average per capita consumer expenditure from state to state, both in rural and urban areas. That’s partly due to the composition of the basket of items consumed and prices of goods and services in each state.

For instance, consumption of cereals is lower in richer states than in the poorer ones. Richer consumers tend to switch cereals representing carbohydrates with proteins such as milk and dairy products, pulses and poultry products.

Inequality in consumption expenditure cannot be removed, and it persists across the world including high income nations. However, rapid, sustained and inclusive growth can ensure better income for the lowest rung of the consumers, which will help them access nutritious food, invest in basic comforts and spend more on education and health.

(The writer is a New Delhi based journalist)