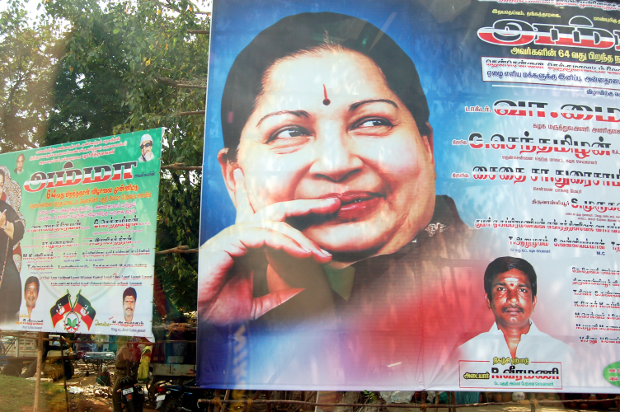 The Karnataka High Court Judgement acquitting J Jayalalitha and three others in the disproportionate assets case raised quite a few eye brows. The high court had rejected the trial court’s judgement on the case. Estimation of two major expenses (construction & marriage) were significantly reduced by the high court, which led to a huge reduction in assets. Also, income from loans and other sources was added to the income, leading to a rise in income. The disproportionate assets were then less than 10% of the income, leading to the acquittal.

There was incredulity across India when All India Anna DMK chief Jayaram Jayalalitha was acquitted by the Karnataka High Court after being convicted of corruption. Factly.in, a website that interprets public data, analysed the high court judgement to understand where it differed from that of the trial court. Here is a compilation of important areas of the judgement that led to the acquittal:

Hence the total cost of construction worked out to be slightly more than Rs 5 crore. This is significantly less than what the trial court said would be the cost of construction, which is close to Rs 27.8 crore. The high court also accepted the contention of the accused that some construction activity was undertaken by companies in which they had no stake. The high court said that the accused in the case have taken loans from various banks and that has to added to the income of the accused. It also said that the prosecution had lost count of this and calculated income ignoring these loans. Interestingly, all the loans given in the order only add up to Rs 10,67,31,274. If the Rs 1.5 crore loan was Rs 15 crore, the math would add up then. Only time will tell whether it is a printing mistake or a clear case of mathematical error by the judge. The high court accepted the contention of the accused that the gifts received by Jayalalitha on her birthday and also for her son’s wedding have to be included in the income. This also includes a foreign remittance of Rs 77 lakh. The court concluded that the income from gifts would be estimated as Rs 1.5 crore. The high court said the current case deals with alleged disproportionate assets between 1991 & 1996 when the accused was the chief minister. It accepted the contention of the accused that apparel, watches, sarees, gold etc. were acquired during her days as a film actress. The court also said that it is difficult to ascertain when these were bought in the absence of any evidence. Hence, all the items were omitted from assets.

Properties acquired by the accused

The high court said that there is no record or evidence to show that amount over and above the sale deed was paid for acquiring properties. Hence it accepted the sale deed amount of Rs 6.24 crore as the amount used for acquiring properties. It says the argument of the prosecution that more than Rs 20 crore was paid over and above the sales deed does not stand. The high court arrived at the final calculation of assets & income by including all the above observations. There are two significant changes from the calculation of the trial court. The construction cost was reduced by Rs 22.69 crore & the marriage expenses were reduced by Rs 6.16 crore. This is a total reduction of Rs 28.85 crore from the total assets of Rs 66.44 crore as arrived at by the trial court. The new total assets stood at Rs 37.59 crore. Similarly the total income was also arrived at by including some of the heads discussed above. The total income during this period worked out to be Rs 34.76 crore. The high court relied on the judgement of the Supreme Court in the Krishnanand Agnihotri case where it said that if disproportionate assets (DA) is to the extent of 10%, the accused are entitled for acquittal. It also relied on an Andhra Pradesh government circular in 1989 where it said that DA to the extent of 20% is also permissible. Thus Jayalalitha & the other accused were acquitted. (Dubbude has been working on issues related to the Right to Information for a decade. He is a data/information enthusiast & is passionate about governance/policy issues. Factly.in is dedicated to making public data meaningful.)