How Japanese Energy Demand Has Shut Down India’s Gas Plants 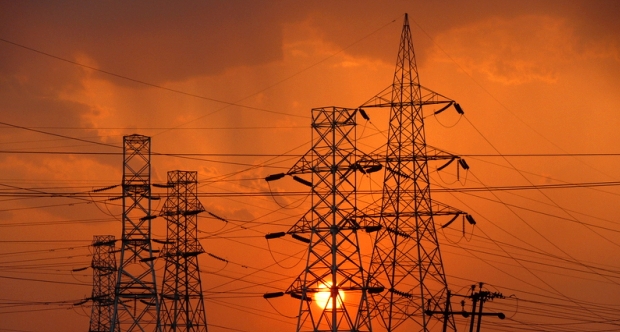 India is currently facing a natural gas crisis. The country currently has over 21,000 MW of natural gas-fired power plants. This is a little less than 10% of the entire power generation capacity installed in India, and represents investments running over $10 billion.

Numbers with IndiaSpend indicate that capacity utilisation for gas-based power plants has been consistently falling over the past four years. For the year ended March 2014, these plants operated at a capacity utilisation of below 25%! This means if a plant had the capacity to produce 100 units of electricity; it produced less than 25 units.

Clearly, things have gone wrong somewhere. Two key factors are responsible for this:

* Rise in price of natural gas internationally: India also imports liquefied natural gas (LNG) from countries like Qatar and Australia. LNG is costlier than domestically produced natural gas. Prices of LNG shot up in 2011 after Japan suffered a disastrous earthquake, shut off all their nuclear power plants and switched to natural gas. This pushed up LNG prices from $6-8/mmbtu to $16-18/mmbtu. As a result, LNG has become too expensive to be used as fuel for power generation.

Increase domestic gas production: So, what can the Government do? Setting the price of domestically produced gas at artificially low levels can’t help because it does nothing to improve the supply of gas. Apart from the Reliance-owned KG-D6, there have been other significant natural gas discoveries in the KG basin as well.

ONGC and Gujarat State Petroleum Corporation have also made significant discoveries (See table 1). Expediting natural gas production from these fields should be a top priority for the Government.

However, production from these fields will only be a small fraction of India’s overall gas requirement. There is another potential source of natural gas which is far more significant – shale gas. Shale gas is the name given to natural gas trapped in shale (a rock) formations. The gas is much more difficult to produce compared to traditional natural gas but production techniques have been developed in the US over the past decade.

Shale gas has become an important source of energy in the US, allowing that country to pull ahead of Saudi Arabia and Russia in hydrocarbon production. As a result of abundant shale gas, natural gas prices in the US are $4-5/mmbtu as against $15-16/mmbtu for LNG. 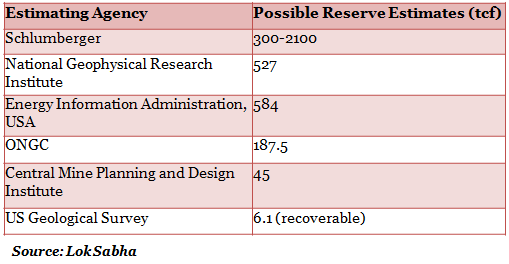 It needs to be pointed out that these are just raw estimates – most of them have come from US agencies, which have no first hand data on India. To get a clear idea of shale gas reserves in India and to get them to start producing, the Government needs to put in place appropriate policies.

One caveat is in order – shale gas production requires large volumes of water and may pollute ground water. Any policy also needs to specify how environmental damages will be dealt withand land-owners in affected areas suitably compensated. Given the environmental costs and the pace at which new projects get cleared in India, it will take time for any significant gas to come from this source.

The two measures suggested above deal with increasing gas production in India. India also has options to import gas. We already import LNG from Qatar and Australia. The primary problem with LNG is its high price. However, because of these high prices, LNG supply projects are being erected by countries rich in natural gas. A number of these terminals are coming up in the US, where gas is surplus and prices are low. Public sector major GAIL has already signed long-term contracts (20 years) with two of these projects for approximately six million tonne/year of LNG.

India also needs to develop other sources for LNG. One other option for India is Mozambique, which is relatively close and where large gas discoveries have been made in the recent years. Three Indian companies (BPCL, ONGC and Oil India) own a 30% stake in one major offshore gas field, estimated to hold 35-65 tcf of natural gas. Helping in development of this gas field and bringing this gas to India as LNG should be a priority for the Indian Government.

Two specific ways in which the Indian Government can help are:

* Companies like Gail can enter into long-term gas purchase agreements (similar to those with US companies) at a fair price. Such agreements will ensure that the project has buyers for its product and will ensure its viability.

* Indian banks can help arrange finance for the project. Cost of developing a gas field and associated LNG supply terminal can be over $10 billion.

Some of these are policy prescriptions and action points. Which may or may not be converted into action in the same manner. Which is fine. What is important is the need for action if we are to manage our energy needs.