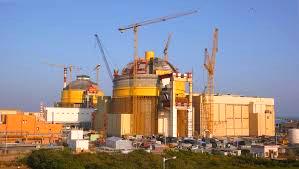 Nuclear energy seems to be one bright spot in the 10-year report card of the United Progressive Alliance (UPA) regime.

Readers may recall the signing of the Indo-US nuclear agreement in 2008, which led to the Left Front pulling support to the Government and scenes in the Parliament. While the Left Front still considers this to be ‘worst moment for the country’ five years down the line and close to the end of UPA’s term, the deal doesn’t appear all that bad.

India’s nuclear power generation is up, and of late, India’s armed forces have access to American defence equipment as well (a separate story of course).

At the time of signing the Indo-US agreement, 11 of India’s 17 nuclear power reactors were operating below capacity with load factors ranging from 23-68%. The overall capacity utilisation for India’s nuclear power plants was an abysmal 50%.

So, how has the situation panned out since? Not too badly, it seems, looking at the numbers. From 50% in FY09, the plant load factor for India’s nuclear reactors increased to 80% in FY13, in line with global averages. From April to January 2014, the utilisation inched up a bit further to 82%. In practical terms, this means India added (or brought back) almost 60% additional nuclear power capacity without spending a rupee.

Effectively, power generation from nuclear energy more than doubled in the past five years. Meanwhile, the generation capacity, which stood at 4,120 MW in 2009, has increased by a more modest amount to 4,780 MW. Obviously, improved access to fuel has made the difference.

However, in terms of new capacity added the picture doesn’t look that good – capacity went up just 16% in five years. However, these numbers don’t include 1,000 MW capacity added in Kudankulam, Tamil Nadu. The reactor was commissioned in later 2013 and supply isn’t regular as of now. Another 4,300 MW capacity is under construction as well. 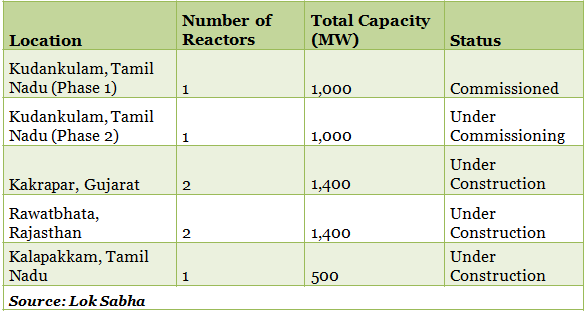 Even then, these numbers are well behind the projections that were being made in 2009, just after the deal was inked. In 2009, it was projected that India will have over 7,000 MW nuclear power capacity by 2011. That hasn’t happened. So, is that a failure of the deal?

Possibly not. From 2009 to now, there have been some material changes in attitudes towards nuclear energy. The Fukushima disaster of 2011 has pushed nuclear energy almost completely out of reckoning. Starting a new nuclear power project is much more difficult than it used to be. Japan and Germany, two major economies that relied on nuclear power, have almost entirely sworn off nuclear power for now. In India, too, projects have been hit by delays.

The Kudankulam nuclear reactor was almost entirely ready, and then idled for several months on back of protests led by environmentalists and local communities.

Any large project that starts now can bank on similar opposition right from inception. A case in the point is the Jaitapur Power Plant, which will have 2 reactors of 1,650 MW each, which is being built with French assistance. The project is already facing serious opposition, and likelihood of delays is high.