How India’s Judiciary Is Collapsing Under Its Own Weight 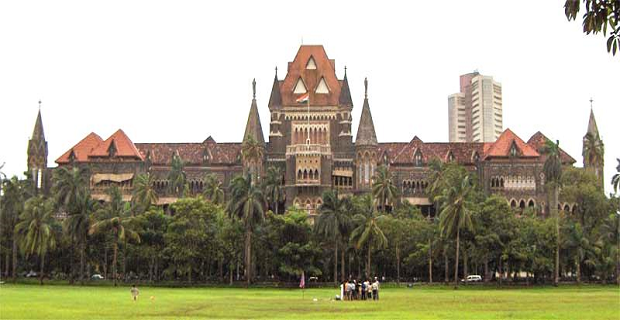 * Lower levels of judiciary have around 27 million pending cases; over 4 million cases are pending in 21 High Courts

* Uttar Pradesh has the maximum number of pending cases: 1 million in Allahabad High Court and nearly 6 million in lower courts

Appeals take years, if not decades to be heard and resolved.For two reasons. First, cases are adjourned indiscriminately. Second, there are just not enough judges in Indian courts, at any level. Worse, the low number of judges is directly related to a high number of pending cases.

As IndiaSpend reported earlier, 21 High Courts in the country are working at 2/3rd their capacity and 4.3 million cases are pending at this level of the judiciary.

Of the three levels of judiciary in the country, the High Courts have the highest number of judge vacancies but the subordinate courts at the state level have a higher number of pending cases, 26.8 million cases across states.

The Supreme Court is also burdened with about 69,000 pending cases. The apex court has a bench strength of 31 and is short of 3 judges: India’s judge– to– population ratio is only 13 judges per million. 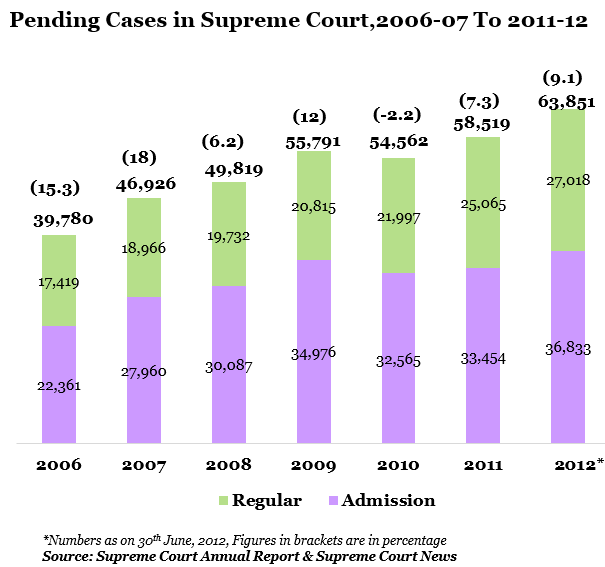 We can see that pending admission cases are a major chunk of the total pending cases. Pending cases declined in 2010 (down 2%) but increased the following year. 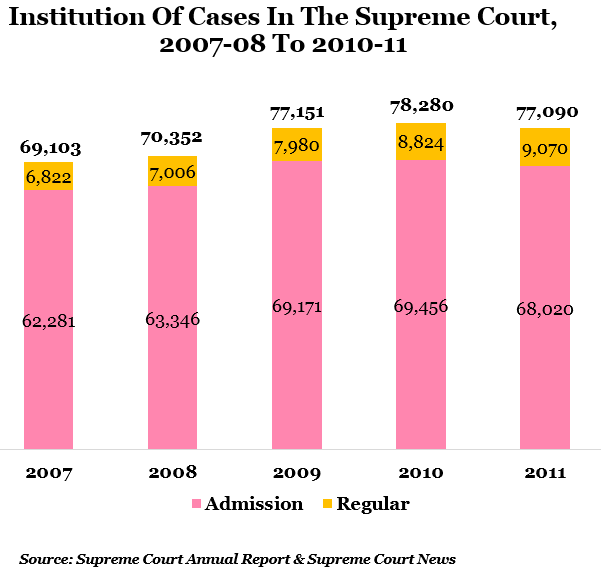 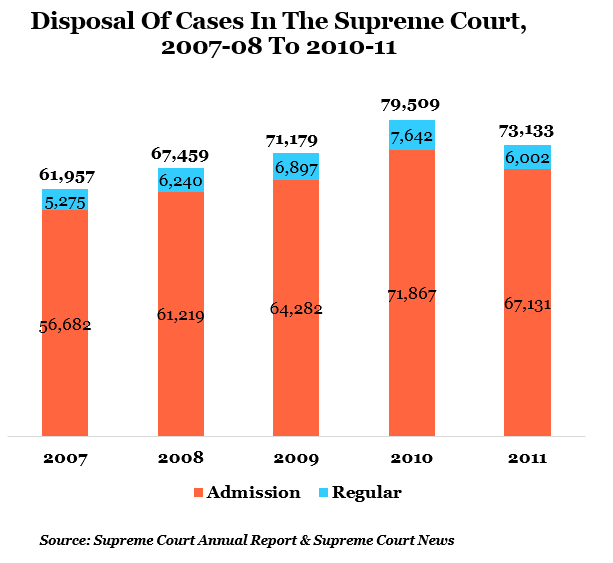 As the table above shows, the rate of cases being instituted in the Supreme Court is more than the rate of disposal, which is the source of the increase in pending cases.

The number of pending cases has been increasing consistently at an average of 3.5% every year. The data for 2012 is available only till June 2012, and is not included in this calculation. In some cases like Bombay High Court, the pending case figure has been held though it’s not really come down. 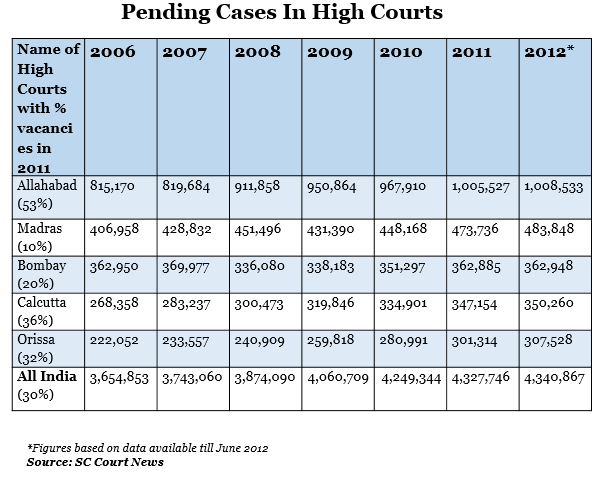 Incidentally, the top four courts i.e. Allahabad, Madras, Bombay and Calcutta, are the oldest courts in the country and most of them even precede the Supreme Court.

Pending cases in the lower judiciary across the country stand at about 27 million. This is a high number but one must understand that the number of cases instituted at this level is exponentially higher compared to the higher judiciaries (which are predominantly appellate courts).

On an average, pending cases at this level of the judiciary is increasing at only 1% and also showing a declining trend, but the numbers are still very high across the country. Uttar Pradesh contributes 5.7 million cases (it also has the highest vacancies) and is the highest in the country. Some of the other states having high pendency in the lower judiciary are Maharashtra, West Bengal, Gujarat and Bihar. 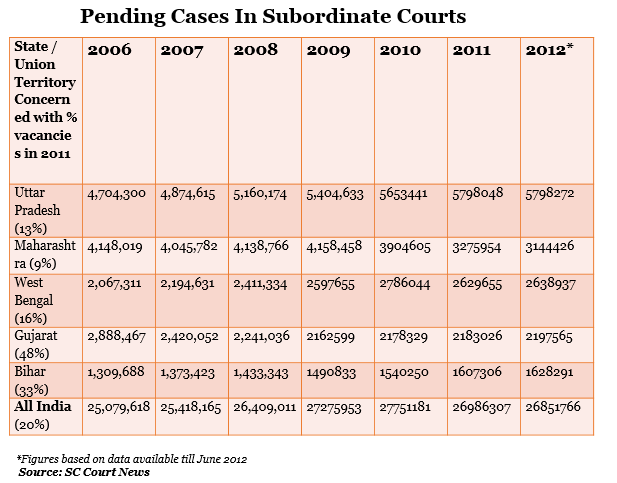 While a poor judge–to–population ratio and delays in filling vacancies go a long way in causing the increase in pendency of cases, simply increasing the strength of the judiciary will not in itself be sufficient if the Government seeks to reduce the pending cases in courts. Judicial reforms also have to be actively implemented in order to contain rising litigation.

The Planning Commission’s Working Group for the 12th Five Year Plan (2012 – 2017) in its report attributes the increase in litigation due to the following reasons:

Addressing issues pointed out by the Planning Commission, along with judicial reforms, must be the top priority for the Government if it has to reduce the problem of pendency in courts and realise the vision of accessible justice for all. It’s also an issue which ought not to face much parliamentary resistance.