How Indian Cities Can Budget For Women's Needs 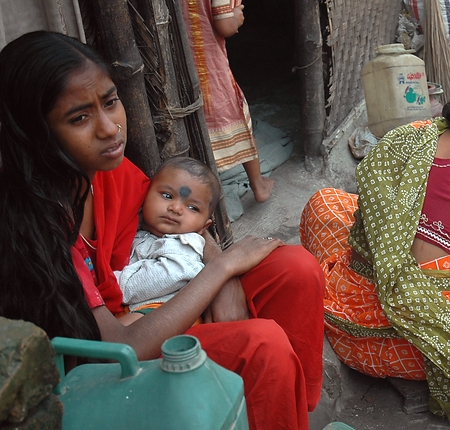 Gender budgeting was introduced in Maharashtra after a government resolution was issued in 2006. The resolution mandated that after meeting the expenditure committed to by the municipal corporation, 5% of the balance be kept reserved for the work done by women and child welfare committees. This is an extremely important step as investing in gender equality not only helps fight violence against women, but also helps achieve developmental goals such aspoverty alleviation, livelihood enhancement and access to education.

Government of Maharashtra adopted the principle that 'Empowerment of women means development of the country' in 1994 and published a 'Women Policy'. A revised policy was announced in 2001 and the third edition of the policy has been published in 2013. It is not a matter of debate that these are very well-intended policy documents but the real question is: do these policies ever get implemented? Can the government "walk the talk", as it were?

Mumbai is among the few cities in the country that has adopted gender budgeting at the local level and constituted a separate section in its budget. Though the government resolution was passed in 2006, Mumbai Corporation of Greater Mumbai (MCGM) introduced gender budgeting only three years later in 2009-10. On MCGM's website, the gender budget chapter can be viewed as a separate document though, and MCGM should be lauded for its efforts. But are these efforts enough to improve the quality of life of our Mahila Mumbaikars?

Let us not forget that over half of Mumbai's 12.4 million population live in slums, which means that 3.1 million women could be living there, a figure equivalent to the population of Pune, the second most populated city in Maharashtra.

Here are some of the key features of Mumbai's Gender budget according to the 2014-15 budget estimates:

• MCGM to spend Rs 0.96 crore through a revolving fundon support for 4,858 women in the slums of Mumbai. That is 0.16% of Mumbai's female slum dwellers with a per capita support of approximately Rs 164 per month.

• Construction of women's toilets at crowded places in Mumbai gets an allocation of Rs 1 crore whereas training for self defence has been allocated Rs 2 crore.

• Almost 52% of Mumbai's gender budget (Rs 305.5 crore) is allocated for maternal and child care. Mumbai's infant mortality rate—number of baby deaths per thousand live births—stands at 26, much lower than the national average of 44.

• Sanitation gets Rs 37.5 crore under the gender budget with Rs 33.5 crore allocated for building community toilets, but it is not specified if these toilets are meant only for women.

• Scholarship for girl child has been allocated Rs 46.71 crore.

However, it is to be noted that these are budgeted figures, not actual. Following are the actual figures of the past three years:

All that this serves to show is that an in-depth, multi-layered analysis will be required to assess the impact of 'Gender budget' on the lives of women in Mumbai and, through a participatory approach, present recommendations to MCGM.

(Naim Keruwala is an assistant director at Janwani, a Pune-based NGO working towards the holistic & sustainable development of Pune metropolitan region. It aims at providing research-based participatory solutions to the complex problems faced by the cities of Pune &Pimpri Chinchwad. Janwani has collaborated with UN Women and National Foundation for India to assess and prepare a 'Gender responsive micro plan in Pune'.)

This article is a part of our series "Mumbai Special: The Revival Agenda". You can read the whole series here.