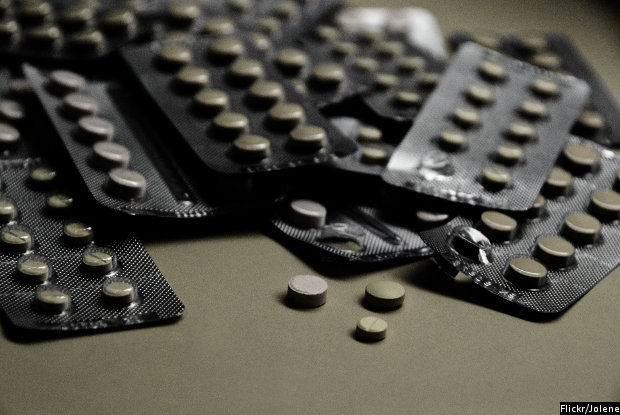 A 17-year-old Kolkata boy was prescribed Dapsone, an antibiotic, for a skin problem, and developed severe, potentially fatal, side effects. The doctor could not diagnose the condition, Dapsone syndrome, nor did he report the side effects to the Pharmacovigilance Programme of India, a government watchdog. It took visits to two speciality hospitals, a fortnight’s stay in an intensive-care unit, and a week in a ward to bring the boy back from the brink of death.

With 10% of 3.63 trillion medicines popped worldwide in 2015, India is the world’s third-largest medicine market. It stands to scientific reason that these drugs will have side effects. Yet, in 2013, India reported no more than 2% of globally occurring adverse drug reactions (ADRs), jargon for side effects of medicines, logged in Vigibase, a database maintained by the Uppsala Monitoring Centre, a World Health Organisation collaborating centre for international drug monitoring.

It isn’t as if drugs have fewer side effects in India. Serious effects were seen in 6.7% of patients, a 2014 study reported. Other studies have cited drug side effects as the reason for 3.4% of hospital admissions in India, 3.7% hospital readmissions, and 1.8% mortality. In the developed world, adverse reactions are believed to be the fourth-leading cause of death.

Within India, the ADR reporting rate (ADRs reported per million population) has almost doubled in the last three years to 40, but it is lower than 130, the average ADR reporting rate for high-income countries, and clearly disproportionate to the country’s population and medicine consumption.

In other words, India addresses the problem of adverse drug reactions by ignoring or not reporting the data. That could prove costly, said experts, if it isn’t already.

Reporting the side effects of a drug could help determine if the medicine should stay or be pulled off shelves. A medicine labelled safe for clinical use after trials could still be found to be dangerous--as it happened with Rofecoxib, a non-steroidal anti-inflammatory drug, a runaway success after its 1999 launch.

Between its launch and 2004, Rofecoxib reportedly caused between 88,000 and 140,000 cardiac events. This forced Merck, a pharma multinational and the drug’s maker, to voluntarily withdraw it from the US market, in turn prompting a ban in India, although no significant cardiac event was reported as a side effect.

In 2004, pharmacovigilance in India existed only on paper, although formal monitoring began 18 years before that, in 1986, and India signed up to the WHO Programme for International Drug Monitoring in 1997. Reporting was lax until the launch of the Pharmacovigilance Programme of India in 2010.

Carelessness, insensitivity among reasons for India’s poor reporting of side effects

Drug side effects in India are scarcely reported, even in scientific literature.

A 65-year-old woman with cardiovascular disease developed chest pain after being put on Nimesulide, a popular pain-killer, for fracture-related pain, as this 2003 study reported. Swapping Nimesulide with an alternative, Ibuprofen, quickly alleviated the chest pain.

A 78-year-old man with heart disease was prescribed Nimesulide for a wrist injury. He developed breathlessness, blue pallor and restlessness, and quickly succumbed to further complications, another 2004 study reported.

On the Naranjo scale—a scale developed by Canadian pharmacologist Claudio Naranjo and others to assess the causality for an adverse drug reaction—the complications the 78-year-old patient developed after taking Nimesulide scored two, indicating the drug could ‘possibly’ have been the cause of cardiac artery insufficiency, a shortage of blood in one or more coronary arteries.

Nimesulide has been available in India since 1997. It currently sells as Nice (listed as a ‘top brand’ on Dr Reddy’s Laboratories) and Nimulid MD (on Panacea Biotech). Nimesulide has never been licensed for use in the US, UK, Australia, New Zealand and Canada.

“Hoping to drive further investigation on the drug, I presented these cases in academic conferences. But all that happened was Nimesulide became a ‘hot’ topic of discussion in academic meetings for some time,” said Rahman.

Over a decade later, a group of experts ruled that Nimesulide adversely affects the liver in children and should not be prescribed, said Gupta. So, Nimesulide was banned for children in 2011 (the Panacea website still lists Nimulid MD Kid as being available.)

To ban or not to ban: India needs data-driven action

Reporting adverse drug reactions makes the experience of a few physicians available to the entire country.

“The occurrence of serious ADRs could lead a drug to be banned; or suspended pending the generation of more evidence; or confined for use in a specific population, age group, condition or dose,” said Gupta.

Or, the manufacturer could be asked to add further information on the drug label or insert.

However, sometimes in India, a drug ban has been reversed in court or by the regulatory authority.

In 1996, the Indian government banned the combination of the painkiller Analgin with any other drugs. Globally, such combinations have been banned for being less safe than Analgin alone. Analgin per se is banned in the US, Australia, Japan and Canada.

An India ban on Analgin came through in June 2013. But the government revoked the suspension in March 2014, permitting sales, as long as the product carried a specific warning.

Vigiaccess.org, the database of globally occurring side effects, lists 2,005 ADRs of Analgin as being of Asian-origin, presumably including India. Ideally, the drug-maker should be informed of such ADRs.

“No adverse side effects for our product have been reported to us,” said a Sanofi India spokesperson. Phenylpropanolamine, an ingredient of popular cold medicines, was banned in 2011, but the Madras High Court has stayed the ban—“for want of India-specific data,” said Gupta.

Watch out for side effects with a slow onset

Side effects are usually thought of as an immediate adverse drug reaction. That's not always the case.

For instance, a blockbuster diabetes drug, Metformin, reduces the absorption of Vitamin B12 from dietary sources, according to this 2014 study.

“A deficiency of vitamin B12 can, in turn, cause mental disabilities, slowness, forgetfulness, and, most significantly, exacerbate the onset and progression of diabetic neuropathy, a disease of the nerves that commonly occurs in advanced diabetes patients,” said study co-author, Atul Gogia, consultant, Internal Medicine, at Sir Ganga Ram Hospital, New Delhi.

“Vegetarian diabetes patients could especially be at high risk of developing vitamin B12 deficiency because of the combination of their diet and prescription,” said Gogia. “Now we get patients’ vitamin B12 levels tested and prescribe them supplements if needed.”

In 2015, the ADR monitoring centre of the PvPI at IGIMS, Patna, added a footnote to the hospital’s out-patient card. It read, in Hindi: “ADR reporting is in your interest as well as in public interest.”

“Publicising the toll-free number and other contact numbers (my own) has pushed up the reporting rate by 50%, from an average of 20 incidents per month to 30 per month,” said Harihar Dikshit, head, Department of Pharmacology, Indira Gandhi Institute of Medical Sciences, Patna, one of 150 Indian ADR Monitoring Centres, who won a government award for his initiative.

“Among the most commonly reported side effects on the toll-free line are nausea, vomiting, headache, diarrhoea, feeling cold (chills) and fever,” he said.

It is easier for patients to identify and describe the side effect when they are on one drug. But side effects are more likely in patients on several medications.