How India Got 2000% Return On Anti-Malaria Investment 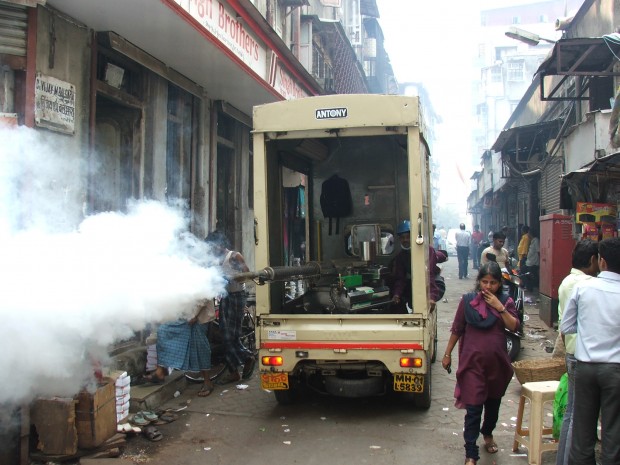 The World Health Organisation’s World Malaria Report 2014, released last week, indicates dramatic success against malaria, with mortality rates down by 47% globally since 2000, and 55 countries, including India, on track to reduce their malaria burden by 75% next year.

Without much publicity, India got many things right in the war against malaria. A cost–benefit analysis has calculated that each rupee invested by the National Malaria Control Program pays a dividend of Rs 19.7.

Malaria along with six other diseases (HIV/AIDS, tuberculosis, measles, hepatitis B, diarrhoea, and pneumonia) imposes a great socio-economic burden and accounted for 85% of the global infectious disease burden, according to a retrospective study.

“The parasite has been killing children and sapping the strength of whole populations for tens of thousands of years. It will take leadership, innovation, and money to plan for malaria’s eventual eradication,” said billionaire Bill Gates, co-chair of the Bill and Melinda Gates Foundation, which funds various interventions against the disease. “Now, we can chart a course to end it.”

“The recent findings in the WHO report of 2014 indicate that the world is continuing to make impressive progress in reducing malaria cases and deaths,” wrote Margaret Chan, WHO Director General.

But, it is not yet time to celebrate this hard-won achievement, not in India, Dr G S Sonal, Additional Director, National Vector Borne Diseases Control Programme (NVBDCP), told IndiaSpend.

Malaria and its cat-and-mouse game with India

Since then, as living conditions and accessibility to good health care improved, the conditions for malaria transmission have been steadily eroded.

“There have been many factors and sustained efforts over the years that have contributed to this steady decline of malaria in India, and we need to maintain the momentum,” said Dr. Sonal.

In 2006, there was a spike in India’s malaria-related deaths, with 1707 deaths reported. Although this could be attributed to multiple factors, including climatic fluctuations, population movements, and extreme weather, there is always a chance that numbers may fluctuate, said Dr. Sonal.

Following that blip in the graph, malaria-related death cases in India have gradually declined to 316 as of October 2014.

Concerted anti-malaria campaigns, the increased availability of and accessibility to rapid diagnostic tests (RDT), the use of artemesinin-based combination therapies (ACT), community mobilisation, efforts such as the involvement of accredited social health activists (ASHAs), have together helped contain the spread of malaria.

The government's anti-malaria programmes have proved excellent investments. Researchers calculate that if annual malaria cases estimated by the National Institute of Malaria Research were taken into account, the economic cost (of treatment, hospitalisation, etc) would be Rs 6,860 crores (approx. $1.08 billion) and the expenditure on malaria-control would be Rs 346.79 crores (approx. $54.81 million).

The net savings would be Rs 6513.21 crores ($1.03 billion). So, the benefits of implementing a malaria-control program far outweigh the economic ravages of malaria.

Malaria and humans, evolving together

Malaria stubbornly remains one of the oldest diseases plaguing humans, and you could say that man and malaria have evolved together.

When humans shed their hunter-gatherer lifestyle and adopted agriculture-based lifestyles, the new environment led to an increase in human density and small water collections in these human settlements. This was a very favourable environment for the mosquito. Concurrently, certain strains of the ancestral malaria parasites that had adapted to the blood-feeding habits of their mosquito hosts began to flourish.

And, so began the long and difficult coexistence with malaria.

Malaria flourished during periods of wars and upheavals in human history, and reached its zenith during the 19th century. During this period, more than half the world’s population was at risk.

Of those infected, at least one in 10 could expect to die. Toward the close of that century, with improvements in living conditions, access to advanced healthcare, and concerted global efforts, malaria cases began to decline globally.

By the mid-1930s, most of Western Europe had rid itself of the malaria burden; two decades later, the United States had successfully eradicated malaria. Today, the chances of a North American or a European dying from malaria are slim; it could only happen if the person was travelling in a malaria-prone war or conflict zone in the tropics with no chance of medical attention.

Although malaria still exists in less than 100 countries across Sub-Saharan Africa, South Asia, Latin America, and some parts of the Middle East, owing to sustained global efforts, fewer and fewer people are infected or die of the disease annually. This indicates that malaria interventions being employed globally are effective. However, many countries, including India, are still far from achieving complete eradication of malaria.

What of other mosquito-borne diseases?

In the late 1940s and early 1950s, national malaria control campaigns were established in India. Under the guidance of the then newly formed World Health Organization, vast reductions in malaria incidence and mortality were achieved through the extensive use of the insecticide DDT, later discovered as being highly toxic to humans.

Today, there continue to be high-risk areas in India concentrated in the North East. There there are also intermittent reports of drug resistance in Karnataka, Chhattisgarh, Jharkhand, Madhya Pradesh, and Orissa.

In these high-focus areas, the National Drug Policy on Malaria recommends the use of ACT-AL (Artesunate+Sulphadoxine+Pyrimethamine – Artemether-Lumefantrine) based combination therapy for the treatment of infected cases.

Across South Asia too, there have been reports of the malaria parasite becoming resistant to the drug artemisinin, the frontline drug against malaria. This drug resistance is emerging in Cambodia, Laos, Myanmar, Thailand, and Vietnam. There is now concern that these strains could spread to India.

Artemisinin monotherapy use was widespread across India in 2008. However, following reports of increased drug resistance to artemisinin, the WHO advocated the use of artemisinin-based combination therapy instead.

Given the current scenario, there are three goals to the management of malaria: to treat those who are infected as quickly and effectively as possible; to reduce the numbers of those who are at risk of becoming infected; and to guard against the development and spread of drug resistance.

Dr. Sonal emphasised that sustained community mobilisation and efforts to reduce human-mosquito contact can further reduce risk. It would be ideal if the cleanliness drive kick started by the Prime Minister included clean-up drives to eliminate breeding hotspots of mosquitoes.

Although mosquitoes breed in water, anything that can hold water for a week or so can be happy mosquito breeding grounds. Dr. Sonal said the construction of buildings and other infrastructure, which receive clearances from different departments, would do well to include public-health clearances.

As a 2014 study based in Chennai shows, identifying and tackling malaria hotspots appear to be one of the best approaches to systematically addressing the disease’s threat.

As malaria wanes, Chikungunya and Dengue are the two other mosquito-borne diseases—both transmitted by viruses—that appear to be spreading across South-East Asia, India, and sub-Saharan Africa, according to the WHO. There is no specific antiviral drug treatment or commercial vaccine for either.

Federico Caprotti, in his book Mussolini's Cities: Internal Colonialism in Italy, 1930-1939, describes how it took a dictator like Mussolini to rid low-lying Italian swamps of malaria, which had plagued the region since Roman times. Once the marshland was drained through canals dug by the dictator’s troops, the region turned into a lush agricultural zone. The popularity surge that ensued is believed to have helped Mussolini take control in Italy.

If a heavy-handed dictator could be a bad prognosis for malaria, the era of a strong Prime Minister in India could, perhaps, make some difference at this critical juncture in the war against malaria.