How Gujaratis Love Gujarat (And Other Migration Stories) 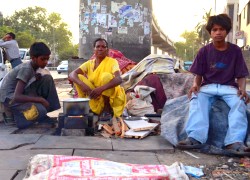 India has always witnessed a fair amount of internal migration. Over the years, the patterns have become fairly predictable, mostly rural to urban areas and from poorer, more populous states to more prosperous states.

More interestingly, states like Gujarat have the least out-migration, at least relatively. Or put another way, lesser Gujaratis leave the state to work outside. Gujarat is followed by Maharashtra. 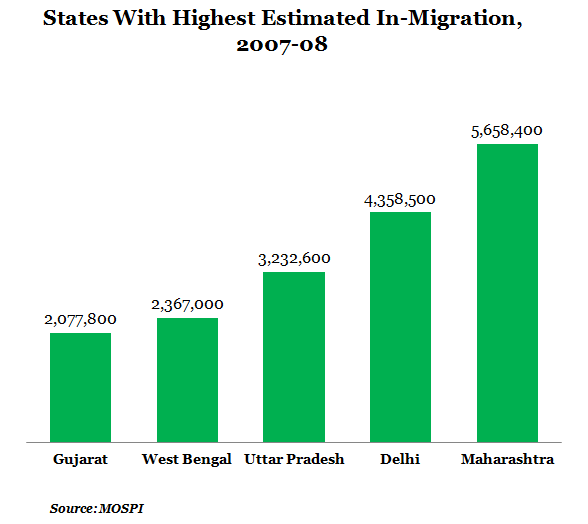 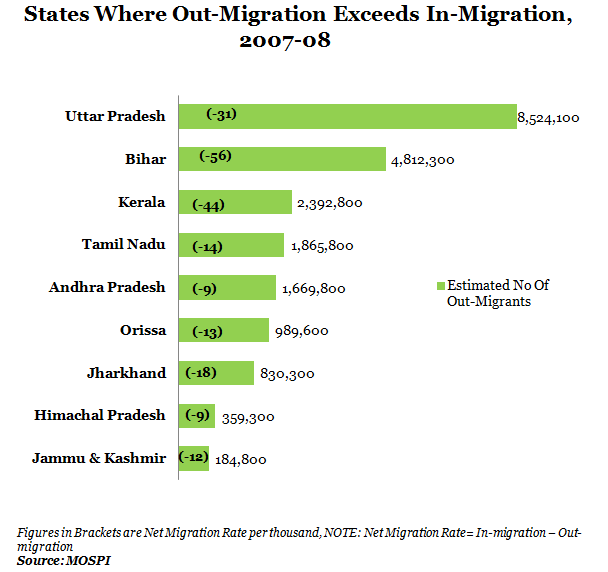 Not surprisingly again, the demographic profile of many states is affected by out-migration. In an earlier report, IndiaSpend spoke of how some states in India are ageing at a rate comparable to Scandinavian countries. 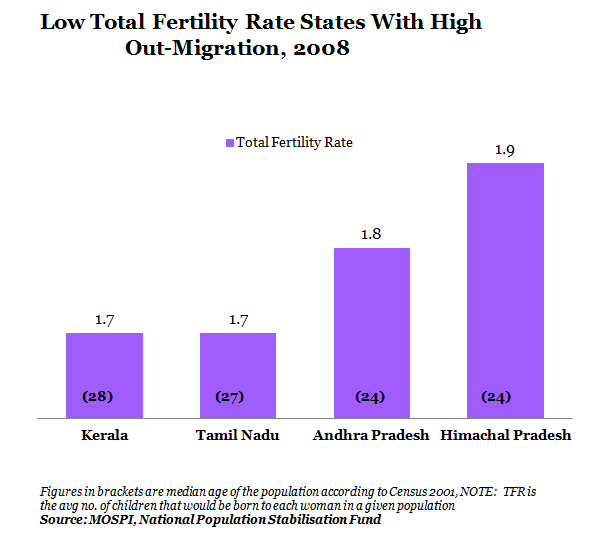 So, states like Kerala, Tamil Nadu, Andhra Pradesh and Himachal are among the top 10 states of India where out-migration exceeds in-migration. These are also among the top states with fertility rates below the replacement level.

Studies across the world have established that when incomes rise, there is a fall in fertility rates. These states do show a steady growth in Gross State Domestic Product (GSDP) according to Planning Commission data. This means that rising incomes can be attributed to falling fertility rates. But on the net migration scale, these states have more out-migration. So, one reason for the increase in the median age of population could be the out-migration of the population, especially the working population.

And then there are states that have high fertility rates, low median age and also high out-migration. 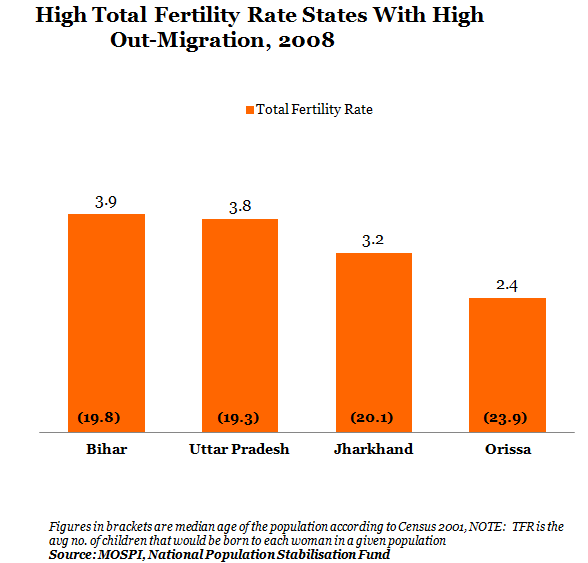 States like Bihar, Uttar Pradesh, Jharkhand and Orissa are amongst the most backward states of India. The reason for high out-migration in these states has been shortage of employment opportunities. High poverty in these regions is also responsible for low human development and hence higher fertility rates.

Gujarat is a peculiar state in this context: the state has high development rates and at the same time, a moderate fertility rate of 2.5 and median age of 23.6. The below poverty line (BPL) population in Gujarat is 23%, according to the 2009-10 Tendulkar Committee estimate. That is lower than the 29% average of India’s BPL population. 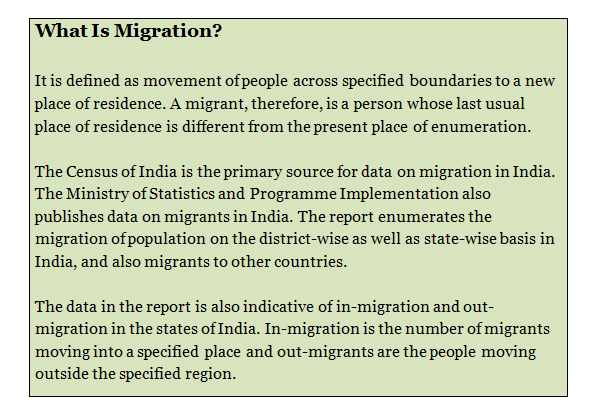