How Delhi Keeps Women Out Of Elections 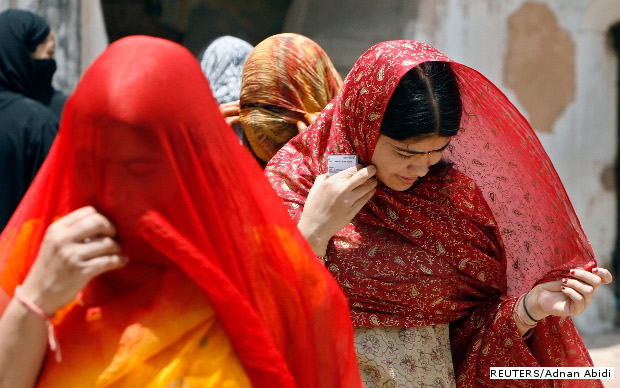 With Kiran Bedi leading the Delhi election campaign for the Bharatiya Janata Party (BJP) and Sheila Dixit already having been chief minister for three terms, it might appear that women have a significant role to play in the February 7 elections.

Instead, the data show that the percentage of female candidates has declined from 10.2% during the 2008 elections to 9.4% for the forthcoming elections.

The number of female candidates across parties in Delhi has declined from 81 in 2008 to 63 in the 2015 elections. Although the three main parties (BJP, Congress and Aam Aadmi Party) have only 19 female candidates among themselves, this is one of the highest numbers compared with the last two elections.

Let us look at the party-wise breakup of women candidates.

The addition of AAP to the electoral landscape has pushed up the numbers of female candidates.

Delhi is one of the most progressive states in the country on female literacy rates, but is way behind on the adult sex ratio, the number of women for every 1,000 men

An earlier report by IndiaSpend found that literate women tended not to stand for elections.

Female voting went up from 56% in 2008 to 65% in 2013. This figure is in line with the findings of our report which showed literate women are more active voters, even if they largely do not contest elections.