How 46 Million Indians Are Being Slowly Poisoned 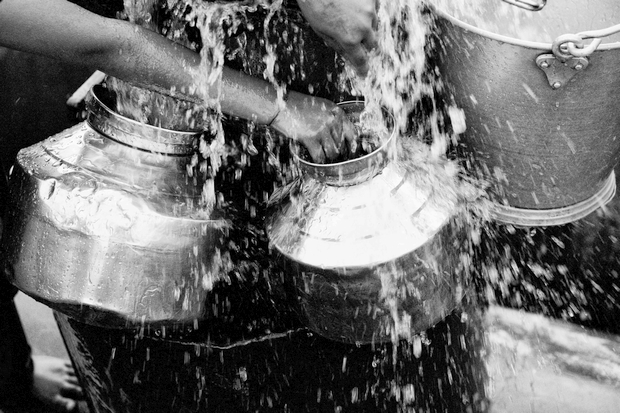 Around 46 million people in India—or the size of the population of Spain—are exposed everyday to contaminated water, which could lead to serious health issues such as crippling skeletal damage, kidney degeneration, cirrhosis of the liver and cardiac arrest.

Water from as many as 78,508 rural habitations is contaminated by arsenic, fluoride, iron or nitrate. Pesticides and fertilisers also contaminate potable water sources, according to data released by the Ministry of Drinking water and Sanitation.

Arsenic poisons the water in 1,991 of these habitations, home to nearly 2.9 million people, and fluoride poisons another 14,132 habitations.

Only 35% of Indians in rural areas have access to potable water within their homes, while people living in 22% of rural households have to travel more than half a kilometre in search of potable water, according to the 2011 census.

The United Nations observed World Water Day on March 22, 2015, and this year’s theme was Water and Sustainable Development.

While drinking water is a state subject, the central government has been assisting state governments through the National Rural Drinking Water Programme (NRDWP). A primary focus of the programme is tackling arsenic and fluoride contamination of drinking water.

Let us look at the rural habitations targeted and provided with potable water supply in the country.

Over the last four years, the government, under NRDWP, hoped to provide 604,454 habitations with potable water: It fell short of its target by 11%.

Rajasthan is one of the most troubled states, as far as drinking water goes, with 23,956 habitations affected by contaminated water, of which 7,873 habitations are strongly contaminated with heavy metals and other toxic substances. However, the government has only provided potable water supply to 17,978 habitations.

Let us look at habitations where potable water suffers from contamination.

A total of 23,922 rural habitations are affected by heavy metals and chemical substances in potable water. Of these, fluoride is the most chief contaminant, affecting 14,132 habitations.

India's north-eastern states are among the least affected states, in terms of contamination.

The government in a reply to the Parliament said that it has targeted 4,000 habitations and built community water purification plants. In addition, 20,000 habitations with contaminated water will get 8-10 litres of safe drinking water per capita per day.