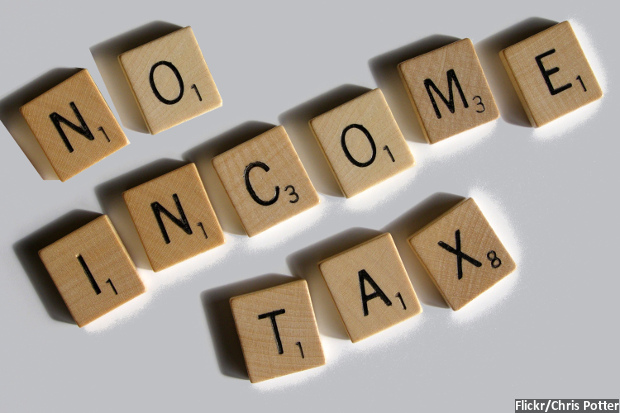 Tax incentives allowed 15,080 profit-making Indian companies to have effective tax rates of zero, and in some cases less than zero, in 2015-16, according to an IndiaSpend analysis of the latest available national tax data or more specifically a government analysis called the Revenue Impact of Tax Incentives under the Central Tax System.

The central government introduced minimum alternate tax (MAT) in the late 1980s to tackle this anomaly, but even MAT has exemptions that appear to have negated its original intent partially: 52,911 companies made profits in 2014-15 and paid no tax, IndiaSpend reported in March 2016.

This means companies making smaller profits are competing in an unequal environment against bigger companies with substantial taxation benefits even though the gap in effective tax rates has been narrowing over the years.

The effective tax rates of the lowest paying industries (cement, sugar, financial leasing companies), which were in single digits in 2014-15, have increased substantially and all are touching nearly 20%.

These sectors, however, continue to be taxed at lower rates than other industries.

There are interesting contrasts on tax rates of different industries in the same sector:

“The plan for phasing out of exemptions will kick in from April 1, 2017,” finance minister Arun Jaitley said in his 2017-18 budget speech.

The government provided the corporate sector Rs 76,857.7 crore in tax breaks or exemptions in 2015-16. The biggest tax exemption is the deduction on expenditure for scientific research (including for seeds and other biotech purposes), which allows for exemption which is twice the expenditure incurred and export profits of units in special economic zones (SEZs).

About 6% of India’s companies recorded profits in excess of Rs 1 crore, according to the tax data.

The deductions granted on account of contribution by corporates to political parties has declined from Rs 112 crore in 2014-15 to Rs 14 crore in 2015-16, according to tax data.

This is in contrast to the data submitted by parties to the Election Commission.

Donations received by national political parties in excess of Rs 20,000 from corporate contributors was Rs 576 crore in 2014-15 and Rs 77.3 crore in 2015-16, according to data from Association for Democratic Reforms, an advocacy. Regional parties received Rs 90.89 crore in donations excess of Rs 20,000 from corporate contributors in 2015-16.

One possible explanation for the variance could be under-reporting by corporates.

Update: An earlier version did not consider the corporate contributions to regional political parties. We have now marked the distinction and added the figure for 2015-16.

(Parakh works in a social enterprise in Bengaluru and can be reached on rohit.2691@gmail.com)