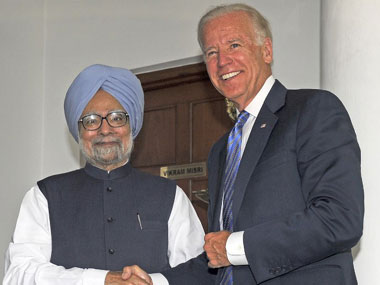 Drawing down aid is a tricky subject, particularly when there is some concern whether developed countries should lend to fast-growth, developing countries like India.

Interestingly, its countries like Japan which arenow the biggest lenders while others like the Russian Federation, France and the U.S have been reducing their engagements with India.

The United States Agency for International Development (USAID) recently launched its data portal (foreignassistance.gov), which has put out data on US aid to various countries including India…. and it shows that fund flows to India has declined from $60.8 million in 2009 to $ 51.1 million in 2013 with the highest point in 2011 with $91.3 million. 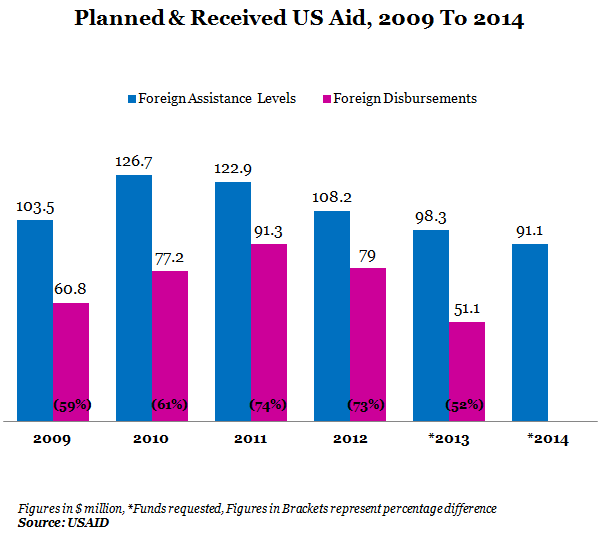 A look at the table shows that there has been a huge difference in the amount planned to be spent and the actual amount spent. A positive sign is that the spending has increased from 59% in 2009 to 73% in 2012 (2013 cannot be used since the year is not over yet).

Afghanistan and Pakistan receive the maximum US assistance in the region with $ 2.5 billion and $ 2.2 billion, respectively…. and most of the money is spent on economic development and peace and security. 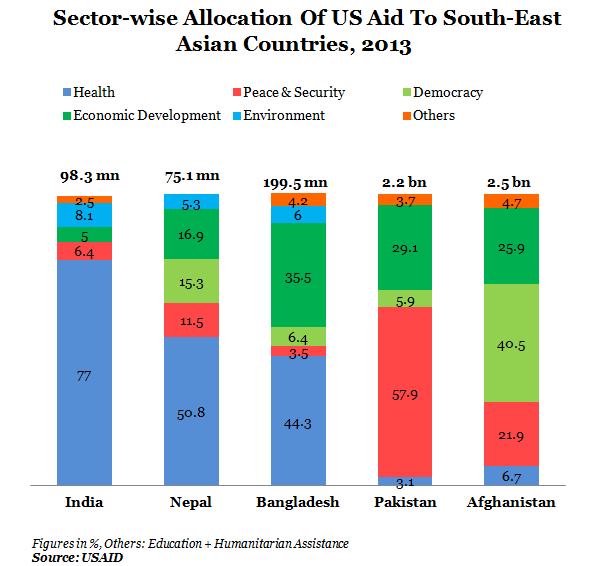 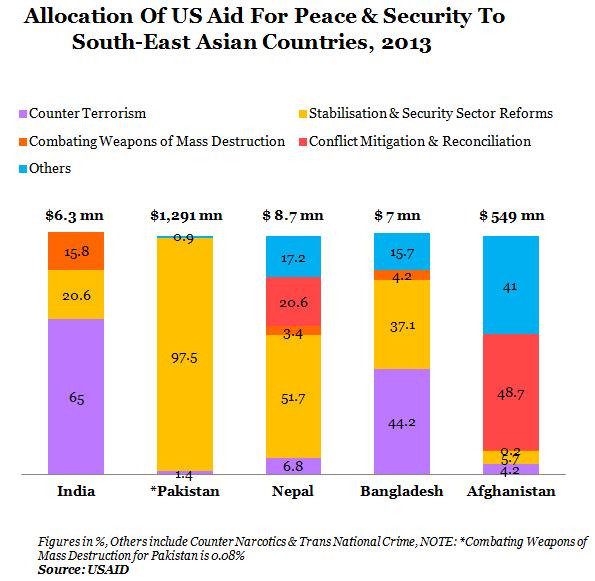 The above table shows that India has the highest allocation of 71% of total planned expenditure under peace and security for counter-terrorism efforts whereas the second highest is Bangladesh with 31%.These changes highlight the changing relationship between India and the U.S - from an receiving aid country to a partner in development in the region.

Here is a look at where the funds were being deployed in India : 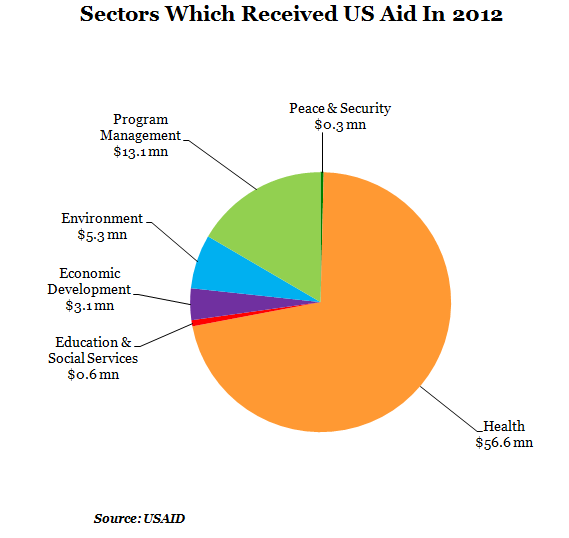 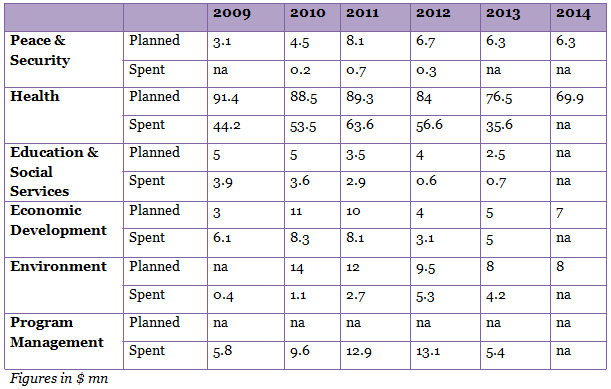 It can also be seen that a substantial amount is dedicated to economic development and finally to environment. It can be observed that the share of assistance for environment has increase from $ 0.4 million to $4.2 million during the same period. It is also interesting to know that there has been an increase in the spending in the areas of peace and security as well. The peace and security engagements have increased from 3.1% to 6.09% during the same period.

Under health, the major expenses are on family planning and reproductive health (35%) and maternal and child health care (26%). Under programme management, majority of the money went to administrative costs. Agricultural programmes accounted for the major part of the funds under economic development.

While there has been a decline in U.S assistance, we can see the changing patterns in the planned expenditure for 2014.While the health sector will be the main focus, more funds are being allocated for combating HIV/AIDS… programmes like the U.S. President's Emergency Plan for AIDS Relief (PEPFAR) is the largest commitment by any nation to combat a single disease internationally. Other focus areas are peace and security where the US Government plans to work with the Ministry of Defence & Home Affairs, mostly on counter-terrorism measures.