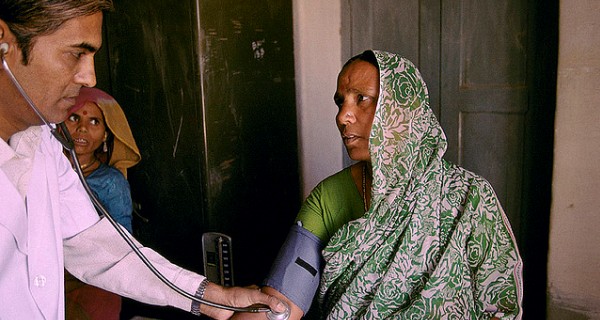 Gujarat state elections are near and IndiaSpend has analysed the performance of the Narendra Modi government in two articles that looked at the general economy and finances. Now, we look at the state’s achievements in the social sector.

To get a general idea of where Gujarat stands, let us look at the broad indicators like the total population, literacy rates and the sex ratio of the state.

Literacy rate went up from 69.1% in 2001 to 79.3% in 2011. Despite the good increase in the literacy rate of more than 10% over the decade, Gujarat still has a lot to achieve, given that it stood 18th when figures for all the 35 states and union territories are taken into account. The literacy rate at the national level was 74% in 2011.

Poverty Reduced But Lot Still To Be Done

The performance of Gujarat in poverty reduction can be considered average. Among the states where the number of poor people declined, an 8.6% reduction of Gujarat was behind states like Orissa (19.2%), Maharashtra (13.7%), Tamil Nadu (13.1%), Madhya Pradesh (11.9%), Karnataka (9.7%) and Rajasthan (9.6%). However, it must be noted that with the exception of Tamil Nadu, all the other states had a higher baseline (in terms of percentages) of poverty compared to Gujarat in 2004-05.

Let us now look at education and health: 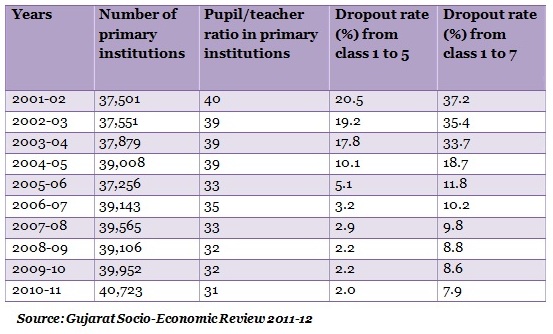 These improvements are bound to reflect in literacy rates but the gender differential in education is what the Gujarat government has to look at in the near future. 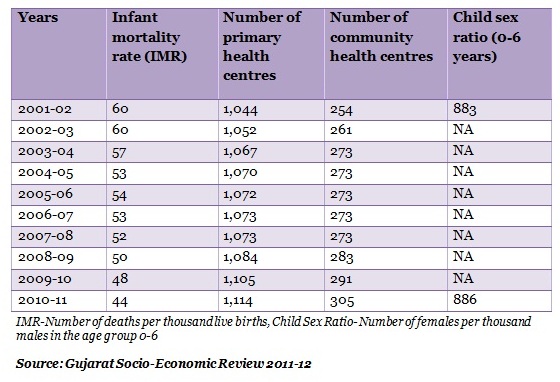 So, even though the Modi government has done well with respect to industrialisation and employment, it needs to do much more when it comes to overall social improvement, especially with respect to gender bias in both health and education.