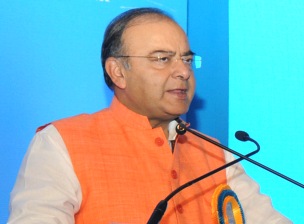 The Government has detected over Rs 1 lakh crore ($16 billion) worth of undisclosed income by various tax payers across the country after conducting search-and-seizure operations and surveys in the last financial year (2013-14).

The data shows that there has been a huge jump in undisclosed income to over Rs 90,390 crore in the last financial year. There does not seem to be a clear explanation for this sharp rise.

According to an answer given by Finance Minister Arun Jaitley to a question in Lok Sabha recently, while the number of surveys conducted by the tax department has increased in the last three years, search-and-seizure operations have declined.

The department has also been increasing the scrutiny assessments of returns with each year.

And here is another data point: nearly Rs 1,80,000 crore is locked up in appeals at various forums like Income Tax Appellate Tribunal (ITAT), High Courts and the Supreme Court.

These data also point to the broad observation made by the Finance Minister during the Budget speech that over Rs 4 lakh crore tax claims are stuck in litigations.