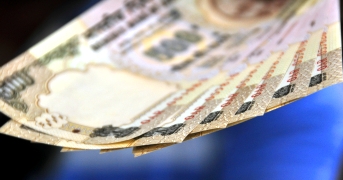 The government imposed fines of Rs 323.45 crore during 2011 on various money laundering cases but managed to collect only Rs 15.78 crore out of the total amount i.e a recovery rate of only 4.87%. Earlier, in 2009, the government had imposed fines of Rs 3,645 crore, but managed to recover only Rs 12 crore. The government also seized about Rs 18.3 crore of Indian currency and Rs 7.27 crore in foreign currency during the raids, according to data released by the National Crime Records Bureau......

The Enforcement Directorate (the body in charge of handling money laundering cases) conducted 72 raids in 2011 when compared with 123 raids in 2010. The searches/raids during 2011 were thus about 41.5% lower than those conducted in 2010.