Goats and More: An Anti-Poverty Guide For Modi 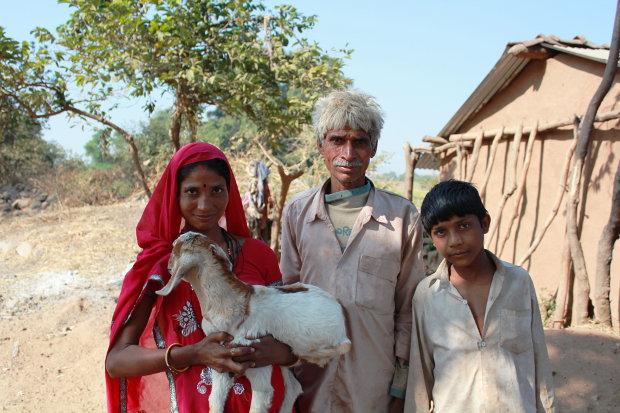 A chicken, goat or a similar "productive asset" or goods (such as betel leaves or vegetables) for a small shop. Training on using such assets. Money to reduce incentive to sell assets in an emergency. Frequent personal mentoring or coaching. Health education. Savings services for between 18 and 24 months.

These interventions led to a 15% increase in assets, 26% growth in consumption and 96% rise in savings among the ultra-poor (people with no assets) in India, according to a new six-country study that followed the lives of 21,000 of the world's poorest people.

These interventions follow what is called the "graduation model", a programme that endeavours to graduate the poorest people upwards and out of poverty, and could have seminal implications for Prime Minister Narendra Modi's government, as it attempts to move from costlier, broad subsidies to clearly-targeted interventions.

Apart from India, the graduation model was tested in Ethiopia, Ghana, Honduras, Pakistan and Peru by researchers from the Abdul Latif Jameel Poverty Action Lab (J-PAL) of the Massachusetts Institute of Technology (MIT) in Boston, USA.

“The programme’s approach differs from that of micro-credit or self-help groups as households are not required to repay the asset cost. Further, the training and intensive hand-holding helps beneficiaries fully benefit from their chosen self-employment activities,” according to economist Abhijit Banerjee, J-PAL founder, and one of the researchers.

Micro-credit programmes tend to serve those just below, or even above, the poverty line, typically excluding the poorest.

In India, a 433% return on investment

In India, the J-PAL research was carried out in the state of West Bengal by Bandhan-Konnagar, the not-for-profit arm of Bandhan Financial Services and offered a 433% return on investment.

"We gave (a) stipend for a year and provided support for 18-24 months. The per beneficiary cost worked out to Rs 20,000-25,000, with 70% spent on the asset and stipend, 10% on training and 20% on managing and monitoring the project for two years,” said Shekhar Ghosh, chairman of Bandhan Financial Services.

Across the six countries, researchers tracked 10,495 households to test the graduation approach. Researchers used a "randomised controlled-trial methodology", in which they tracked people invited to participate in the two-year programme and a similar group that was not, and compared how their lives changed up to a year after the programme ended.

The researchers found that the beneficiaries, after the third year, had significantly more assets and savings, spent more time working, went hungry on fewer days and experienced lower levels of stress and improved physical health.

% of Households Without Assets

The government runs various social-security programmes. Some are employment-led, such as the Mahatma Gandhi National Rural Employment Guarantee Act (MGNREGA), which promises 100 days of work per person annually, and the National Rural Livelihoods Mission (NRLM) which trains rural youth to be self-employed. Others, such as the food-security mission, promise rice and wheat at subsidised prices and offer support in kind and cash, such as old-age pensions.

This vast anti-poverty apparatus--one of the world's most extensive--barely addresses the needs of the asset-less class of Indians.

As IndiaSpend reported previously, schemes like the NRLM are struggling in areas with a significant rural population because self-help groups were not being formed or could not be formed.

The J-PAL study found that the money spent over two years on each beneficiary--including spending on trainers and healthcare--was around Rs 20,000; roughly what the government would spend if the beneficiaries received 58 days of employment a year.

The programme is also being scaled up in 20 other countries. ¦

Update: The allocation figures for National Food Security have been revised.