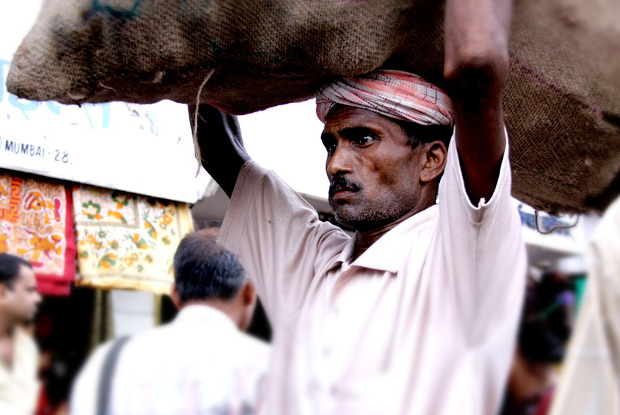 At 19, Dinesh Manjhi is the breadwinner for his family--three siblings and a 55-year-old mother. But his tryst with adulthood actually began at age 12, when his father took him on a 1,500-km journey from their home in Bihar to a farm in Punjab to work as a seasonal worker. This way, he added a valuable extra to what the father saved to bring back home every season.

Manjhi’s father died of illness in 2013 and the funeral costs left him struggling with a massive debt. So the youngster juggled jobs through the year. When he wasn’t labouring in Gurdaspur in northwestern Punjab, he was at home in Dumri, a village in Buxar district in western Bihar, eking out a living as a construction worker in the neighbouring town of Muzaffarpur. This earned him Rs 100-Rs 150 day which was much better than what seasonal farm work earned him in Dumri.

Manjhi’s story, narrated by Sajjad Hassan in a chapter in the India Exclusion Report (2013-14), echoes the life of those described by Jan Breman, a Dutch sociologist, as “wage hunters and gatherers”.

On the other hand, the proportion of casual labourers in the workforce is considerable, 30.9% and growing. Contract and casual work have been growing in India at the expense of regular employment. In more than a decade, between 1999 and 2010, the share of contract workers in total organised employment rose from 10.5% to 25.6%. But the share of directly employed workers fell from 68.3% to 52.4% in the same period.

Even regular workers were appointed increasingly on short-term contracts, with little or no social security. This is how the increasing informality in the organised labour market has blurred distinctions between formal and informal labour.

Job, but no safety net: 68% workers on contract have no written contract

Of the current workforce of around 475 million, around 400 million, considerably larger than the population of the USA, are employed with little job security or any formal entitlement to call upon the protection of the labour law regime.

Contrary to the promises of successive governments to generate more employment opportunities, the reality has been more uncertainty, fewer jobs and even less security. Even by the government’s own reluctant admission, “the economy has indeed experienced high rates of growth in the post reforms period [but,] the optimism on employment creation, however, has not been realized to the fullest extent.” In the decade 1999-00 to 2009-10, while GDP growth accelerated to 7.52% per annum, employment growth stayed at just 1.5%, less than the 2% annual employment growth rate seen over the four decades starting 1972-73.

Written job contracts with formal agreements and associated legal responsibilities (at least on paper) are becoming increasingly rare in India: About 93% of casual workers and even 68.4% of contract workers do not have any written job contracts, according to this government report. Even among more formal wage/salaried employees, about 66% are reported to be working without a written job contract.

Casualisation of labour has doubled in rural India

According to government estimates, labour relations in such instances are based mostly on casual employment, kinship or personal and social relations rather than contractual arrangements with formal guarantees. Beyond the realms of the formal/legal, it is the ever-presence of extra-legal modes of mobilisation and disciplining (harnessing caste, kinship or community relations) that has received further fillip with the larger trend towards informalisation and casualisation of workforce.

This refers to a workforce which is without any social security and employment benefits and whose labour rights (such as maternity benefits, paid annual or sick leave, overtime pay, unionise, etc) are being diluted over the years in the name of “reforms”.

The table below reflects that the extent of casualisation of labour has doubled since 1983 in rural areas whereas it has slightly increased in the urban areas. This, however, does not take into account the self-employed and the salaried.

The brunt of this casualisation is borne by the most oppressed sections of Indian society. A scheduled caste (SC), scheduled tribe (ST) or Muslim worker is considerably more likely than others, both in rural and urban India, to end up with a casual job. Muslims in general seem to be the worst sufferers of rampant casualization amongst all the oppressed categories. Amongst them urban Muslims seem to be more pronounced in their proportion in casual labour as can be observed in the table below. Between 2004-05 and 2011-12, there was also a rise in the percentage of SCs and STs engaged in casual employment. In urban areas, however, the corresponding figures show a slight decrease in the same period.

Source: National Sample Survey 2004-05 and 2011-12 estimatesNote: * the figures for Muslims have been taken as the average of corresponding figures for Upper Muslims (general caste) and Lower Muslims (SCs, STs and OBCs) as defined in the NSS data.

What explains this marginal decline of casual workers among SCs and STs in urban areas? The National Sample Survey data show a spike in rural-urban migration stream from 18.8% to 19.5% between 1999–2000 and 2007–2008. However, recent studies show a decline in the contribution of migration to urban population growth. This can possibly be explained by the argument that migrant workers are finding it difficult to get a toehold in cities.

Who, then, is filling the gap between the rising ranks of rural destitute and the faltering ranks of permanent migrants to the cities? They are the seasonal or circulatory labour migrants who remain virtually invisibilised, informalised and unenumerated--the footloose migrants who make their ends meet by adding up both their seasonal remittances and the income from the shrinking agricultural sector.

An estimated 12.24 million people are seeking work for two to six months as per NSSO data. Of these, 77% are resident in rural areas and more than two-thirds migrated to urban areas. Some estimates show that about 35–40 million labourers--almost half the number of casual labourers outside agriculture--could be seasonal migrants.

The linkages between casualisation and seasonal migration become evident as some studies have estimated that 90-95% of casual workers are migrants from a shrinking countryside.

A peep into the state of agriculture would complete the picture. It would demonstrate as to how the most vulnerable (SCs and STs) are the ones who are being affected the most, making them vulnerable enough to join the reserves of casualised circulatory employment with almost no social protection.

Today, over 80% of the total land holdings belong to marginal farmers who own less than 1 hectare, according to household land ownership data from the National Sample Survey Office. STs are over-represented among the landless, and SCs among marginal landowners. Considering 75% of all migrants come from marginal landowning households, one can estimate how they overwhelmingly would be from the most marginalised sections of Indian society.

Many of them living under crushing debt, like Manjhi, are prone to get locked into a debt-migration cycle through some form of labour bondage. Here, earnings from migration are used to repay debts incurred at home or in the destination areas, thereby cementing the migration cycle and resulting in conditions of neo-bondage in informalised settings propped up on caste/kinship equations.

The construction sector which is the second highest employment generator after agriculture in India, and the brick kiln industry that feeds it--these generate the classic cases of debt-migration cycle.

So, the destitution in the countryside, the casualisation of labour, and the erosion of their labour rights are not just the results of a flawed model of development. This neo-liberal model of development is also made possible by this despair in the countryside and increasing informalisation of labour. The burden of this “growth”, as is evident, falls on the most disadvantaged.

Different data sources reveal, for instance, that the incidences of infant mortality rate (IMR) (according to National Family Health Surveys or NFHS 2 & 3) and malnutrition (according to NFHS 3) still remain high (if not the highest) among SCs and STs. This highlights the lack of opportunities for these marginalised communities in all facets of human development.

This also highlights the fact that no meaningful intervention is feasible in terms of addressing the deprivations faced by the marginalised populations as long as the vagaries and insecurities of the informal labour market remain. One cannot wish for improving the abysmally high rate of IMR amongst STs while forcing them into casualised labour in construction with no guaranteed (or enforceable) maternal benefits or other social protections.

The trend is that of “vulnerabilisation of the labour markets”, as G Vijay an Assistant Professor at the School of Economics University of Hyderabad, calls it, wherein vulnerable sections of the labour force are consciously chosen as they would be materially and socially compelled to accept greater deprivation with least resistance to the dehumanising conditions of informalisation. Till this is acknowledged and addressed at its fundamentals, Dinesh Manjhi and millions like him will continue to shuttle between the distressed countryside and the unwelcoming megacities.

(Mishra and Bhattacharya are researchers at the Centre for Equity Studies.)