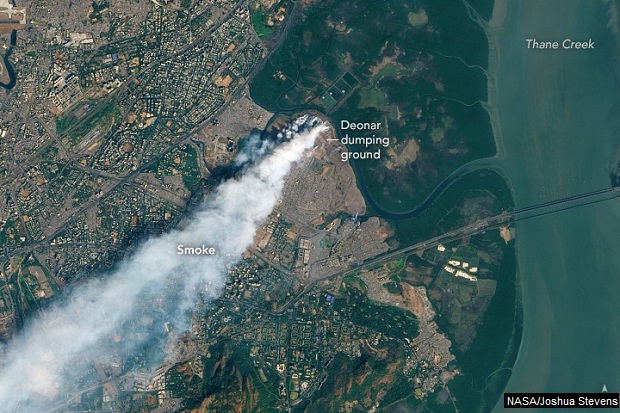 Large enough to be seen from space, the fire from a burning garbage dump on Mumbai's eastern edge shut schools, but the city's air-pollution levels were almost twice as good--relatively speaking--as Delhi's, according to data from IndiaSpend's #Breathe air-quality sensors.

Delhi’s average PM 2.5 level was ‘poor’, which could lead to breathing discomfort to most people on prolonged exposure.

PM 2.5 are fine particulate matter found in the air with a diameter of 2.5 micrometres or less and are known to pose the greatest risk to human beings. Their measurement is considered to be the best indicator of the health risks from air pollution, according to the World Health Organization. 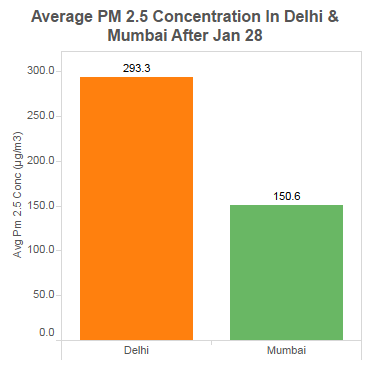 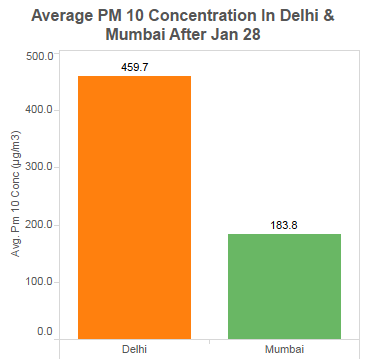 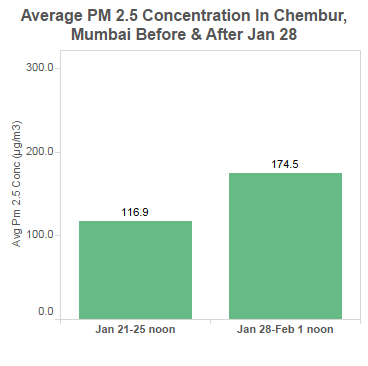 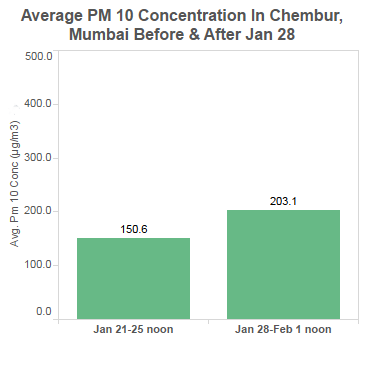 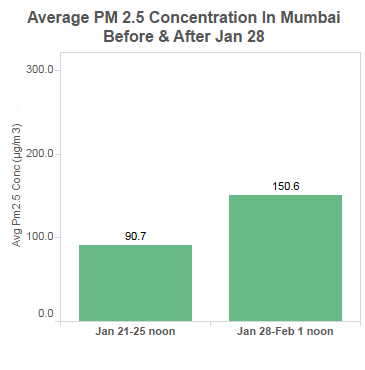 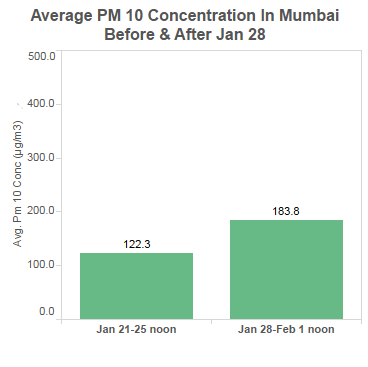 Municipal officials claimed to have the fire under control but added it would take "some more time" to douse the fire. About 74 schools were closed for two days (Friday and Saturday). A few stayed shut even on Monday as the situation did not appear to have changed. 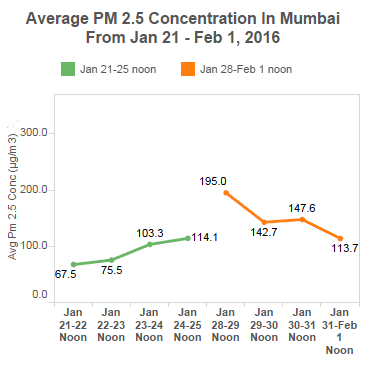 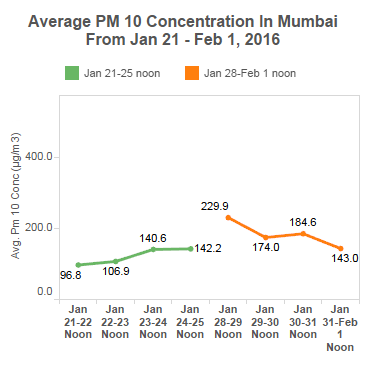 The graphs show gradual improvement in concentration levels of both PM 2.5 and PM 10 in Mumbai from noon January 28-29 to noon January 31- February 1, as the fire was tamed over these days, indicating improving air quality.

The relative health benefits of reducing pollution are higher for cleaner cities, such as Shimla, against cities with dirtier air, such as Mumbai.

There is a close relationship between exposure to high concentrations of small particulates (PM 10 and PM 2.5) and increased mortality and morbidity, both daily and over time, according to the World Health Organisation (WHO).

Outdoor air pollution in cities and rural areas across the world was estimated to cause 3.7 million premature deaths in 2012, according to the WHO.

These deaths are ascribed to exposure to PM 10 or less in diameter, which leads to cardiovascular/respiratory diseases and cancer.

Reducing annual average particulate matter (PM 10) concentrations from around 70 µg/m3, common in many cities in developing nations, to the WHO guideline level of 20 µg/m3, could reduce air-pollution-related deaths by about 15%. At the time of writing this, Mumbai's PM 10 level (24 hour average) was 145.6 µg/m3 and Delhi's was 293.2 µg/m3.