Foodgrain Wastage Is Shrinking But Not Fast Enough 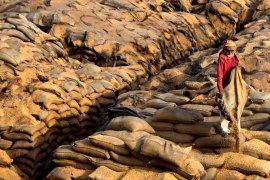 Food and foodgrain worth nearly Rs 50,000 crore is lost every year, India’s Minister of State for Agriculture and Food Processing Industries Tariq Anwar said recently. More specifically, nearly 30% of the country’s fruits and vegetables are lost due to lack of cold-storage facilities, and more than 30% of grains supplied through the public distribution system are lost because of storage constraints.

India’s total storage capacity (as of July 1, 2012) was 70.5 million tonne while the total amount of foodgrains produced /procured was 80.5 million tonne – see Figure 1 below. This suggest that almost 10.5 million tone was/could have been wasted (data as of 1st July 2012), according to the Minister’s Lok Sabha response. 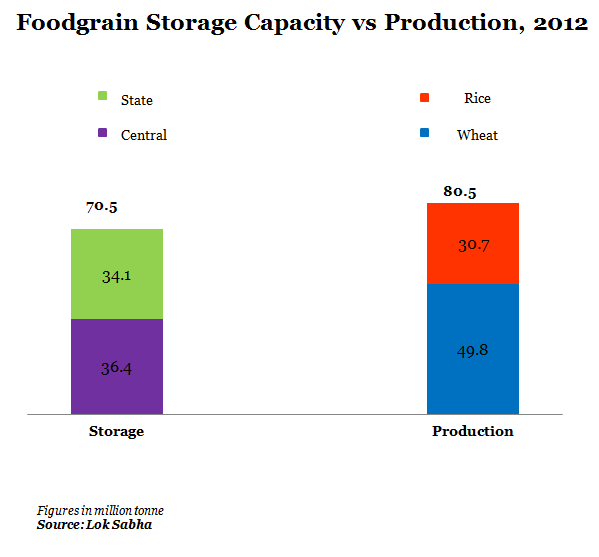 Now let’s look at the all India wastage for three years. 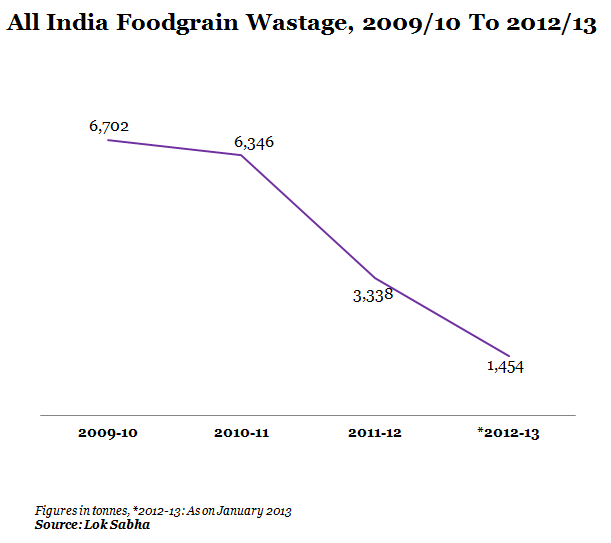 Figures 2 (b) & (c) show the top 5 and bottom 5 states where foodgrain were wasted thanks to open storage, natural calamities and transportation over the last 4 years. 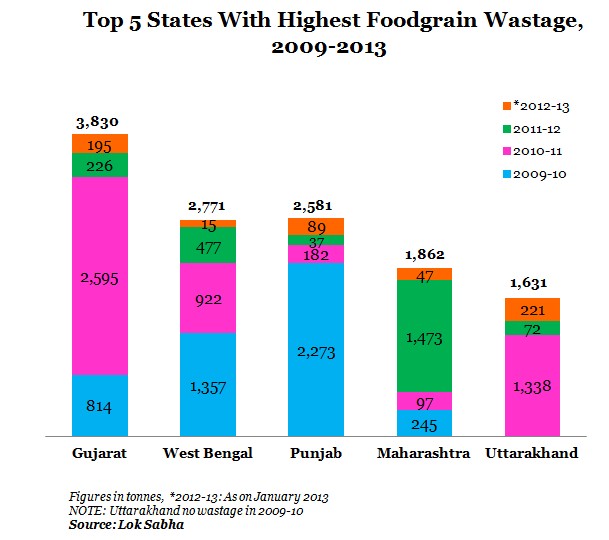 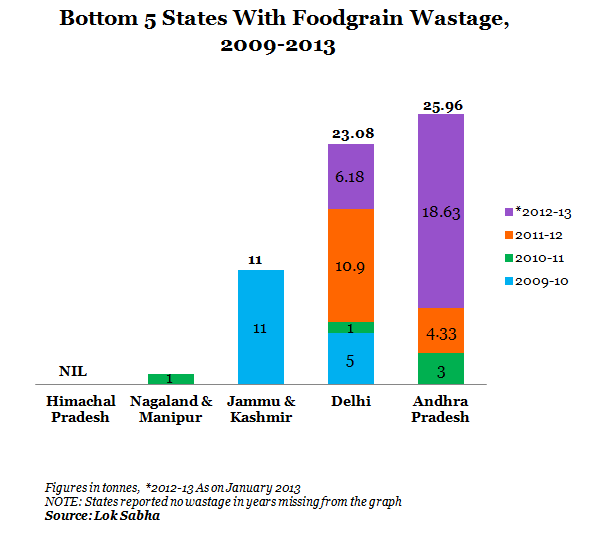 Interestingly, there has been a sharp reduction in loss of foodgrain from 6,702 tonne in 2009-10 to 1,454 tons till February 2013. While Gujarat has seen the highest loss in foodgrain over time, Himachal Pradesh has, amazingly, reported absolutely no loss in foodgrain.

Moreover, the top 5 states that have reported higher losses in foodgrain are also some of the major producers of foodgrain. Hence, there could be a correlation between higher production of foodgrain leading to higher losses.

There are huge discrepancies between the loss figures. Many media reports and even the FCI put the figure of loss of foodgrain at just 1 million tonnes from 1997-2007. At least according to a FCI response on a Right To Information (RTI) petition. While experts like Ashok Gulati, Chairman, Commission for Agricultural Costs and Prices put the figure of damaged foodgrain to as high as 21 million tons of wheat a year.

Let us look at the wholesale inflation, and, more specifically, food inflation since 2009: 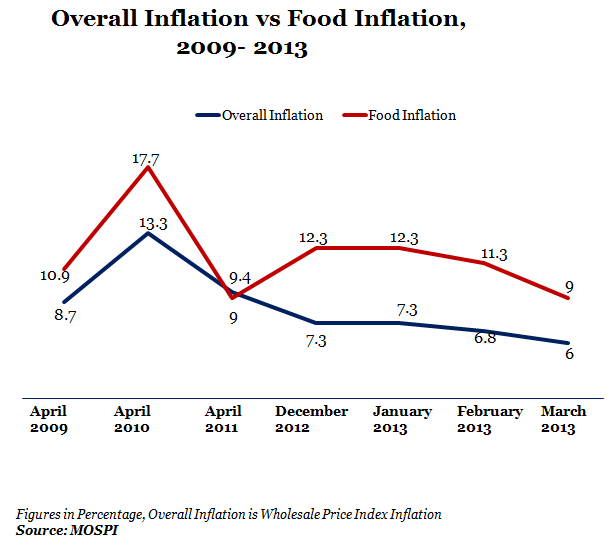 Many reasons have been put forward for the increase in food prices like demand-side factors including increasing incomes leading to higher consumption and supply-side factors like production constraints, speculation in commodity markets and diversion of agricultural land for bio-fuels. Supply-side constraints also include wastage of foodstuff due to lack of storage facilities.

Rising inflation has once again highlighted the need to fix leakages in the system. Although the numbers have come down, wastage of food and food grain due to lack of cold or general storage capacity has always been a problem. With increasing production, the problem has now become more acute. And there is also the need to fix other leakages in the public distribution system.