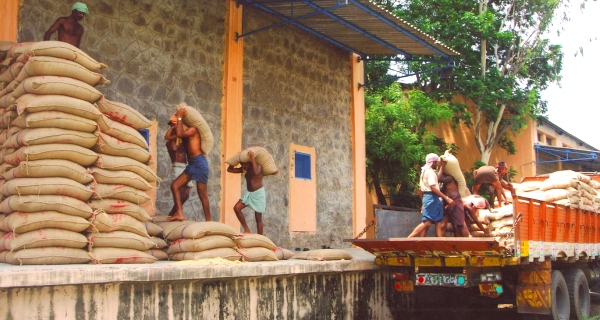 Food subsidies in India now stand at a cumulative Rs 400,000 crore in 10 years. Moreover, year-on-year subsidy figures have never managed to stick to budget with substantial gaps in some years.

But then, budget estimates for the food subsidy were Rs 75,000 crore in 2012-13. The difference is thus an increase of Rs 17,493 crore, thanks to an increase in the minimum support price (MSP) paid to farmers for produce while the issue price has remained unchanged for the last decade.

Let us take a look at the subsidy provided every year to the main central government agency, the Food Corporation of India (FCI), and the state governments. The difference between the budgeted estimates and revised estimates tells you how the calculations are going awry.

A few reasons for the increase could be the fiscal boost given during the recession, inflation affecting the Indian market, high off take and high procurement prices. Food subsidy is also extended to states that follow decentralised planning.

There are 9 states that follow the procedure, and the total subsidy given to them since 2007 is Rs 40,018 crore. The main idea is to increase the efficiency of procurement and PDS, extending maximum benefits of MSP to local farmers. The table below gives an idea of the flow of subsidy to the states:

*Uttar Pradesh has opted out of the scheme. (In Rs crore)

As can be seen from Table 2, the total subsidy given to the states has risen over the years. However, most of the states have not adopted the decentralised mode of procurement. As per an official release of February 2012, proposals to adopt decentralised procurements were sent to Assam, Bihar, Jharkhand, Rajasthan and Andhra Pradesh...

The trend suggests that even if all the states were to adopt this scheme, the subsidy may not be anywhere closer to the amount given to FCI. Below are the subsidy figures of FCI:

The National Food Security Bill, 2011, which has already been introduced in the Lok Sabha, attempts to ensure food security for all in India. Apart from the usual provisions of the Targeted Public Distribution System (TPDS), it has extended visions:

1) Nutritional support for Women and Children (through Anganwadis).

4) Identification of people living in starvation ( providing immediate relief); and

5) Right to receive food security allowance in certain cases ( in case of non-supply).

Many reforms are also being planned including computerisation, food coupons and cash transfers. As per media reports, the government will distribute around 62 million tonne foodgrains that will cost Rs 1.18 lakh crore.