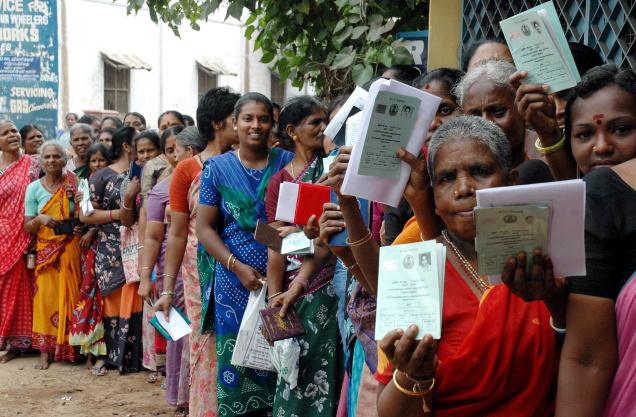 The National Food Security Act, passed by the UPA Government which was in power from 2004 to 2014 is being seen as a positive step towards food security in India.

This view forms part of the latest Organization of Economic Co-operation and Development-Food and Agricultural Organizaton report Agricultural Outlook 2014, which included a special focus on India.

A chapter titled Feeding India: Prospects and Challenges in the Next Decade discusses the two main challenges at length- promoting growth of agriculture and reducing food insecurity in the country, especially among the poor population, both from the view of high malnutrition rate and affordability/purchasing power.

In the budget primer preceding the first Budget of the newly formed Bharatiya Janata Party (BJP)-led National Democratic Alliance (NDA) Government, IndiaSpend had discussed agriculture and allied sectors and the problems it is faced with.We had focussed on a few problems of the sector, namely low growth rate and fluctuations and per capita availability of food grains. We looked at some old schemes and some of the promises the Government in power had made in its election manifesto. The NDA Government has carried forward the National Food Security Act implemented by its predecessor Government.

The National Food Security Act (NFSA) was implemented in 2013 after much debate.The Act provides for coverage of up to 75% of the rural population and up to 50% of the urban population of the country for providing foodgrains at subsidised prices of Rs. 3, 2 & 1 per Kg for rice, wheat & coarse grains, respectively, under the Targeted Public Distribution System (TPDS). There is also a special focus in the Act on nutritional support to pregnant women and lactating mothers and children upto 14 years of age. The budgetary allocation (revised estimate) in 2013 was Rs 12,000 crore as the Act came into force in September 2013.

The total expenditure under food subsidy on implementing the National Food Security Act has gone up by over three times in 2014. The BJP (which came into power in May 2014) manifesto had promised to continue with the procurement policies for ensuring food security. And the OECD-FAO report cites the procurement policy of the Government as an important step, especially, keeping in view the malnutrition and extreme poverty situation in India.

The NFSA allocations constitute approximately 1% of India’s GDP. Analysts have been concerned about inflation costs that may affect the programme later. At the same time, it is felt that the programme is essential for social welfare because under-nourishment is a big challenge other than the low growth of the agricultural sector leading to poverty.

The National Food Security Mission was launched in 2007 during the 11thFive-Year Plan. The scheme was launched to increase food grain production by advancing aid to farmers in the form of technological interventions. It has been continued in the 12thPlan as well and has been extended to coarse cereals and commercial crops other than wheat, rice and pulses. Data for the past five years shows an increase in production of food grains. While there is also an increase in crop area for major food crops in 2014, yield is still lagging.

IndiaSpendhad earlier looked at theper capita availability of foodgrains, which has not improved much since the 1960s. India had record food grain production in the year 2013-14, and it could be a result of the agricultural policies that aid farmers. But what India now needs is to continue the growth in production and yield. Also, NFSA received a lot of criticism on the grounds that lacunae in implementation may lead to further hoarding of grains, transportation and leakages.

Yet providing food security to the poor is a priority that the government of India cannot neglect right now. Implementation of policy is a challenge of governance capacity. The new government has extended the implementation of NFSA as it has not been implemented in 20 states and 5 union territories so far. So, we have still to see how much this act delivers.