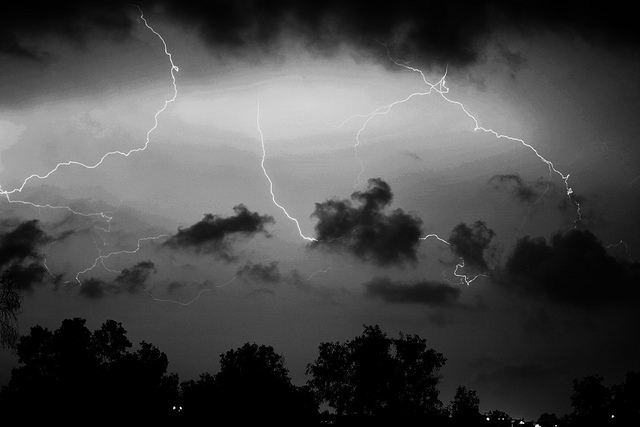 The devastating floods in Jammu and Kashmir, the worst in the state in 60 years, caused due to heavy rains, have already claimed 175 lives. Over the last 11 years (2003-13), a total of 345 people have died due to floods and torrential rains in J&K. 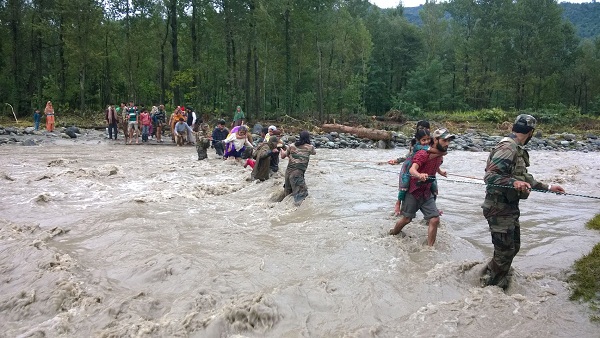 While floods are high-profile events with great economic devastation and a sudden loss of lives, many more Indians die from heat and cold every year. Less people die from floods and torrential rains every year than they do from cold and exposure or heat stroke, government data shows.

The single, deadliest natural calamity in India isn't even heat and cold or floods. It is lightning. 2,833 people died in lightning strikes in 2013, a 58% increase from 2003, an IndiaSpend analysis reveals.

Lightning causes a disproportionately high number of deaths in developing countries, and India is no exception, this National Geographic story points out.

Lightning strikes are rarely reported, and the data mentioned in this story are most likely an underestimate. In one instance in 2013, at least 32 people died in a single set of lightning strikes across Bihar and Jharkhand.

The lightning fatality rate in Australia, Canada, Europe, Japan, and the US has dropped dramatically from the 1800s to the present, typically from 3 per year per million people in the 1800s to 0.3 deaths per million per year, according to this paper presented at the 20th Annual Lightning Detection Conference in Arizona, US. India has a rough death rate of 2.5 per million, the paper said, a reflection of its transitional economy.

"This ...reduction coincides with a major population shift from rural to urban areas and away from labor-intensive agriculture, as well as the occupancy of substantial buildings, better forecasts and awareness of weather and lightning, improved medical care and emergency communications, the widespread availability of fully enclosed metal-topped vehicles, and other unknown factors," the paper said.

Many research institutions in India work on lightning, but as a scientific phenomenon, it is still poorly understood. The government has identified lightning among "natural hazards of great concern", as this paper from the Centre for Disaster Mitigation and Management of VIT University, Vellore, explains.

Here are five things, according to the paper, that you must do to protect against lightning strikes:

1. When you see lightning and hear thunder of a storm even before you could (sic) count 30, it is a sure warning signal that you should rush indoors to protect yourselves.

2. If no shelter is available in the neighborhood of where you are, then seek protection by getting in to a hard topped vehicle with windows closed. You are much safer inside a car than outside because steel frame of a vehicle usually provides protection, if you be careful not to touch metal.

3. Keep distance from vulnerable locations like isolated trees or isolated tall structures. Lightning can strike the same place twice and can spread out nearly 20m after striking the ground.

4. If you get a tingling sensation or standing hair experience, it is to be taken as a premonition of impending threat of lightning. In such a situation, quickly acquire the lowest profile by crouching down the balls of your feet but never make a mistake to lie flat on the ground.

5. Do not use wired phones. Mobile phones are the safest.