Financial Inclusion Seems To Be Working 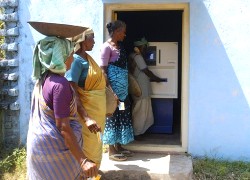 A stated goal of financial inclusion seems to be working for the Government as well as the Reserve Bank of India. 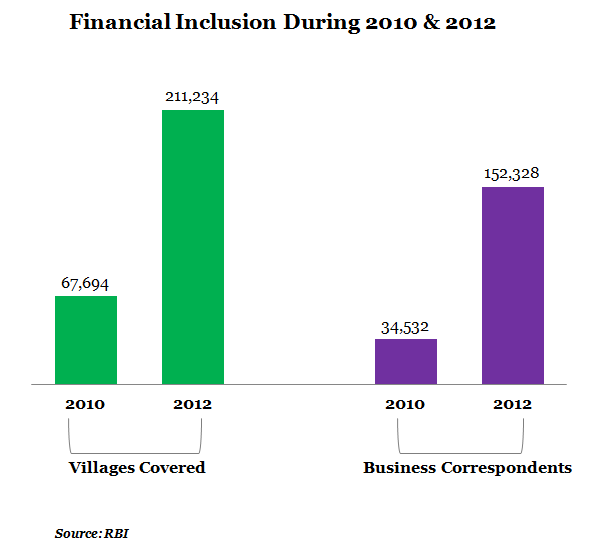 So, what is financial inclusion?

Financial inclusion is the process of ensuring access to appropriate financial products and services needed by all sections of the society, particularly weaker sections and low income groups at an affordable cost in a fair and transparent manner by institutional players.

While the number of outstanding kisan credit cards (credit cards to provide affordable credit for farmers) increased from 24.31 million to 31.73 million, general credit cards increased to 3.11 million from 1.39 million. 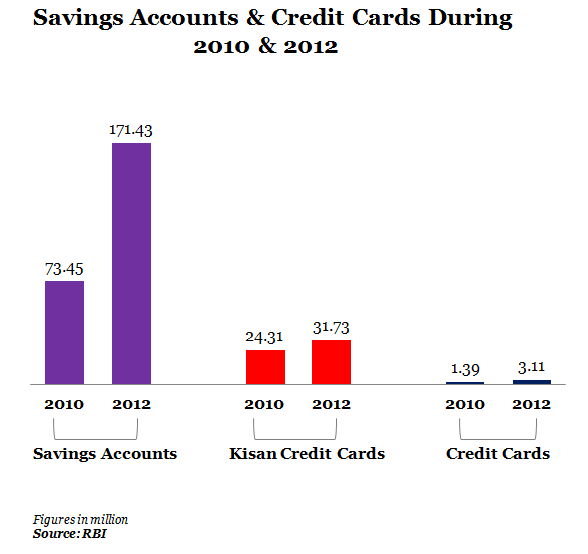 The challenge is, indeed, daunting for the banks. A roadmap prepared by the central bank has asked banks to open branches/provide banking correspondents in 484,000 villages with population less than 2,000 in the next three years.

The central bank states that the key challenge for banks is to capture the banking business of over 50% population of the country’s 1.2 billion people. And as IndiaSpend had earlier reported, with smaller farm sizes affecting reach and access to finance, a large section is still dependent on non-institutional sources i.e. money lenders and private sources for fund requirements.