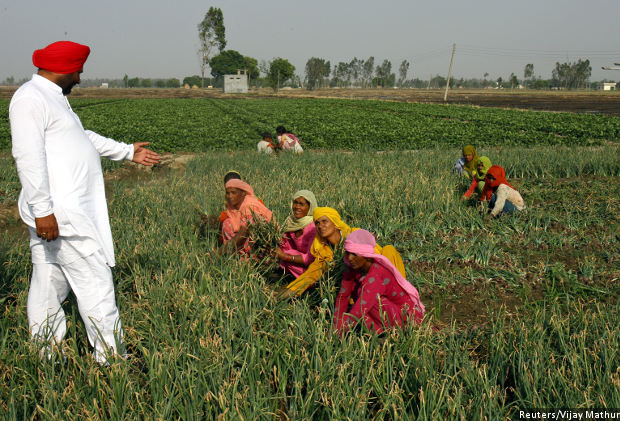 It’s reasonably well known that income from agriculture attracts no tax in India.

What isn’t quite as well known is that of more than 400,000 taxpayers claiming exemption for agricultural income in the assessment year 2014-15, the biggest were seed giant Kaveri Seeds—it claimed Rs 186.63 crore exemption and made a profit of Rs 215.36 crore before tax—and multinational Monsanto India, which claimed Rs 94.40 crore as exemption from agricultural income and earned Rs 138.74 crore profit before tax.

Agro-companies growing crops are allowed the same tax relief as individuals in states levying no agricultural income tax, although some states do indeed tax some kinds of farming.

The rural crises that beset India are unprecedented this century, but agriculture also hides a number of companies and rich farmers, whom no finance minister will tax--although with their numbers declining, as we shall see, these are reasonably easy to identify.

“Agricultural income is exempt from taxation in spite of large agricultural holdings,” said the 2014 Third Tax Administration Reform Commission (TARC) report. “…a large number of rich farmers, who earn more than salaried employees in the cities, get away with paying no tax at all in view of the government’s lack of will to consider an agricultural income tax.”

The aversion to taxing agriculture is the fallout of a colonial experience when farmers were taxed, but it is not very widely know that some states do indeed tax some farms.

Why agriculture has--largely--not been taxed for 130 years

When India introduced income tax in 1886 under colonial rule, income tax on agriculture was kept out of its ambit because of existing land levies and the right to collect any form of agricultural income tax was vested with the main colonial administration.

In 1935, the right to land revenue, and to potential agricultural income tax, was transferred to the provinces, today’s states. Since then, each state has developed its own agricultural income- tax policy, with wide interstate disparities.

Or, because “the meagre prospect of revenue of the tax on income arising from cultivation of non-plantation crops and also the growing cost of collection compelled some states to abandon this tax in course of time”, writes Biswadeb Chatterjee in Tax Performance in Indian States: A Comparative Study.

“High taxes leave us with very little to reinvest in the land; consequently, plantations in Kerala, including our own, are loss-making,” said Jacob, who is also vice chairman of the Association of Planters of Kerala. “Talk about one India must translate into practical action; agricultural income tax should be totally abolished or be made uniform across India."

States should pass a resolution under Article 252 of the Constitution authorising the Centre to impose tax on agricultural income, and all such taxes collected by the Centre, net of collection costs, could be transferred to the states, said the 2014 tax administration reform report.

Against a tax-free limit of Rs 5 lakh on agricultural income, farmers with incomes around Rs 50 lakh could be taxed, recommended the report.

Large farmers and agro-corporations with tax-free agricultural income wield significant clout over the government and they will lobby against it. 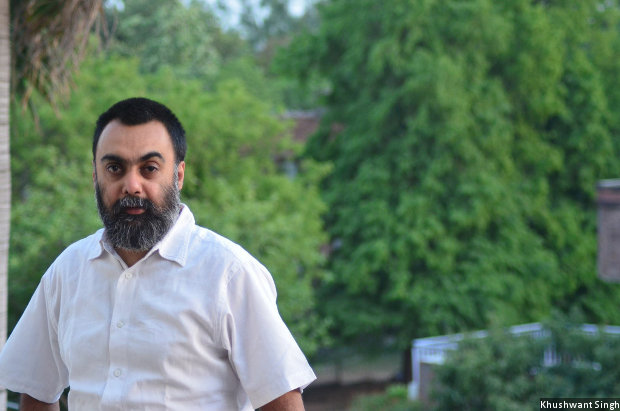 Here’s how some big farmers and farm companies justified their stance against agricultural income tax to IndiaSpend.

“With yields across India having stagnated and most farmers lacking bargaining power to sell their produce, agriculture doesn’t leave much on the table for farmers. Significant economies of scale don’t kick in from farming large tracts of land because the cost of key inputs--seeds, fertiliser and water--rises almost proportionately,” said Sandeep Saxena, managing director, Big India Farms, a farming and food-chain supply company.

In Punjab, the law permits a family to hold 17.50 acres of irrigated land; and up to 32 acres of barren land without irrigation.

A 17.50-acre farm is not enough to support a family nor does it justify mechanisation, said Singh. A tractor becomes cost effective only at double that size.

Singh, his father and his brother collectively farm 60 acres and own two tractors between them. To augment family income, Singh senior has started a dhaba and Singh’s brother runs a resort, Citrus County.

Land prices have appreciated so significantly in rural India that the temptation to cash in is immense.

“We earn 0.1% of the value of our land; what businessman would stick on with those terms? Clearly, the math is against agriculture as a profession,” said Singh. “We’ll stick it out, but our next generation will definitely not live on the farm.”

Conventionally, taxes are based on self-declared income.

“Self-declaration has been shown to work in plantation agriculture, which is closest to manufacturing in terms of scale of operation, year-round operation, formal records of accounts and links to the banking system,” said Rajaraman, the economist.

Assessing taxable agricultural income on the basis of declared figures would be arbitrary, and in all likelihood, lead to endless appeals.

“How could the revenue officer make objective assessments of income or challenge the declared income when it depends on so many variables and no criteria exist to define those variables? Rainfall, the sun, soils pests and diseases, irrigation, etc. are some of the influencing factors,” said Sudhir Prakash, chairman, DLX Ltd, owner of Glenburn Tea Estate, Darjeeling, West Bengal, and an associated tea estate in Assam.

West Bengal does not tax agriculture produce or plantations, whereas such tax in Assam is more or less at par with central income-tax rates, 45% as we said.

The big earners would be easy to target, tax and draw into the banking system. Medium and large farmers make up 10% or more of the farming community only in four states: Punjab (35%), Rajasthan (22%), Gujarat (12%) and Madhya Pradesh (10%), according to the 2011 agricultural census.

“Currently, transactions in the farming sector (except plantations) are mainly in cash,” said Prakash. “To track transactions, you need them to be routed through the banking infrastructure, and to transact through banks, you need ‘literate farmers.’”

How panchayats could tax agricultural income

If farmers do not use the banking system and maintain accounts, could rich farmers be taxed on the basis of what they have assumed to have earned?

Farmers could be taxed based on the area sown with high-return crops, proposed Rajaraman in a 2004 paper Taxing Agriculture in a Developing Country: A Possible Approach. High-return crop cultivators whose yield falls below a stipulated threshold would be exempted for the sake of fairness.

She suggested, in her 2003 book, A Fiscal Domain for Panchayats, that such tax be collected by village councils.

“Property tax is paid locally, why not tax on agricultural income?” said Rajaraman. “Agriculture thrives only when law and order prevails, and the panchayat governs locally. Farming makes use of local utilities, so it should give back locally.”

That would make local governance more responsive than it might by receiving handouts from Delhi, as the recent budget provided for with Rs 2.78 lakh crore ($41.34 billion) in grants to panchayats (rural councils) and urban local bodies, or above Rs 80 lakh per panchayat.

“A panchayat that benefits from tax collection is more likely to ensure compliance,” said Rajaraman, “than a distant state government.”