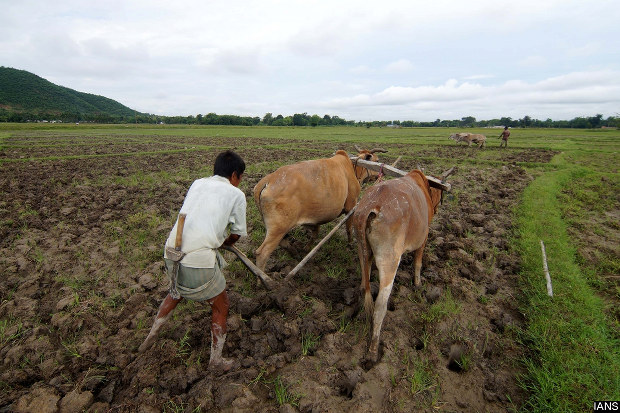 Suicides by farmers in India increased 42%, while those by agricultural labourers declined 32% in 2015, a second consecutive drought year after 2014, according to data on accidental deaths and suicides in India, released by the National Crime Records Bureau (NCRB) on December 30, 2016.

After declining 32% over four years to 2013, farmer suicides rise again

Farmer suicides reduced 32% from 2009 till 2013--a good monsoon year--after which they have increased every year.

Maharashtra reports most farmer suicides, 7 years in succession (at least)

Source: Report on Accidental Deaths and Suicides in India, NCRB 2015

Gujarat, Kerala, Rajasthan and Tamil Nadu were among the big states that reported a fall in farmer suicides. Farmer and farm worker suicides in Gujarat halved, from 600 in 2014 to 301 in 2015.

As many as 842 farmers reportedly committed suicide due to various illnesses, while 330 farmers killed themselves due to drugs and alcohol, according to the data.

Only four states--Maharashtra with 1,293, Karnataka with 946, Telangana with 632 and Andhra Pradesh with 154--among 29 states registered more than 100 suicides by farmers due to indebtedness.

“Family problems” was the second-leading cause for suicides by women farmers, accounting for 18% of deaths reported.