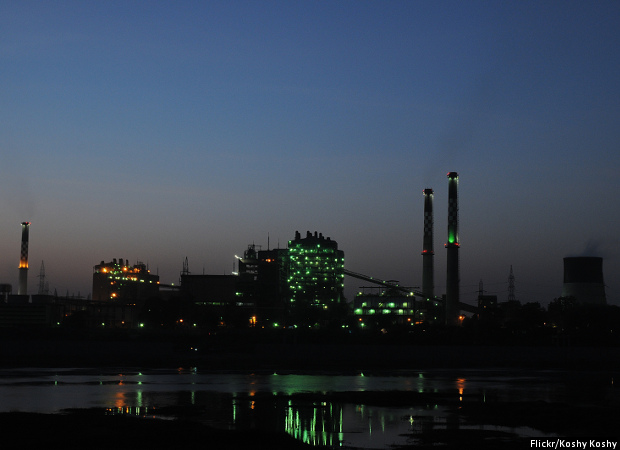 About 75 projects in the energy sector worth about Rs 70,000 crore, which could have generated 30,809 mega watts (MW) of energy—enough to supply 11% of India’s annual power-generation capacity—were terminated over the last seven years.

The gap between demand and supply is 2.4% (15,981 million units), as of September 2015, according to power ministry data; so if the projects were running, India might have had enough energy.

They were stopped because of a range of issues: From getting land and finance to profitability and local issues. Government projects running behind schedule and cost overruns because of bureaucratic snarls appear to be other reasons.

Almost 44% of cancelled projects were in Madhya Pradesh, Chhattisgarh and Andhra Pradesh.

The United Progressive Alliance (UPA) government, in its 2005 National Power Policy, promised to electrify all villages in the country by 2010 and ensure 1000 kilowatt-hours (kWh), a measure of electric power, per capita by 2012. The government missed both targets by miles.

As many as 55.8% households were without electricity, according to this 2011 census report.

Demand grows, as projects are terminated

The termination of energy projects leads to shortage of supply while demand continues to grow, according to Anand S, engineering officer, Central Power Research Institute, Bangalore.

“Many times, these projects remain on paper; they never see the light of the day,” he said.

IndiaSpend had earlier reported how electrification does not necessarily mean electricity.

India is the world’s third-largest consumer, following China and the US, but even with the per capita target of 1,000 kWh met in 2014-15, it is among the lowest in the world, Mint reported. China consumes four times as much power, and the developed nation average is 15 times as much.

“The past policies are unsustainable for our growing population. The lack of clarity, stable policies and professionalism, and political interference are major bottlenecks,” said Shankar Sharma, a power policy analyst.

Of the 1,200 power projects launched by the government over the past 40 years, 594 are under construction, including 111 projects that are running behind schedule with a cost overrun of Rs 61,694 crore.

The average cost escalation per project is Rs 550 crore.

Acquisition of land, eviction of people, shortage of manpower, improper management and delays in supplying raw materials are some of the primary reasons for delays, according to power ministry data.

There is a major communication gap between the government and people when it comes to executing major power projects, experts said.

“Active participation from various sections of the society in all the important decision-making processes is critical,” Sharma said.

The lack of coordination between the state and central governments also contributes to the hold-up: As many as 47 delayed projects are multi-state projects.

The Electricity Act, 2003, mandates central and state electricity regularity commissions. The Act states that the commissions need to be independent regulatory bodies for proper administration of the power sector.

“In practice, the appointment of chairman and members of these institutions are done politically,” said Padamjit Singh, chief patron, All India Power Engineers Federation.

Experts believe the government needs to re-work its strategy. Instead of maximising electricity production, it should focus on minimum electricity needed to electrify a household in rural areas at the lowest cost, Sharma said.

(Ghosh is a member of 101reporters.com, a pan-India network of grassroot journalists. He writes on issues of social impact.)