Fact Check: Why Does Rahul Gandhi Want To Dump MPLADS? 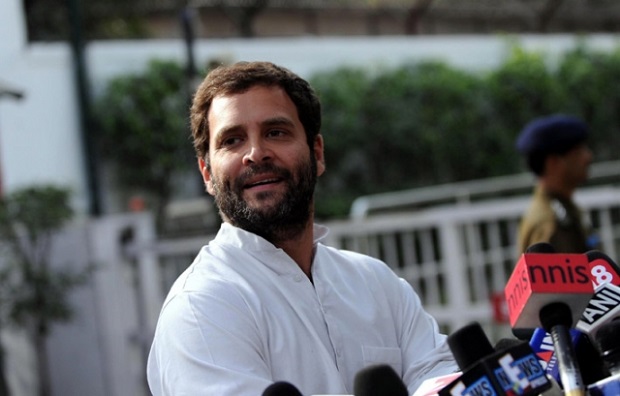 Congress vice president Rahul Gandhi recently made a statement that he would like to see the end of MPLADS or Member of Parliament Local Area Development Scheme.

Gandhi said: "I want to tell you a reality. If you ask MPs, at least 50% will tell you that put an end to this MPLAD scheme because one has to face problems in the Lok Sabha seats as the scheme does not give so much money that development work can be carried out in the entire Parliamentary seat. This is something to think about."

It’s possible that the value of the projects envisaged for which funds are sought are so high that it is a deterrent to dipping into the MPLAD fund at all. But on the other hand, many MPs, including well-known ones in opposition and ruling party, seem to make good use of it.

IndiaSpend decided to look once again at Mr. Gandhi’s performance under the scheme along with a few other prominent MPs.

Rahul Gandhi has managed to utilise nearly 88% of the funds given to him under MPLAD while MP Milind Deora, who has written to the Prime Minister asking for the abolition of the MPLAD scheme, has utilized nearly 91% of his allocation. One reason behind the spike in utilisation could be the fact that most of the LS members’ terms are coming to an end, ahead of fresh elections in May 2014. It is interesting to note that the last time we looked at the percentage of utilisation, it was around 50% for most of the Lok Sabha MPs.

So, what is the MPLAD scheme? Each MP gets Rs 5 crore a year to develop his constituency and the money can be spent on projects like drinking water, education, electricity, non-conventional energy sources, health and family welfare, sanitation, irrigation, roads and sports, among others.

The funds can also be used for projects in areas affected by natural calamities like floods, earthquake and drought too. The funds released under MPLADS are 'non-lapsable’ i.e. funds not released in a particular year are carried forward to subsequent years, subject to eligibility.

Let us look at the top 10 states selected on the basis of representations in the Lok Sabha and the Rajya Sabha. The graph below shows the utilisation of funds by both Lok Sabha and Rajya Sabha members.

The graph above indicates that 12% of the total MPLAD funds remain unutilised. Bihar has the lowest utilisation of funds among the top 10 states with 84%. The highest utilisation among the top ten states was in Tamil Nadu with 94% and only Rs. 193 crore being unutilised. The 14th Lok Sabha had unutilised funds of Rs 2,404 crore while the unspent balance for the 15th Lok Sabha is Rs 4,138 crore. This could be due to the fact that the amount per MP for Lok Sabha was increased from Rs 2 crore to Rs 4 crore.

Mr Gandhi’s contention is that the funds provided under the scheme is not enough to complete the works and cannot cover the area under the MP’s constituency. However, a study conducted by the Planning Commission points out that CAG and the study group found that financial mismanagement of the scheme (like the lack of utilization certificates for the funds) leads to inflated reporting of the amount spent.

According to the CAG report of March 2011 “the fact that the funds under the scheme are non-lapsable leads to a large amount of unspent balance, which is rising over the years.” Reasons for this, cited by Collectors and development functionaries, include recommendation of fewer works by some MPs and inadequate allocation for individual works.

Mr Gandhi is, at some level, right in pointing out that MPLAD funds are not adequate enough. But it also needs to be known that the current scheme has a few loopholes (like lack of utilisation certificates and delays in sanctions) and that even the available funding is not reaching its true beneficiaries due to misreporting of usage or the non-lapsable nature of the of fund itself.