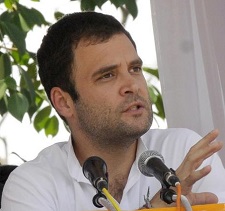 At an election rally in Rajasthan recently, Congress vice president Rahul Gandhi claimed the Congress-led Government in the state added 7,200 megawatts of power capacity over a five-year period compared with 1,500 megawatts during the previous BJP administration headed by Vasundhara Raje.

According to the Load Generation Balancing Report 2013-14 of the Government’s Central Electricity Authority (CEA), Rajasthan faced a 5% deficit in peak demand in 2012-13.

Let us now compare Rajasthan to its neighbouring states like Gujarat, Madhya Pradesh and Maharashtra. The installed capacity of Gujarat, for example, increased from 9,864 MW to 15,306 MW between 2009 and 2012, an increase of 5,442 MW.

From the two sets of figures, it would appear that the present Government added or saw more capacity addition than the previous one.

This, of course, is a 'cold-fact’ observation and does not take into account the prevailing conditions in terms of project clearances or projects begun earlier which fructified later.

The Survey does speak of wind energy potential of 5,400 MW and other potential sources like biomass energy and solar energy. And the central Government has announced plans to set up the world's largest solar power project with a total generation capacity of 4,000 MW in Rajasthan.

However, the claim of Congress vice president Rahul Gandhi that the Rajasthan Government added 7,200 MW, particularly if the reference was to capacity already running, might not be accurate.