Fact Check: Modi On Crimes Against Women In Uttar Pradesh 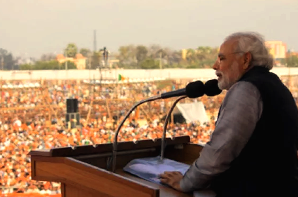 Gujarat Chief Minister and Bharatiya Janata Party’s Prime Ministerial candidate Narendra Modi, while launching an attack on the law and order situation in Uttar Pradesh under the Akhilesh Yadav Government, said: “There were over 20,000 cases of atrocities against women in UP alone”.

Earlier, IndiaSpend had reported that UP, Delhi, Rajasthan, Haryana and Madhya Pradesh account for 84% of total complaints with National Commission for Women (NCW).

We will now look at National Crime Records Bureau (NCRB) data to see whether there is any truth in what Modi said in UP on Sunday.

Modi could have been referring to the figures in 2013 for which data has not yet been published by NCRB. However, the number of crimes against women has not dropped below the 20,000-mark for the last five years, and has also been increasing steadily. Considering this, it is likely that crimes against women could be more than 20,000 cases in 2013 as well.

The issue of cruelty by husband and his relatives is something we had looked at in an earlier report, and concluded that cruelty at home is the fastest growing crime against women, which can be seen in UP as well.