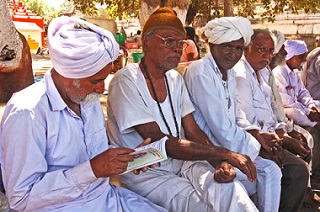 Congress general secretary and former Chief Minister of Madhya Pradesh Digvijay Singh claimed recently that the Bharatiya Janata Party (BJP)-ruled Gujarat has the highest per-capita debt in the country. As an immediate retort, BJP claimed that the per capita debt in Gujarat is lower at Rs 23,000 than the national average of Rs 33,000.

Both are right but while the prospect of Gujarat’s citizens walking around with debt-laden shoulders sounds amusing, we thought we would also point out that the state of Maharashtra has the highest absolute debt. Which is a figure to worry about as well. 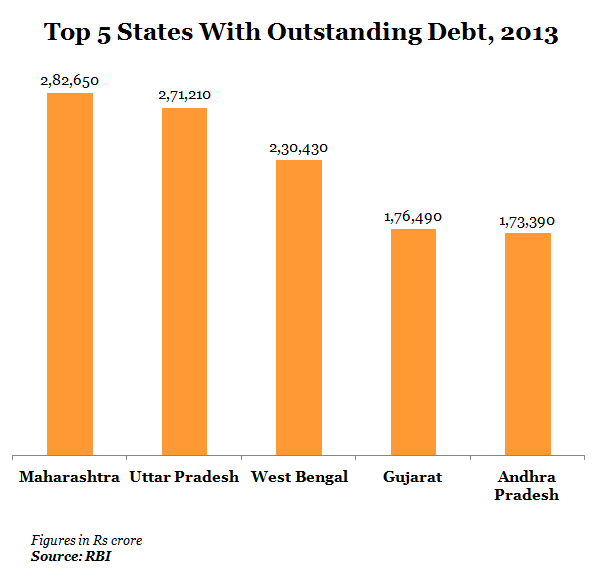 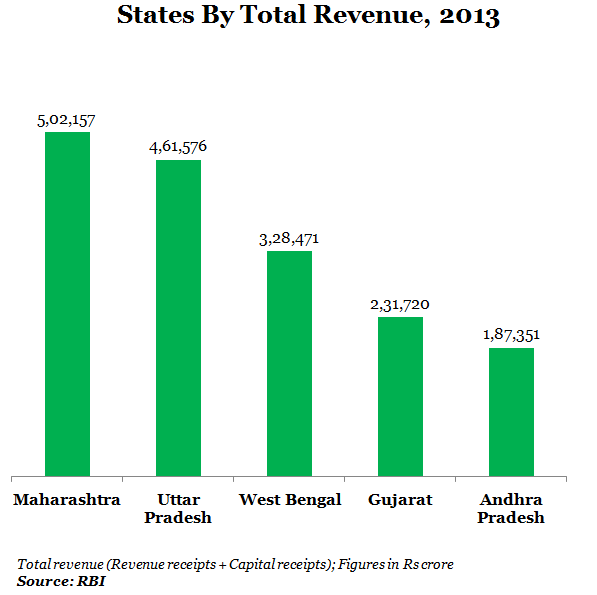 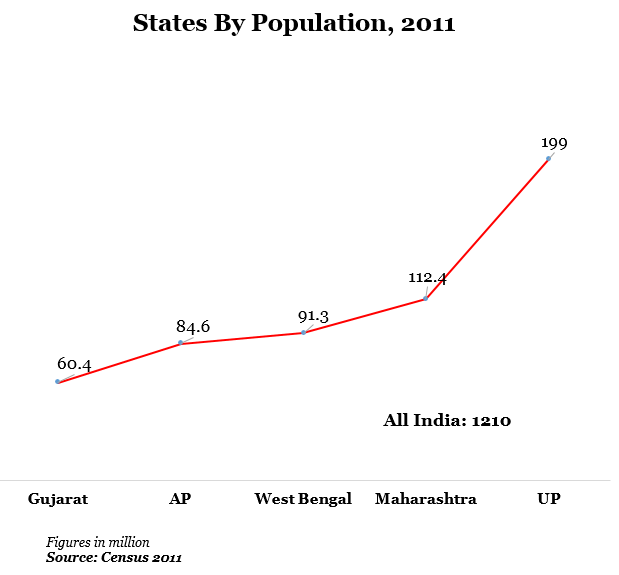 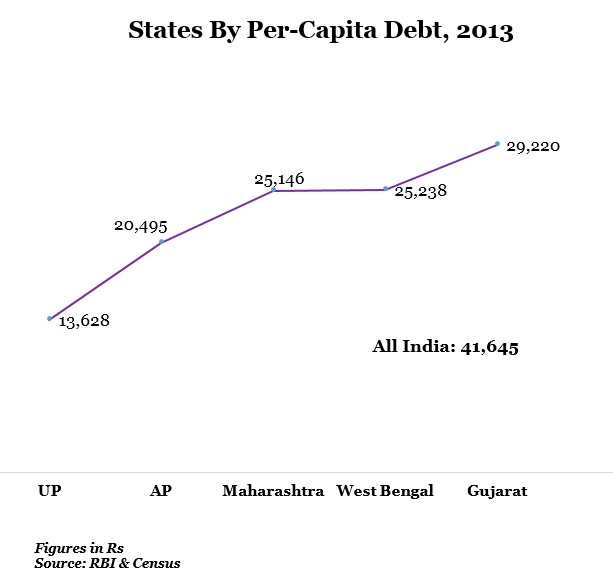 We asked Ajit Ranade, Chief Economist, Aditya Birla Group, what he thought of assessing a state’s debt burden. According to him, “Assessment of the size of state debt should be looked at on the basis of three criteria. First, growth of nominal income (or state GDP), second, growth in tax revenue and finally the nature of spending for which the debt was taken for; which is the proportion of capital (infrastructure) versus current expenditure (like salaries of employees).”

Debt in itself is not a bad thing. As we’ve pointed out before while studying balance sheets of many states, an important factor to look at is the state and the rate of income generation. States like West Bengal have perhaps the most to worry about in that context. Gujarat evidently less so.