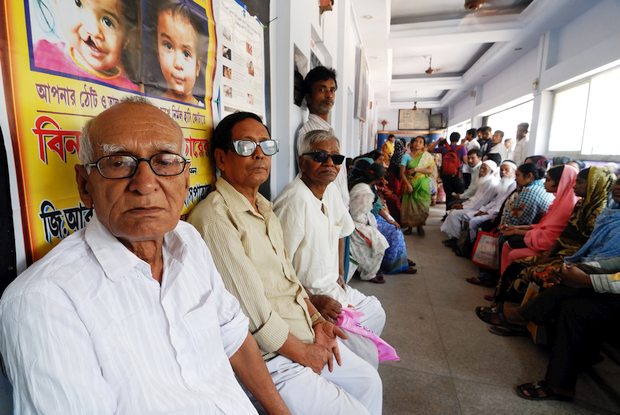 Frequently criticised for having one of the emerging world's most ramshackle health systems, India had committed to increase its spending on health to 3% of Gross Domestic Product (GDP) from about 1% at present.

Instead, the government of Prime Minister NarendraModi, fighting a tight fiscal situation, will cut India's health budget by 20%, according to this Reuters report. India's healthcare budget has already witnessed a 29% decline over the past year, from Rs. 29,165 crore in 2013-14 to Rs 20,431.4 crore in 2014-15.

India's health spending was strongly disproportionate to its 21% contribution to the global burden of disease. Its new budget, of about Rs 16,350 crore, will account for a fraction of global spending on health.

This is bad news, any way you look at it. As IndiaSpend points out in this story, India already lags emerging nations on every health indicator.

With fewer doctors, hospitals and other health infrastructure than any of the BRICS (Brazil, Russia, India, China, South Africa) and the lowest public-health spending, India, already the poorest among these countries, forces its people to spend a greater percentage of their incomes on private healthcare than any other BRICS nation.

Let us now compare government spending in other BRICS nations, which have, along their developmental path, faced the same, or worse, hardship than India.

What happens when the government spends less money on healthcare? Individuals must spend more, eventually retarding their per capita income. Unsurprisingly, healthcare, or the lack of it, has been cited as one of the major reasons that Indians fall back into poverty. It is also reflected in the country's consistently high disease burden.

The following table compares the spread of communicable diseases in India with other emerging nations:

Source: WHO statistics of 2014

India has the highest number of cases of leprosy malaria, measles and tuberculosis.

The table below compares mortality rates for mothers and children to explain their dismal state, among the world's worst:

A previous IndiaSpend report revealed that despite improvement, progress in improving the condition of women and children is slow.

India's health infrastructure, as the table below shows, is drastically inadequate:

The 12th plan document highlights two important observations on the health sector.First, the inadequacy of infrastructure. Compared to other BRICS nations, there are fewer doctors, nurses and hospital beds, exacerbated by wide geographical variations across the country. Rural areas are especially poorly served.

The table also shows that even the money budgeted is not fully used. In 2011-12, all the money was used, but in later years only 77% of the total funds allocated were used. For 2014-15, only 25% of the budget was utilised up to October 2014, with only five months to go for the next budget.

The table below shows two important indicators in health spending, private expenditure on healthcare and out-of-pocket expenditure, defined as any direct expenditure by households on doctors, medicines, therapy and other medical goods and services.