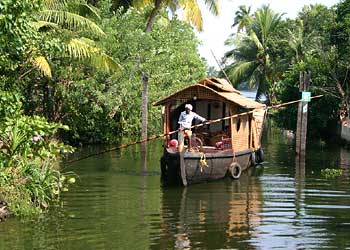 Kerala, God’s Own Country, is a sharp study of contrasts.

* Sector-wise, services contributed 63% of the income while secondary and primary sectors accounted for 21% and 15%, respectively.

* Kerala was the first state to report 100% literacy in a district, and now has a literacy rate of 94%.

Now, the other side of the story.

* Kerala has the highest per capita consumption of alcohol in the nation- more than 1.76 gallons per person a year. Kerala is followed by Maharashtra and Punjab.

* Crime against public order and riot cases were the highest in the state; and 5 police districts in the state reported over 10,000 IPC crimes during 2012.

*Finally, Kochi reported the highest crime rate of 817.9 among the mega cities as against the national average of 196.7...

The question is – what ails the ‘Kerala model’ of equitable growth, which emphasised land reforms, poverty reduction, educational access and child welfare? Arguments in favour and against the ‘Kerala model’ have been on for quite a while. This should add grist to the mill.