Why Thousands Are Fleeing The River Islands Of Bangladesh
How A Labour Helpline Is Helping Informal Workers Recover Wages
Muslim Population Growth At 20-Year Low
Haryana’s Sex Ratio No Longer India’s Worst, But Attitudinal Change A...

Elections 2014: The Top 10 State Parties That Will Decide Outcomes 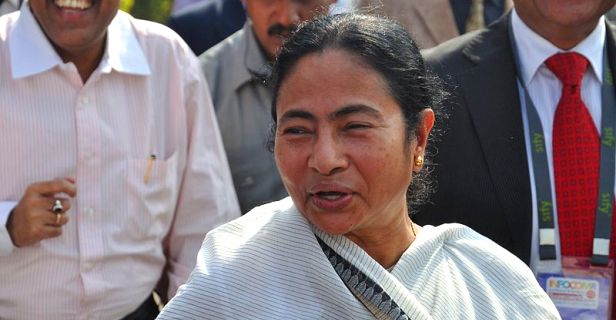 Let us take a look at the top 10 state parties of India: 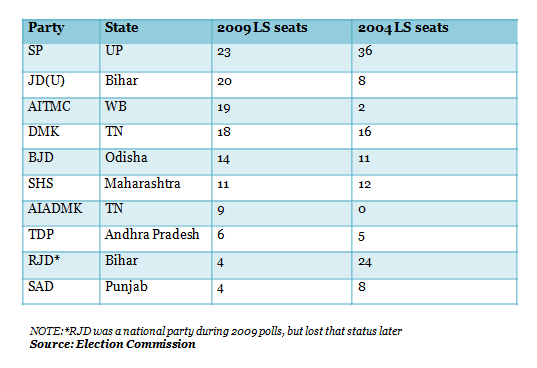 These parties are important in Indian politics not only because they hold a considerable chunk of seats in the Lok Sabha but also because of their influence in the respective states. All these parties have a strong hold on the state Governments and the Chief Ministers in these states mostly belong to these parties.

The exceptions are Maharashtra where the Shiv Sena had a brief stint in power from 1995-1999, and West Bengal where Mamata Banerjee’s All India Trinamool Congress was able to uproot the 34-year long Left rule only in 2011.

India’s Election Commission has classified political parties in three categories: national parties, state parties and registered (unrecognised) parties. All parties that contest the elections are registered with the Commission with a symbol allotted to them. But they get recognition as state or national parties based on their performance in the elections- the vote share they get and the number of seats they win.

National Parties - A party is recognised as a national party in India when it has candidates contesting elections to the Lok Sabha from four or more states. The party must be a state party in four or more states as well. Also, it must have won at least 2% of the total seats in the last Lok Sabha.

IndiaSpend, in an earlier report, tried to explore how national issues do not cloud the regional concerns of citizens in national elections. It is because of the mobilisation of these state parties that the balance between national and regional interests is maintained in India.

The first successful coalition Government at the centre was the Bharatiya Janata Party (BJP)-led National Democratic Alliance (NDA) Government from 1999 to 2004. Successful because it lasted the full term. Other attempts at coalitions only led to instability in the Government, and commentators had begun to question the Parliamentary system in India. Now, the Indian Parliament has seen three terms of coalitions, two terms of UPA included.

Some theory here. The importance of the state parties lies not only in the fact that they rule in the states but also in coalitions. By supporting the Government, they help in maintaining stability. At the same time, they check the centralising tendencies within the polity. Policy in India is, therefore, no longer formulated by a central Government. Leaders from state parties have charge of important ministries in the central Government and can influence the decision-making process.

AAP: The New Contender And Some Lessons From the Delhi Elections In 2013

After the Delhi elections, Aam Aadmi Party (AAP) became a state party in Delhi. Not only was AAP able to rise to the status of a recognised state party but it also got a chance form the Government after its very first contest.

As new parties enter multi-party politics, votes get divided and one party’s loss is another party’s gain. We saw in the Delhi elections how AAP won both Congress and BJP seats. It won 17 of Congress’ 43 seats from the previous assembly and 11 out of 23 BJP seats. BJP emerged as the single largest party because the election was mostly anti-Congress rather than pro-BJP or pro- AAP. Thus, BJP also got 17 of Congress’ seats.

The impact of the anti-corruption agenda of AAP cannot be overlooked, and the manifestos of all parties find a section devoted to the issue. Also, the rise of this party to power in Delhi has definitely made others concerned about losing not only votes but also seats to them. Of course, voters across India may or may not be driven by the same motivations as those in Delhi.