Eat A Billion Bacteria A Day For Better Health 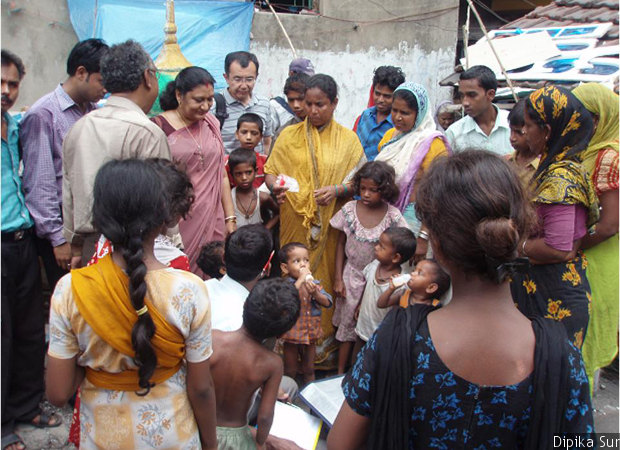 Probiotics--good gut bacteria typically found in enriched foods--have shown immense potential to fight diarrhoea, a leading public health challenge in India. Over 12 weeks, the daily consumption of a probiotic drink reduced the occurrence of acute diarrhoea in young slum-dwelling children in Kolkata by 14%, according to a June 2011 study.

Food is comforting, it can be a heady gastronomical experience, and many traditional systems of medicine believe various foods can help prevent and cure disease. Now, new research is confirming that foods containing probiotics--health-enhancing live microorganisms such as bacteria and yeasts--and prebiotics--non-digestible plant fibres that promote the growth of probiotics--can complement and, in some cases, even replace medicine.

No less an authority than the World Health Organization tells us that probiotics can improve our health when consumed in sufficient quantities.

Gut microbiota, the collection of symbiotic microorganisms in our digestive tract, is known to play a crucial role in our digestive health, and is implicated in a range of diseases including asthma and diabetes. And pre- and probiotics-rich foods and supplements help maintain an optimal ecology of such microorganisms, which offers a wide range of health benefits.

This study has important implications for India, where chronic kidney disease was the eighth leading cause of death in 2015, according to a Global Burden of Disease study.

The benefits of pre- and probiotics are even more remarkable in fighting diarrhoea, a leading public health challenge in India that claims the lives of 13 children below five years every hour, or 328 children every day.

Over 12 weeks, the daily consumption of a probiotic drink containing Lactobacillus casei Shirota—named for Japanese scientist Minoru Shirota, who isolated it in 1930—reduced the occurrence of acute diarrhoea in young slum-dwelling children in Kolkata by 14%, according to a June 2011 study published in Epidemiology and Infection. 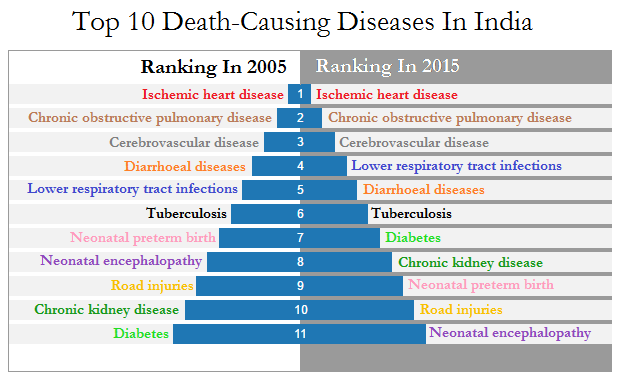 Probiotics can favourably impact hypercholesterolemia (high cholesterol) and insulin resistance—precursors of heart disease and diabetes, respectively, which the 2015 Global Burden of Disease study ranked as the top and seventh cause of death in India.

They can also help alleviate constipation, which one in seven Indians suffers from, as well as indigestion, which afflicts three in 10 of us.

Lata Pathak, 71, a Mumbai housewife, developed sluggish bowel movements and heartburn four years ago. These complaints exacerbated her diabetes, which she had managed to control well for over a decade with dietary precautions and medication.

“I used herbal potions for the constipation, but wanted to come off those because they are habit-forming,” she told IndiaSpend. A dietician prescribed, simply: 30 grams of oats, three servings of curd and one elchi (dwarf) banana daily.

It did the trick. Pathak has not needed the herbal potions since. “My constipation and acidity are gone and my blood glucose readings are better than before,” she said.

How do pre- and probiotics work?

Amul’s probiotic ice-cream, for instance, contains 1 × 106 colony-forming units (cfu) each of the popular probiotic strains Bifidobacterium lactis Bb-12 and Lactobacillus acidophilus La-5. A daily 54 gram serving has been shown to reduce the level of Streptococcus mutans--salivary bacteria that cause dental caries--in 6 to 12-year-olds by 12.5% in just a week, according to a September 2015 study in the Journal of International Oral Health. 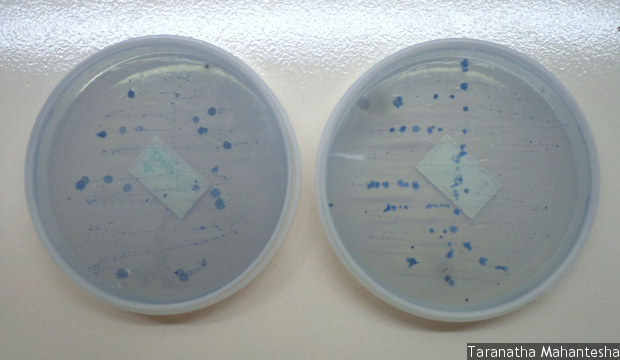 Probiotics work by replacing bad bacteria. A daily 54 gram serving of Amul’s probiotic ice-cream reduced the level of salivary bacteria that cause dental caries in 6 to 12-year-olds by 12.5% in just a week, according to Taranatha Mahantesha, lead researched of a 2015 study.

The study on chronic kidney disease used capsules containing 15 x 109 cfu each of the Streptococcus thermophiles, Lactobacilllus acidophilus and Bifidobacterium longum, and 100 milligram of a prebiotic.

This supplement worked by modifying the intestinal microbiota of renal disease patients and thus reducing the production of uremic gut toxins, Malleshappa told IndiaSpend, adding, “I now recommend probiotic and prebiotic supplements to chronic kidney disease patients who can afford them.”

Which probiotics will work for you?

“All probiotics are associated with some core benefits like restoration of healthy gut flora disturbed as a result of infection, antibiotic consumption and poor diets,” Batish says, adding, however, that their functional efficacy is highly strain-specific. This means that every culture has specific attributes, with certain strains being more efficient against conditions such as diarrhoea and diabetes, and potentially against neurological disorders such as autism, Parkinson’s disease and schizophrenia.

For instance, this September-October 2015 review article in the International Journal of Pharmaceutical Sciences Review and Research reported that diabetics had fewer Clostridia, Bifidobacterium and Faecalibacterium prausnitzii bacteria, and more Beta-proteobacteria, than non-diabetics, an aberration associated with increased inflammation and insulin resistance, and hence, higher blood glucose levels.

Batish said there is huge scope to research the bacteria that have evolved in and effectively colonised Indian guts with a view to developing appropriate probiotic foods and supplements.

What this means for you, in brief, is you may need to consult a specialist to identify the pre- or probiotic foods or supplements best suited to your health needs, and the dosage.

Experts say everyone can benefit by increasing their intake of prebiotics, but probiotics taken in excess can be counter-productive.

“Depending on your calorific need, you could consume 6 to 12 servings of prebiotic-containing foods, with a couple of servings of probiotic foods,” Pathak says.

Probiotics, to be effective, must be taken over a period of time—the longer, the better.

“Based on our findings, if we had had the funds to continue the probiotic supplement for up to six months, the protective effect would have touched 30%,” Dipika Sur, the principal investigator of the Kolkata study on acute diarrhoea and former director-grade scientist, National Institute of Cholera and Enteric Diseases, Kolkata, told IndiaSpend.

However, dosage must be chosen carefully because if taken in excess, probiotics can cause bloating and nausea, which, Pathak says, is a commonly reported side-effect of high doses of readymade probiotic dairy foods. When this happens, she suggests a change of the product, or a go-slow approach like diluting it.

Also, not all packaged probiotic foods—such as ice-cream—are healthy like they claim to be.

“Our finding does not mean that eating probiotic ice-cream is a must,” Mahantesha of the oral hygiene study, said. “Think of the unwanted calories from sugar… But if you or children must eat ice-cream, choose a probiotic variety.”

Figuring out if a packaged probiotic food is too bacteria- or calorie-intense may become easier after January 1, 2018, when the Food Safety and Standards Authority of India’s (FSSAI’s) labelling requirements for eight categories of foods including probiotics come into effect.

Companies will have to clearly mention the genus, species and strain of the microorganisms, their viable number at the end of shelf life, the recommended serving size, the nutrient composition, and so on.

“Full labelling will ensure that customers do not get taken for a ride,” said Batish.

Yes, and pave the way for food to be thy medicine.