Down The Drain: India’s Costly (And Losing) Irrigation Battle 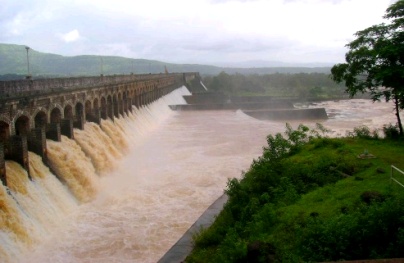 The central government has spent nearly Rs 200,000 crore from the First Five-Year Plan to create an irrigation potential of around 109 million hectare.

IndiaSpend’s Prachi Salve finds out in this detailed report how India’s irrigation efforts have lagged considerably, affecting both the country’s ability to counter poor monsoons as well as improving agricultural productivity.

Irrigation has played a major role in agriculture in India. The gross irrigated area, as a per cent of gross cropped area, has increased from 34 per cent in 1990-91 to 45.3 per cent in 2008-09. Nearly 80% of public investments have been diverted to irrigation. India currently has an overall irrigation potential of 140 million hectares out of which about 109 million hectares have been created and around 80 Mha utilised. The table below shows the total expenditure by the Indian government on irrigation and flood control.

It can be seen from the table that the percentage of spending on irrigation with respect to overall expenditure has gone down from 22.54% in 1951-56 to 6.19% in 2002-07. However, the expenditure on irrigation projects has increased from Rs 376.2 crore in the First Plan to Rs 83,647 crore in the Tenth Plan. Since there is high variability of rainfall in India, there is an acute need to conserve surface water. According to the Planning Commission, a total of about 225 billion cubic meters (BCM) of surface storage capacity has been created till now. The per capita storage capacity of India is 190 cubic meters, which is very less compared to countries like USA, Australia, Brazil & China, which is around 5,961, 4,717, 3,388 and 2,486 cubic meters, respectively. The demand gap could be 250 BCM by 2050, and the burden on surface irrigation will be 150 BCM even with groundwater provision.

The Accelerated Irrigation Benefit Programme (AIBP) was launched in 1996-97, and has increased area under irrigated cultivation to 5.3 Mha in the Xth Plan from 4.10 Mha during the IXth Plan. Nearly 287 major/ medium irrigation projects have been included under AIBP out of which 134 projects have been completed and central assistance amounting to Rs 48,747.81 crore has been provided to the states so far since the inception of the programme. The state governments have reported 557 projects, which will spill over from the XIth Plan.

Table 2: Spill Over Of Projects

Delays in construction of railway/highway crossing, land acquisition, improper synchronization of project components and delayed tendering and contract management lead to projects not getting completed on time. This further leads to time and cost overruns. Some of the on-going projects have been interchanged among the classifieds heads of major, medium and ERM projects. So, the total number of spill over projects in the XIIth Plan is 337 including 154 major, 148 medium and 35 ERM projects. It also needs to be noted that nearly 187 (i.e., 74 major, 98 medium and 15 ERM) out of the 337 projects are unapproved due to the failure of state governments to get clearances and the lack of central assistance for implementation.

It is seen from the table that the gap between the Irrigation Potential Created (IPC) and the Irrigation Potential Utilised (IPU) is steadily increasing. For the First Plan, the potential created and utilised was almost equal: 12.2 Mha. By the time of the IXth Plan, the gap has increased: while potential created was 37.05 million hectare, potential utilised was only 31 million hectare. It is clear that capital investment is not translating to proper utilisation of potential.

The Ministry of Water Resources had commissioned the Indian Institutes of Management (Ahmedabad, Bangalore, Kolkata and Lucknow) to analyse the trend, and the following reasons were highlighted by them:

Major reforms are needed in irrigation projects, mainly around capacity building and user engagement. The government needs to focus on building capacity and reduce time and cost overruns. Participatory Irrigation Management (PIM) has been highlighted as one of the possible solutions in the national water policy of 2002. PIM involves engagement of farmers and other end users in various aspects of planning, design, development and management of water schemes. The central government has managed to convince 15 states so far to adopt the PIM approach, and successful functioning has been reported by states like Maharashtra, Gujarat and Andhra Pradesh and Orissa. The battle to provide superior irrigation coverage to India’s farmers is going to be a long one.