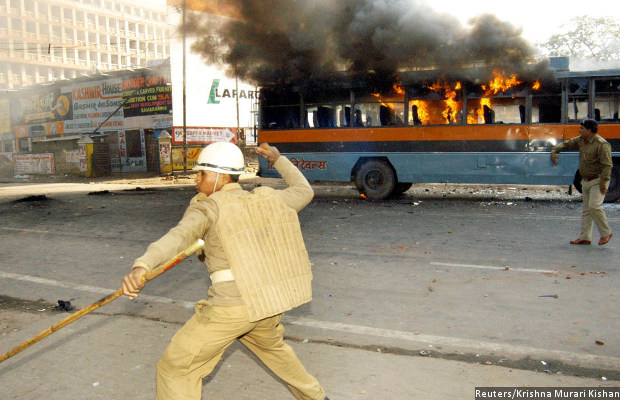 If this is an analysis that is hard to believe—especially after a slaying in a road rage and a journalist’s murder sparked debates of Bihar’s “jungle-raj”, a reference to anecdotal evidence of impunity over growing crime—that is because the data are not what they appear.

As we disassembled the data, it became evident that some crimes, such as rape and assault, could be hidden or not reported, but others that result in a body—such as murder or dowry deaths—were harder to hide. A state of 104 million people, Bihar appears to be fighting crime by manipulating data, much like its neighbour and India’s most-populous state, Uttar Pradesh, whose methods of holding down crime—by not reporting it—were revealed in an IndiaSpend investigation last year.

Bihar’s chief minister Nitish Kumar has previously claimed that his state does much better on crime than states ruled by the Bharatiya Janata Party (BJP), such as Gujarat and Madhya Pradesh. Other defenders of the regime have claimed that crime has fallen under the regime of Kumar and his alliance partner, Lalu Prasad.

The brazen manner of recent crimes finds echo in 68% decline in convictions over five years, as IndiaSpend reported last week.

Growing public fear over crime is not reflected in the state’s crime data. In 2014, the latest year for which data are available, Bihar reported 177,595 cognizable crimes—those that can be investigated by the police without judicial oversight—while the Hindi-belt states of Madhya Pradesh (MP) and Rajasthan recorded 272,423 and 210,418 such crimes, respectively.

However, Bihar has a population of 104 million while MP and Rajasthan have 72.6 million and 68.5 million, respectively, according to Census 2011.

Similarly, Bihar outperforms Madhya Pradesh and a host of higher-income states, such as Rajasthan, Gujarat and Kerala; all report a far higher rate of cognizable offences.

Bihar’s low crime rate is striking because it is a poor state with India’s lowest per capita income and is third from the bottom on the Human Development Index (HDI) of Indian states. The HDI is an index that includes life expectancy, education and income. Kerala tops India’s HDI index.

As we check Bihar’s other crime data, explanations emerge for these inconsistencies.

The bodies that Bihar cannot hide—murders and dowry deaths

Bihar recorded 3,593 murders in 2014. MP reported 2,310 and Rajasthan reported 1,688. These data appear to better correlate with population and development.

Bihar’s murder rate—or murders per 100,000 people—is higher than either MP, Rajasthan, Gujarat or Kerala. One possible explanation is that Bihar is generally low on crime but, for some reason, is more prone to murder.

The other explanation is that crime in Bihar is under-reported—a process called burking--except for murder, where there is a body that cannot be ignored without some form of due process. Bihar’s murder rate is substantially worse than other larger states and above the national average.

A similar trend is evident with crimes against women. For instance, in 2014, Bihar reported 574 assaults on women “with intent to outrage modesty”, to use legal parlance. MP reported 9,618 such cases while Rajasthan had 6,015. Kerala, with one-third the population of Bihar, and a better place for women, reported 4,412 assaults, about eight times as many.

Does this mean Bihar is a better place to be a woman, despite lower incomes and living standards? Again, the data do not suggest that.

Bihar reports more dowry deaths than Madhya Pradesh, Rajasthan, Kerala and Gujarat combined. This statistic doesn’t appear to indicate social respect for women. One explanation is that women are indeed a target of violence, but crimes against them are not reported. However, as with general murders, a dowry death produces a body, a situation hard to hide.