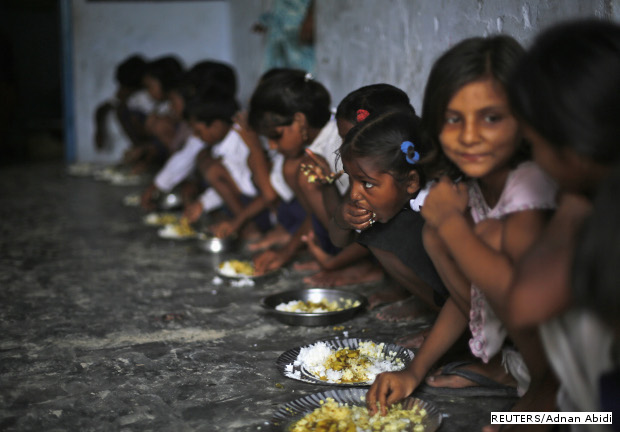 Finance Minister Arun Jaitley slashed funding on health, education, environment and other social sectors, explaining that since more money than ever before was being given to the states, they could decide their spending priorities.

But an IndiaSpend analysis reveals that the money given to the states could be between 26% and 39% lower than last year.

With devolution and cooperative federalism key words in the budget this year, the latest Finance Commission recommendation increasing the share of states in central taxes from 32% to 42%, appears to indicate that a promise has been kept.

"Quite contrary to what has been the common perception about the implications of the 14th Finance Commission recommendations, the net increase in the spending capacity of state governments (resulting from the changes being introduced in Centre-State sharing of resources) in 2015-16 would be very modest," this report from the Centre for Budget Governance Accountability, a think tank, warned.

However you look at it, there will be significantly lesser money available for development, contrary to the Bharatiya Janata Party's pre-election promises in its manifesto.

As IndiaSpend previously reported, the budget for health is down 15% and education 16%, at a time when India's health, education and other development indicators are dismal. The budget for women and child development has been cut by 51%, and for the environment by 18%.

With a 74% literacy rate, India lags its BRICS (Brazil, Russia, India, China, South Africa) counterparts by a wide margin: Each of the other four countries boast literacy rates of more than 90%. It is much the same for India's health indicators.

So, where has the money gone?

To understand how social-sector cuts work, it is important to examine the expenditure budget--the section that deals with spending--of the government of India, which allocates money under “Plan” and “Non-Plan” heads.

The 12th five-year plan--which started in 2012 when the United Progressive Alliance (UPA) government was in power--is the last of its kind. It was this plan that first recommended a recast of the Planning Commission and reforms for devolution, after which funding for states was increased.

With the replacement of the Planning Commission in 2014 by the NITI Ayog, many operational issues are yet unclear.

Here is how budgets for social-sector programmes, meant for states, have been cut for the top five ministries responsible for releasing the money: 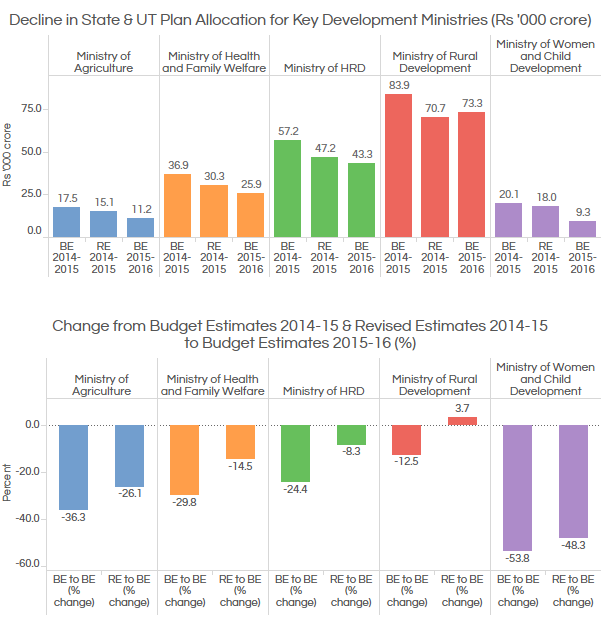 In its manifesto, the BJP had promised an increase in funding for health and education.

The agriculture budget also saw some cuts in plan allocation. The government said it has compensated by incentives in agricultural infrastructure development and skill development schemes.

The 14th finance commission reported that states often find it difficult to access resources set aside for centrally-sponsored schemes, since there are conditions to be fulfilled (for instance, states must first state what they need and demonstrate that they can spend the money). Other transfers are unconditional.

Let us examine some important schemes that the Centre pays for through its ministries. While the Pradhan Mantri Gram Sadak Yojna (PMGSY, the Prime Minister's Rural Roads Programme) and the Mahatma Gandhi National Rural Employment Guarantee Act (MGNREGA) have not witnessed much change, funds for child development and education have been halved. And the budget for the National Health Mission (NHM), although higher than the revised estimate for 2014-15, is down 16.5%. 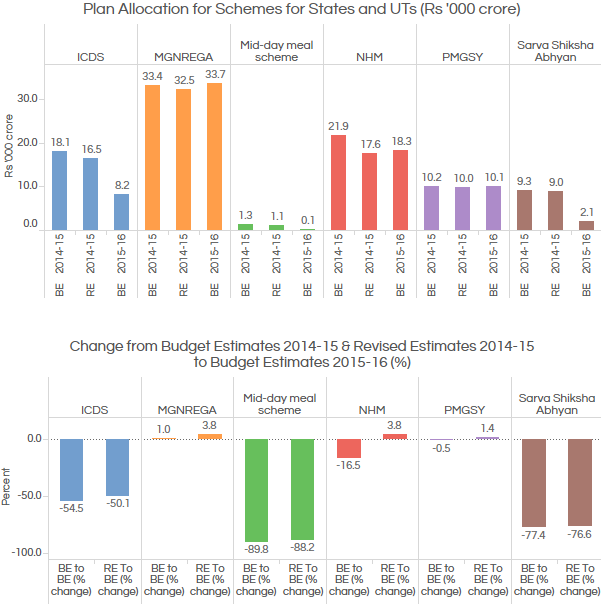 Starting from 2015-16, the Centre will not pay for what is called recurring expenditure, such as the staff salaries in the states for 24 schemes; such as, the National Health Mission, Integrated Child Development Services, Rashtriya Krishi Vikas Yojana (National Scheme for Farmers), Rashtriya Madhyamik Shiksha Abhiyan (National Mission for Secondary Educatio), National Rural Drinking Water Programme, Swachh Bharat Abhiyan, Indira Awas Yojana and National Rural Livelihoods Mission, according to the Centre for Budget Governance Accountability's report.

There is a good chance that many state governments might just close down these schemes.

Update: The link to the CBGA report has been corrected.