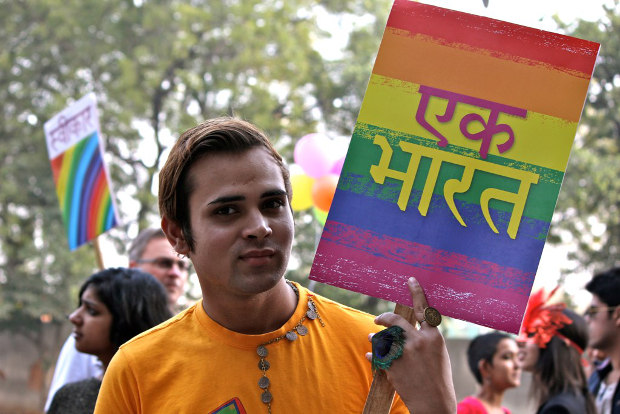 India’s opposition to benefits for same-sex partners of United Nations (UN) employees has drawn a lot of criticism.

What is even more embarrassing for India were the kinds of governments it was allied with during the UN vote on March 24, 2015.

Opposing the benefits with India were 40 countries, including several authoritarian regimes such as the one-party state of China and a country with little freedom of dissent, Russia.

A look at Economist Intelligence Unit's Democracy Index 2014 shows how all the countries that voted against benefits were less democratic than India. (See chart below)

80 countries supported the benefits including South Africa, a country which is fairly advanced when it comes to recognition of gay and lesbian rights. It allows kids to be adopted by same-sex couples and even prohibits discrimination in employment on the basis of sexual orientation.

Curiously, 10 countries that voted for benefits, such as Liberia and Sierra Leone, actually see homosexual acts as illegal, according to a 2014 report by the International Lesbian, Gay, Bisexual, Trans and Intersex Association. (See chart below)

With the opposition defeated, same-sex partners of UN employees will continue to be eligible for the same spousal benefits as opposite-sex partners. They would be eligible if they were married in a country or region that recognises same-sex marriage—even if it wasn't their own country.

India is one of a group of 78 countries that criminalises homosexuality and makes it punishable by either fines, imprisonment, corporal punishment or death.

As can be seen from the chart below, 39% of the world’s population live in countries where homosexual acts are illegal. Five countries (Iran, Saudi Arabia, Yemen, Mauritania & Sudan) even give the death penalty for homosexuality.

20 countries recognise same-sex marriages, with Netherlands having been the first to do so in 2000. 16 other countries, including Australia and Germany, recognise civil unions or domestic partnerships between gay and lesbian citizens, in place of marriages.

The Indian government said it wasn't opposed to same-sex partner benefits per se but to the way they were instituted by UN Secretary General Ban Ki-Moon. In India’s view, it was done unilaterally without consulting member nations.

India may feel its actions were justified, but it was tarred by association because of the unsavoury company it kept and its intentions seen as less than noble.