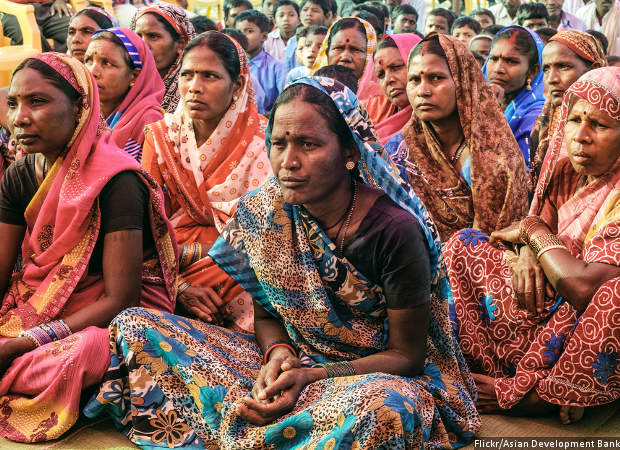 Women saved the day for India at Rio, and their growing presence was reflected in the 54 female Indian athletes--the largest number ever--at the 31st Olympiad. 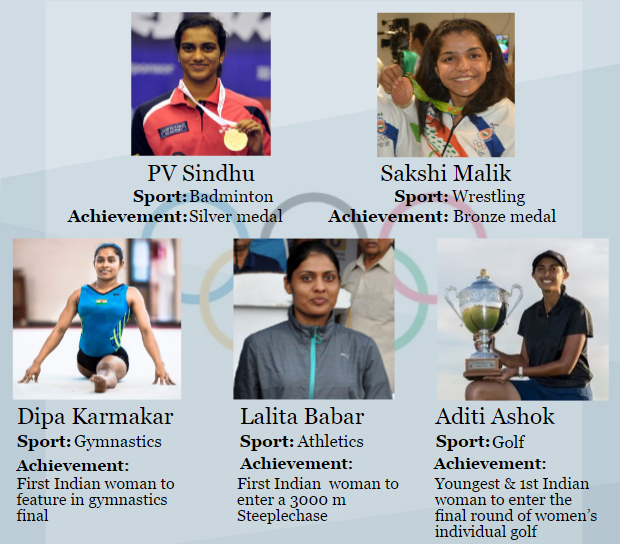 While those rising numbers indicate the progress made by Indian sportswomen--many from small towns and poor families--in particular, and Indian women in general, a quick look at five key parameters--working women, education, maternal health, age of marriage and abortion rates--reveals that India's women are routinely denied opportunities at education, work and even being born.

Women’s workforce participation in India is the lowest among BRICS nations. A host of other countries, such as Bahrain (39%), Malaysia (45%) and Somalia (37%), do much better, as IndiaSpend reported in March 2015, using World Bank data from 2014.

No more than 26% of India's women in India participated in the workforce, according to this 2013 Labour Bureau report. The rate improved to 27% in 2014, according to a 2015 International Monetary Fund (IMF) study that IndiaSpend reported in July 2016. This is a decline of up to 8% percentage point over 14 years; in 1999, up to 34% of women were a part of India's workforce.

While marginally more women work in India than in Pakistan (27% and 25% respectively), Pakistan’s female labour-force participation rate is growing--as India’s is declining. The percentage of women working in Bangladesh is two times that in India, IndiaSpend reported in March 2016.

Despite the increasing number of women pursuing secondary and post-secondary education, India’s women keep dropping out of the workforce. Since 2005, more than 25 million Indian women have left the labour force.

Almost 12 million women are enrolled in undergraduate courses, but few continue to professional courses; 600,000 women were enrolled for diploma courses, according to 2013 data, the latest available. Even fewer women sign on for PhDs and only 40% of PhD candidates are female.

In 2016, girls were more successful than boys in clearing 10th-standard exams of a national education board, a trend that has held over seven years, we reported.

3. Maternal Health: Best ever, but worse than poorer countries

India's maternal mortality ratio--the women who die during every 100,000 live births--was 167 in 2010-12, according to the latest government data available, a steady improvement.

India's maternal mortality ratio--174, according to World Bank estimates--is worse than countries in the neighbourhood, such as Sri Lanka (30), Bhutan (148) and Cambodia (161).

India does worst among the BRICS countries: Russia (25), China (27), Brazil (44), and South Africa (138); according to the World Bank's latest estimates, which differ somewhat from Indian sources' 167 but confirm the trends.

The average Indian woman is married at 21.2 years, according to Census 2011, an improvement from 19.3 years in 1990, according to a government report.

While education is an efficient contraceptive--Indian women with a college degree have 1.9 children during their lifetime, against 3.8 for illiterate woman--it appears to only marginally slow the inevitability of early marriage.

Despite a 26 percentage point rise in female literacy over two decades to 2011, it is hard for a woman to stay single beyond 20, as we noted earlier.

As many as 80% of illiterate children who married before 10 were girls--5.4 million (44%) of married children under 10 were illiterate–indicating how lower levels of education correlate with early marriage. Education also correlates with fewer and healthier children and healthier mothers.

Nearly 12 million Indian children were married before the age of 10 years, as IndiaSpend reported in June 2016; 7.84 million (65%) married children were female, reinforcing the fact that girls are significantly more disadvantaged. Eight in 10 illiterate children who were married were also girls.

Also, as many as 1,403 females never attended any educational institution for every 1,000 males who have not, IndiaSpend reported in November 2015.

If India’s child sex ratio does not improve, there will be 23 million fewer women (aged 29-40) than there should be by 2030, according to this United Nations Population Fund projection.

Sex selection was introduced in India to control population growth, based on the premise that since girls are hardier, all else being equal, more survive childbirth than boys. In 1975, a paper in the journal Indian Paediatrics argued that this excess of girls was "unnecessary fecundity and that elimination of girls would lead to population control”, wrote Sabu M George--a member of a committee to monitor a 1994 law that banned sex selection--in his February 2016 Indian Express column.