Bengaluru: In a May 20, 2020 press release on “how India ramped up COVID-19 testing capacity”, the Indian Council of Medical Research (ICMR) has claimed that India’s journey to becoming “fully self-reliant in its testing capabilities” has been “one about the steely resolve of multiple agencies”. It had “reached a landmark in its fight against COVID-19 by performing 100,000 tests in one day” on May 18, 2020, it said. Since then it has been reporting more than 100,000 tests every day, and reported 103,532 tests on May 21, 2020 (in the 24 hours until 9 a.m. that day).

In all, India has tested 2.6 million samples so far. 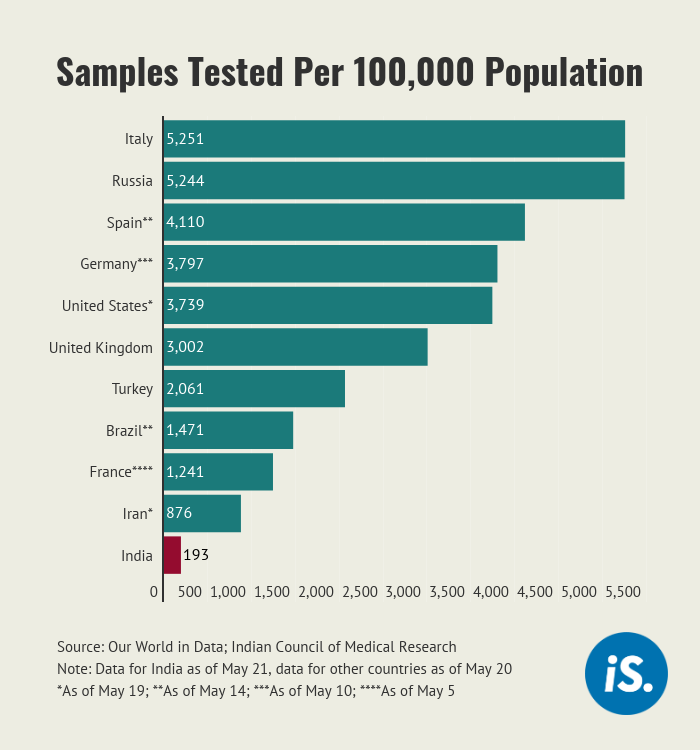 Despite an increase in cases and the lower numbers of tests, India has the lowest number of cases per 100,000 people (7.9) among the 11 most affected countries, claimed the health ministry on May 20, 2020, in the first press conference it conducted in eight days along with the ICMR.

(Paliath is an analyst with IndiaSpend. Jameela Ahmed has created the chart for this story.)