Despite Progress, Malnutrition Kills Too Many Indian Children 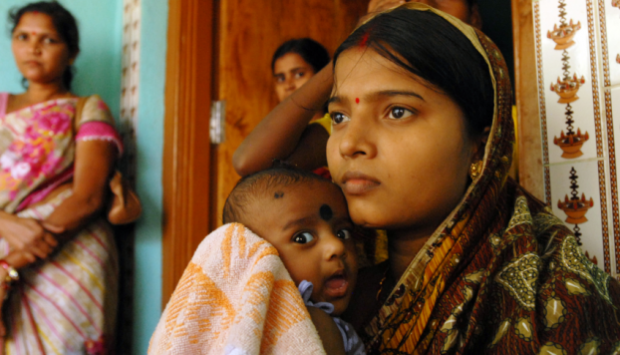 Fewer Indian children are dying from malnutrition than ever before—the under-five mortality rate has declined 55% over the last 24 years—but too many still die, and India lags the majority of the world’s countries, including poorer neighbour Bangladesh.

About 56 out of 1,000 kids under the age of five died in India in 2012, according to the Global Nutrition report, from malnutrition—the condition that develops when the body does not get the right amount of the vitamins, minerals, and other nutrients.

So, you solve it by getting better food to people, right? Well, it turns out that is just part of the answer. Studies from World Health Organisation (WHO) suggest that clean drinking water, proper sanitation facilities and female education play key roles in reducing the under-five mortality rate.

Let us now look at other areas like drinking water coverage, sanitation, female secondary enrolment and government expenditure. Drinking water, and more generally, “domestic” water (including water necessary for hygiene and sanitation practices), is often a source of disease because of its poor quality (it could contain bacteria, viruses, parasites as well as chemical agents) and scarcity. According to a WHO study, “inadequate sanitary conditions lead to the death of 1.5 million children each year worldwide with 88% of these deaths due to diarrhoea. Diarrhoea is often linked to insufficient quantities of water to enable a minimum of hygiene (e.g. washing hands), a situation frequently exacerbated by the absence of toilet facilities, which in turn leads to the contamination of drinking water and water resources in general.”

The number of Indian houses with piped water has increased since 2000, and so have sanitation facilities. While open defecation has come down from 63% in 2000 to 48% in 2012, it continues to be a matter of national concern.

Female education is a key reason for improving the nutrition rates of under-fivechildren and reducing mortality. This study found that children whose mothers have little education tend to have lower nutritional status than children of better-educated mothers. The impact of Sarva Shiksha Abhiyan, a central-government-sponsored education programme launched in 2000, is apparent on the rising enrolment figures of girls. While only 38% of girls were enrolled in secondary education in 2000, the number increased to 66% in 2011.

Figures in % of girls, Source: UNESCO Institute for Statistics 2014

Finally, the bad news: India’s child mortality rate when compared to other BRICS countries and the rest of the world is still high.

India can learn a lot from the state of Maharashtra, which has reduced the numbers of malnourished children by more than 12% between 2006 and 2012, largely due to the coordinated efforts of NGOs, government and the people.