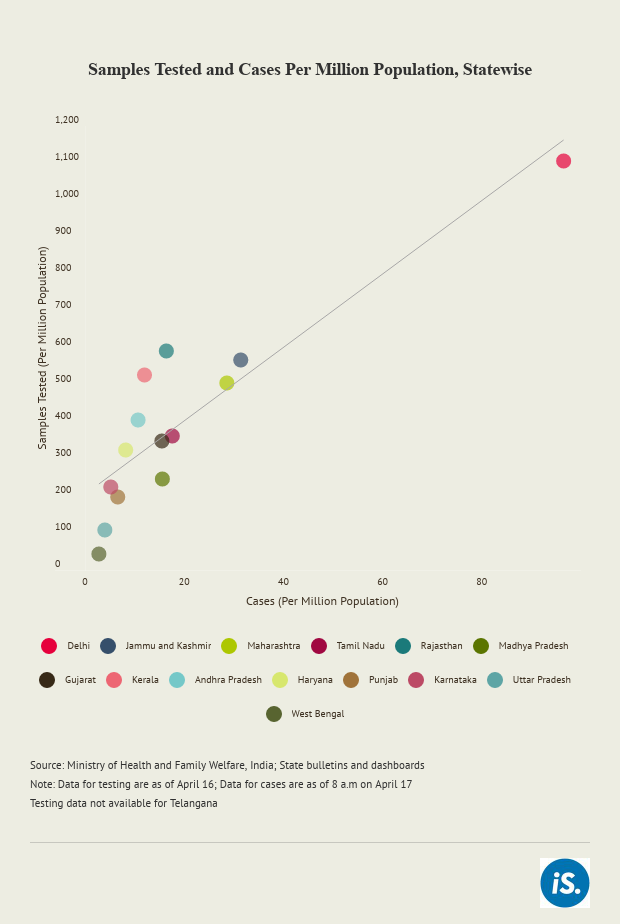 On the other extreme is West Bengal which, with a population of 91 million, has tested only 42 samples for every million. It has also detected the lowest number of cases--2.8 per million.

Similarly, Uttar Pradesh, the most populous state in India, has tested 107 samples per million of its 199 million population. There are 805 confirmed cases in the state, four for every million.

It still holds true that states testing more are detecting more cases, as we had found in the early days of the pandemic’s spread in India. Experts have been pointing out that India is not testing enough, and in fact, India fares poorly when compared with the US and Italy. 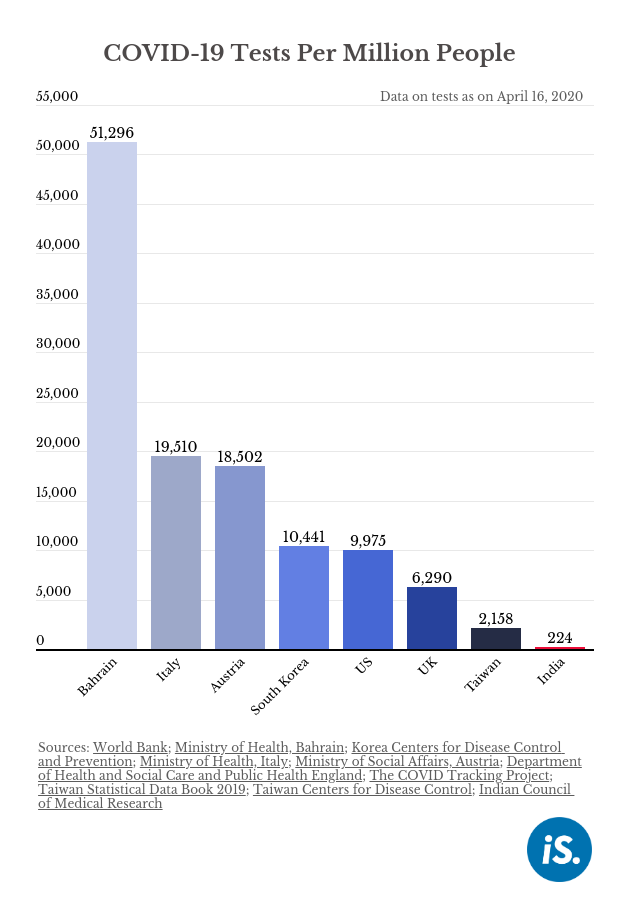 The Indian Council of Medical Research, however, denied this on April 16, arguing that only one in 24 tests in India is coming out positive, yet testing is carrying on apace.

On average, India is testing 224 people per million, while the 14 states we’re analysing average 370.

Among the states analysed, Delhi, Jammu and Kashmir, Maharashtra, Rajasthan, Kerala and Andhra Pradesh are testing more people than this average of 370.

Maharashtra--the only state with more than 3,000 cases, accounting for nearly a fourth of India’s cases--has tested the most in absolute terms, at 56,673. This comes to 506 tests per million--the fifth highest among the states analysed.

The outlier is Tamil Nadu, which, at 17.6, has more cases per million people than neighbouring Kerala (12), even though Kerala has tested 46% more than Tamil Nadu’s 361 per million.